Why Is a Large Group of Great White Sharks Forming off the Southeastern U.S. Coast? 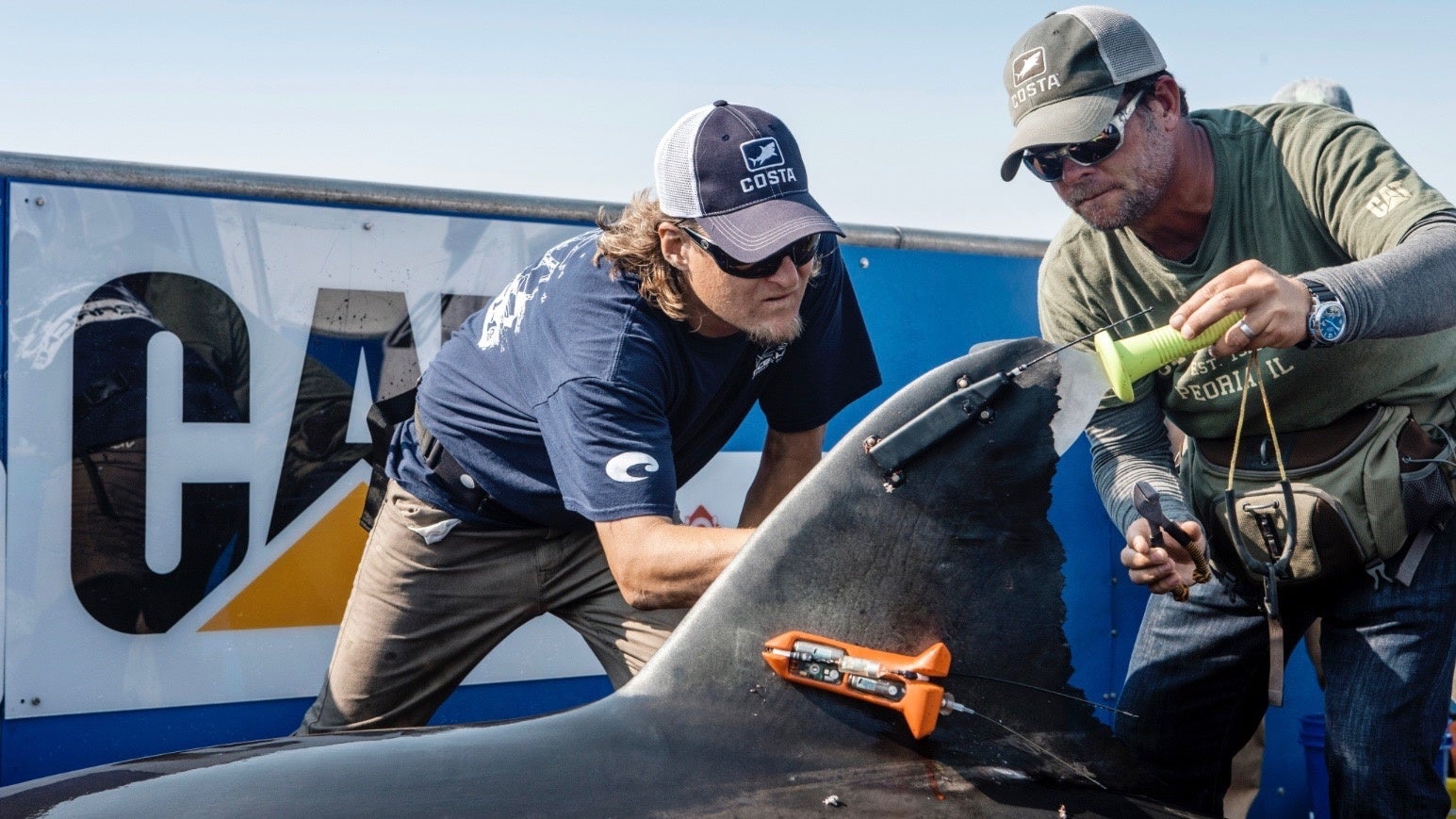 In recent weeks, scientists have spotted more than a half-dozen great white sharks gathering in Atlantic waters off the coast of the southeastern seaboard.

OCEARCH, a nonprofit organization tracking marine animals along the U.S. East Coast and beyond, shared their latest oceanic data showing at least ten white sharks seemingly on top of each other in Atlantic waters off the border of North and South Carolinas.

“What do you think could be causing this big gap in where white sharks are pinging right now?” the organization queried in a Facebook post. “There are pings in the Gulf of Mexico and then a big grouping in North Carolina/South Carolina but none in the middle.”

Social media users offered a variety of responses – perhaps early algal blooms may be affecting the animals’ ability to find food or maybe the fish are drawn in by a “huge annual congregation of bait and tunas.”

In actuality, the continental shelf waters off of North Carolina, South Carolina, Georgia and the east coast of Florida are a “winter hot spot for large white sharks” avoiding colder waters. In the last week, at least eight white sharks were detected in NASFA waters, including two adults named Hilton and Katharine. This area has seen the highest concentration of detections, lending more information about the animals’ mysterious life history in the Northwest Atlantic.

“The heavy concentration of our adult and near-adult white sharks in this region suggests it’s an important winter habitat, which OCEARCH and collaborating scientists are now referring to as the Northwest Atlantic Shared Foraging Area (NASFA),” OCEARCH said, adding that the team began studying sharks in this region in 2012.

The researchers add that Atlantic white sharks migrating to the NASFA is somewhat similar to those in Pacific waters who migrate from California’s Farallon Islands and Guadalupe Island off the coast of Mexico to a Shared Foraging Area (SOFA) collectively known as the “White Shark Café” between the Baja Peninsula and Hawaii. It is unclear what white sharks do once they reach their deep-water destination, but previous research has suggested that a combination of feeding and reproduction takes place, as was previously reported by NPR.

“The body of colder water trapped between the Gulf Stream and the coast is a key feature of this region,” Dr. Bryan Franks, OCEARCH collaborating scientist and assistant professor of marine science at Jacksonville University, said. “This ‘wedge’ of cold water extends from the Outer Banks in North Carolina down to Cape Canaveral in Florida. This feature results in a range of water temperatures in a relatively short horizontal distance from the coast out to the Gulf Stream. In addition, there is the potential for abundant prey in the migrating populations along the coastlines and in the dynamic mixing zone on the Stream edge.”

White sharks (Carcharodon Carcharias) are listed as “vulnerable” under the International Union for Conservation of Nature Red List of Species. Little is known about the Jaws star, whose population levels declined in the years following negative media attention surrounding its “maneater” reputation and years of trophy hunting. OCEARCH announced it will be launching a February expedition to investigate in greater detail the behavior and life history of sharks in the NAFSA.