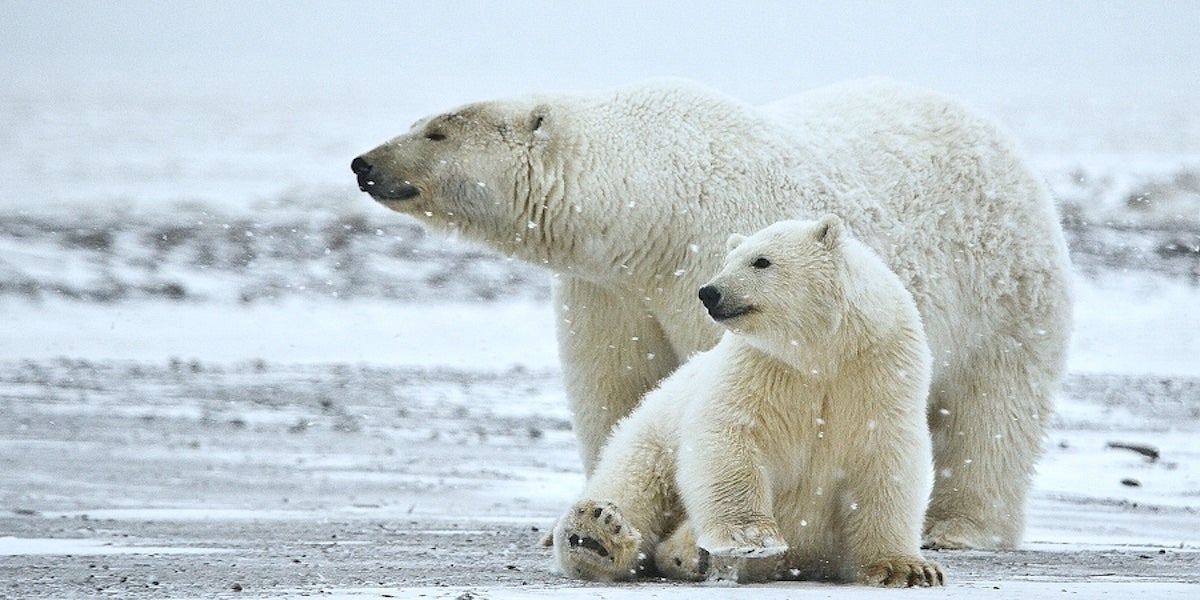 The
government shutdown has left thousands of federal employees without a paycheck, but the Trump administration is making sure energy companies can continue with plans to extract fossil fuels from public lands.

Even though the
Interior Department‘s Bureau of Land Management (BLM) is closed during the shutdown, agency employees organized public meetings for an environmental review for oil drilling leases in the Arctic National Wildlife Refuge (ANWR), according to Alaska’s Energy Desk.

When contacted Friday by Alaska’s Energy Desk, Hayes’ email account sent an automatic reply: “Due to the lapse in funding of the federal government budget, I am out of the office. I am not authorized to work during this time, but will respond to your email when I return to the office.”

BLM is using remaining funds from the previous fiscal year to pay for the work, BLM Alaska director Ted Murphy told Energy Desk in a statement.

Drilling in the pristine, federally protected Arctic National Wildlife Refuge—home caribou herds, polar bears, grizzlies and other unique species—had been off limits for decades, but the Trump administration has aggressively pushed for Arctic drilling projects on land and water under the guise of “energy dominance.”

What’s more,
Bloomberg reported that the Interior Department is also issuing permits for oil companies to drill wells in the Gulf of Mexico during the government freeze.

“The oil industry is still getting business as usual and everybody else is getting shut out, so it’s fundamentally not fair and it may be illegal too,” Matt Lee-Ashley, a former deputy chief of staff at the Interior Department, told Bloomberg.

Not all energy projects are moving forward during the shutdown. Environmental reviews of Dominion’s
Atlantic Coast pipeline and TransCanada’s Keystone XL pipeline have also been stalled by the shutdown, as well as permits to conduct seismic blasting in the Atlantic, Bloomberg reported.

Meanwhile—as the Trump-caused shutdown continues in its third week—garbage, human waste and vandals are destroying our National Parks, another bureau of the Department of the Interior.

Joshua Tree Closes because of damage during government shutdown. Park Rangers stated that "there have been incidents of new roads being created by motorists and the destruction of Joshua trees in recent days." #PublicLands @JoshuaTreeNPS https://t.co/zUi1wmiVJz

In a
letter sent Monday, Grijalva questioned why public meetings for the two Arctic energy projects moved ahead even though most agency staff have been furloughed and the Interior is reportedly not responding to public inquires on the National Petroleum Reserve Alaska planning process.

“Notice that the Reserve meetings were still occurring was only provided to stakeholders the day before the first one was held, and information about the Arctic Refuge meetings is currently only available through news reports,” the Democrat of Arizona wrote.

“Asking people to comment on two major development processes in the Arctic with huge potential environmental and human consequences without anyone in the agency able to answer questions defeats the purpose of the public participation process,” he added.

Grijalva demanded a response by this Friday, as even with reduced BLM staff, “there should be no difficulty having those employees provide responses to these questions” since the employees still appear to be working on oil development projects.

As #GovernmentShutdown Drags on, #NationalParks Will Use Entrance Fees to Take Out Trash https://t.co/PJsXcfSmQ6 @DeSmogBlog @NRDems