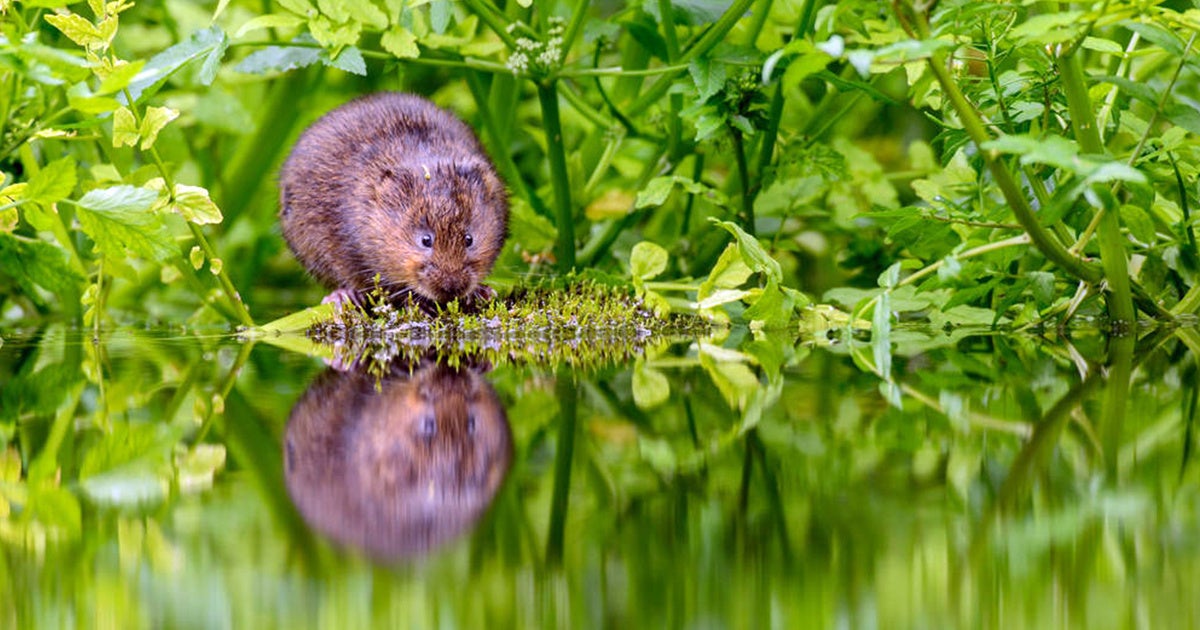 This year’s Living Planet Report shows that populations of animals—including mammals, birds, fish, reptiles and amphibians—plummeted by 60 percent between 1970 and 2014. But those living in freshwater are experiencing a far more drastic decline: 83% since 1970. It’s a sobering statistic and one tied directly to the ever-increasing pressures that people are putting on natural habitats.

We can learn a lot about the health of freshwater habitats overall by studying the animals that live in them. If freshwater animals are on the decline, that’s a sign that the entire ecosystem is in trouble. Freshwater habitats face a host of threats, including increases in the amount of water we take from them; drainage of wetlands; pollution from industry, sewage and farms; invasive plant and animal species; climate change; and infrastructure development in and along waterways.

Perhaps the most urgent threat to freshwater animals and their homes is the dams, bridges, roads and other infrastructure that interfere with the natural flow and connectivity of rivers. Many freshwater fish, for example, rely on free-flowing rivers to eat, reproduce and access nutrients necessary for their survival.

Connected rivers help people, too. Free-flowing rivers move sediment to floodplains and deltas downstream, providing nutrients and soil for floodplain agriculture, allowing for healthy fisheries and supporting the resilience of delta habitats under a changing climate.

There are currently nearly 60,000 large dams on rivers around the world and more than 3,700 more hydro dams—structures that give us energy from the flow of water—are planned globally. While hydropower plays an important role in today’s renewable energy revolution, it must be carefully planned so as to minimize loss of river health.

This means considering the health of an entire river basin to find energy opportunities with the least amount of impact on the environment and people. Into the future, the dropping prices of wind and solar power, along with innovations in the ability to store power, provide the possibility for countries to meet energy demands with less hydropower and therefore fewer dams.

We can also set aside a certain amount of water in a river basin exclusively for the protection of nature and for people. Called a “water reserve,” this concept requires a careful calculation of how much water people can use for energy, agriculture and other purposes and how much must remain in the river to sustain a healthy ecosystem.

This summer, Mexico authorized water reserves in nearly 300 river basins, including in one of the country’s longest remaining free-flowing rivers, the Usumacinta. WWF worked with Mexico’s National Water Commission to calculate how much water could be allocated to human activity and how much water should remain in the river to sustain a healthy ecosystem. This science-based planning and policies backing it up ensure water quality and quantity for 45 million Mexicans for the next 50 years—all while protecting the river’s plants and wildlife.

The decline in groups of freshwater animals is staggering, but we can help reverse the trend. Join WWF’s Freshwater Force to take action to stop bad dams and infrastructure development in freshwater habitats, raise awareness of the importance of freshwater, and champion the wildlife and communities that depend on free-flowing, clean rivers for survival.