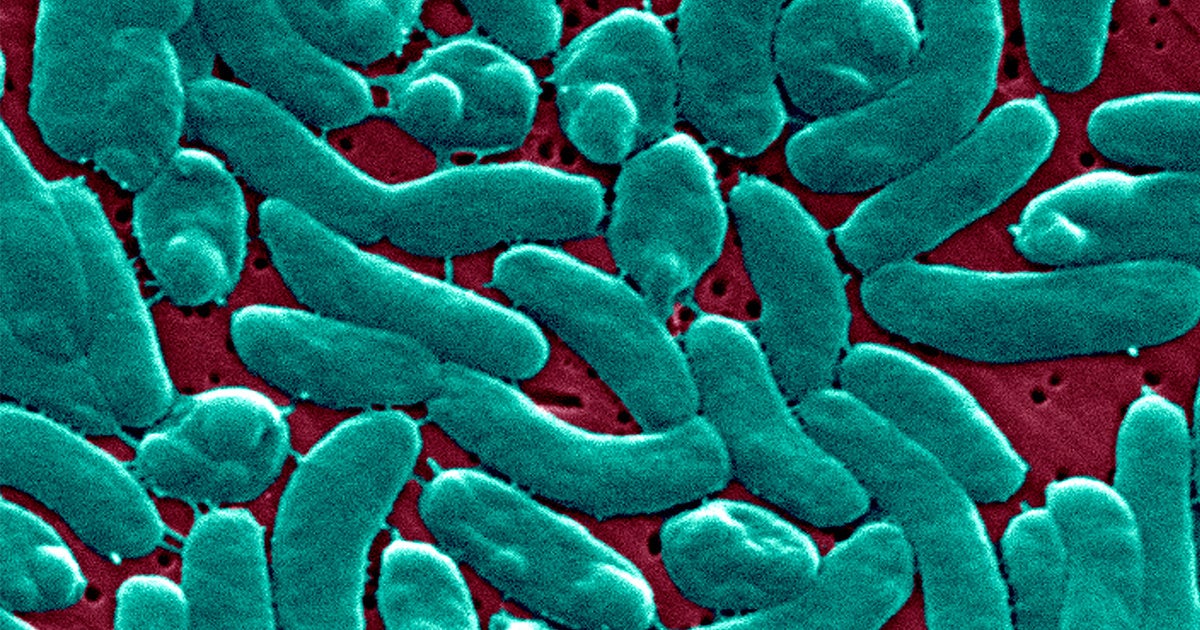 Within the last month, at least two people in the U.S. have contracted a flesh-eating infection from an ocean-dwelling bacterium — an occurrence that experts warn could become more frequent as the world’s oceans warm.

Vibrio vulnificus is an “opportunistic pathogen” responsible for a majority of seafood-related deaths in the U.S., according to an article written by the American Society for Microbiology. The bacteria thrive in warm salty and brackish waters and enter humans either through breaks in the skin or after being consumed with raw seafood. Up to one-third of people with vibrio vulnificus will die from the infection, which can cause a flesh-eating and commonly fatal bacteria known as necrotizing fasciitis.

A woman in Florida died last month after contracting the bacteria when she fell into the water and cut her leg — a wound that measured just three-quarters of an inch, NBC reported. That afternoon she experienced overwhelming pain in her leg. Within days her limb was black and she was put on hospice care, eventually succumbing. She was diagnosed with necrotizing fasciitis and subsequently suffered from two strokes, kidney failure and sepsis.

At another Florida beach, a 12-year-old girl similarly complained of pain that started in her leg and traveled through her entire body, wrote her mother in a Facebook post. After an initial visit at a local hospital, doctors told the woman to send her daughter to a hospital in Indianapolis specializing in children’s health where she was admitted to the ICU for an infection behind her knee and septic shock, reports Today. Though her recovery is expected to be a long one, a rush to emergency surgery saved the girl’s life and prevented the amputation of her leg.

“We are not completely better, but we are on the road to recovery. We will have numerous doctors’ visits, physical therapy and blood work to continue, but all that matters is my girl is ALIVE. I wanted to share her story in hopes that it may help save someone else. It is CRITICAL to be aware of the signs and symptoms and getting treatment quickly,” she wrote.

Cases in 2019 are adding up at a rate much higher than in previous years: A young boy contracted vibrio in Maryland last week after swimming at a local beach, reports CBS. The Miami Herald reports the story of a man in Florida who contracted the flesh-eating bacteria and whose quick action similarly saved him from losing muscle tissue in the arm. Surprisingly, the man insisted that he became infected without being in the water.

Necrotizing fasciitis can be caused by a number of different bacteria, but is commonly caused by V. vulnificus when people wade into contaminated water with a cut or wound or eat raw shellfish infected by the bacteria. Endemic along the Southeast U.S. coast, the bacteria doesn’t typically extend north of Virginia’s Chesapeake Bay. However, a study published in the Annals of Internal Medicine suggests that as temperatures rise and make previously cooler regions more hospitable to the warm-water bacteria, infections will also increase in non-endemic areas

The researchers reported five occurrences of necrotizing fasciitis caused by V. Vulnificus in New Jersey during the summers of 2017 and 2018. By contrast, just one case had been diagnosed in the previous eight years, researchers told Medscape Medical News.

The quick-spreading infection starts with a red or swollen area of skin, severe pain and a fever, says the Centers for Disease Control and Prevention. Later symptoms can include ulcers, blisters, or black spots on the skin, changes in its coloration, pus or oozing from the infected area, as well as dizziness, fatigue, and diarrhea or nausea. Treatment requires hospital and intravenous antibiotics and surgery to reduce the rapid spread by removing the dead tissue to avoid sepsis, shock, and organ failure, as well as life-long complications for loss of limbs and severe scarring.

Correction: A previous version of this article stated that three people were infected by a flesh eating bacteria. Two were infected, while a third was infected with vibrio vulnificus. The headline and story have been updated for clarity.