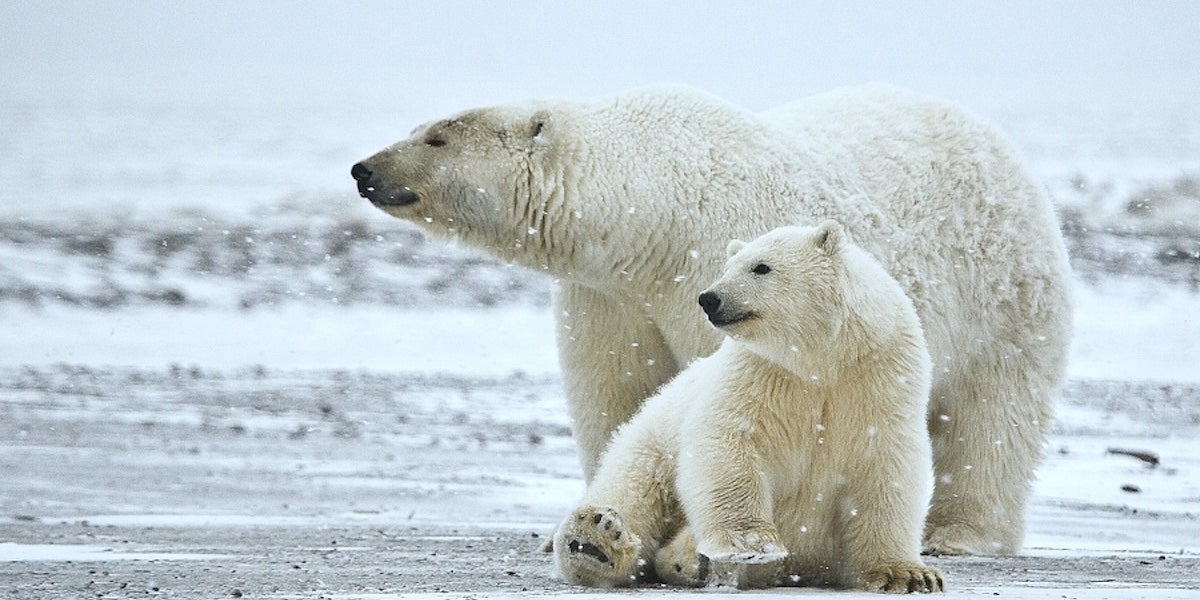 The
Interior Department’s Bureau of Land Management office in Alaska received a plan to conduct extensive, 3-D seismic testing in search of oil on the coastal plain of the Arctic National Wildlife Refuge (ANWR) this winter.

The plan—submitted by surveying services SAExploration, Inc. and its partners Arctic Slope Regional Corporation and the Kaktovik Inupiat Corporation—is the first step in opening up Alaska’s pristine refuge for oil exploration and drilling, the
Washington Post reported.

Last year, Congress
controversially lifted a four-decade ban on energy development in ANWR after pro-drilling Alaska Sen. Lisa Murkowski buried the provision into the GOP tax bill that passed in December. President Trump also claims he was the driving force behind the provision’s inclusion.

The companies have requested a permit to survey an area encompassing 2,602 square miles, or the entire “1002 area” of the 1.5-million-acre coastal plain, which has an
estimated 12 billion barrels of recoverable crude.

SAExploration said that “this partnership is dedicated to minimizing the effect of our operations on the environment.”

However, the Interior Department’s Fish and Wildlife Service (FWS) said the plan is “not adequate,” the Post revealed. FWS said the application showed “a lack of applicable details for proper agency review.” The department complained that the companies’ permit application did not include any studies about the impacts of the seismic work and equipment on wildlife, the tundra or the aquatic conditions in the area.

“There is no documentation of environmental effects, whether positive or adverse,” FWS said. According to the Post, the department’s response shows no sign it will approve the request.

The 1002 area is described by the Sierra Club as “the biological heart” of ANWR—home to polar bears, caribou, migratory birds and other species—as well as vital lands and wildlife for the subsistence way of life of the Gwich’in Nation.

After reviewing the proposal, the
Alaska Wilderness League criticized the companies’ plan to conduct 3-D seismic exploration in the ecologically sensitive area:

The scars of the 2-D seismic testing completed on the coastal plain in 1984 and 1985 are still visible 30 years later. Modern seismic exploration, however, is done using a 3-D technique that requires a much denser grid of trails—the 1984-85 trails on the coastal plain were approximately four miles apart, while the 3-D seismic trails envisioned here would be a mere 660 feet apart. Seismic activities would involve convoys of 30-ton thumper trucks and bulldozers traveling over extensive areas of fragile tundra. These intrusive surface exploration activities—typically employed year after year throughout the life of an oil field—would cause severe and long-lasting damage to the Arctic Refuge.

The organization also noted that the SAExploration seismic plan could threaten polar bears:

The plan makes no mention of Endangered Species Act consultation—only incidental harassment authorization—related to polar bears. This despite the Southern Beaufort Sea population’s status as threatened, its 40 percent reduction in population size over the first decade of the 2000s, and the increasing presence of mothers and cubs denning along the coastal plain due to loss of sea ice from climate change.

“This is the polar opposite of what was promised by drilling proponents. Instead of a small footprint and a careful process, they want to deploy a small army of industrial vehicles and equipment with a mandate to crisscross every square inch of the Refuge’s biological heart,” Adam Kolton, executive director at Alaska Wilderness League, said in a statement.

“This scheme will put denning polar bears at risk and leave lasting scars on the fragile tundra and its vegetation, and that’s before a single drill rig has been placed or length of pipeline installed.”

The group also noted that the seismic plan promises to mitigate conflicts with subsistence users, but only mentions coordination with only the village of Kaktovik, and did not mention coordination with the Gwich’in.