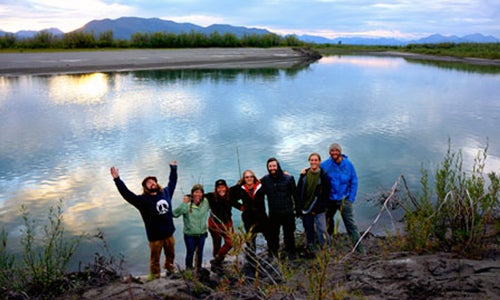 Rachael Blum is a final semester senior at Sierra Nevada College, majoring in Sustainability with a minor in Outdoor Leadership.

Last fall I was fortunate enough to adventure to Alaska with six students from Sierra Nevada College to engage in an incredibly unique cultural immersion and sustainability course in one of the most remote place in the world, Arctic Village. I come from a small towns and understand small town mentality, but this was different. The local natives were friendly and accommodating, eager to sweep the six wide-eyed students away on four-wheelers the second the small bush plane landed. 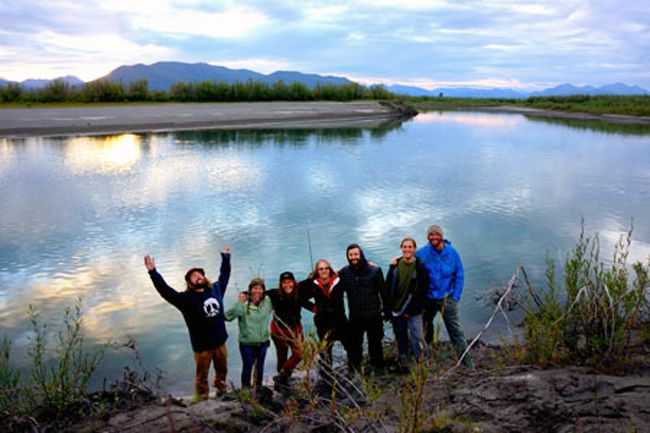 We found ourselves in Arctic Village after receiving an invitation from respected Gwich’in Tribal elder Sarah James to take a course that would share the traditional ways of the Gwich’in Tribe, as well as speak to the importance of protecting the nearby Arctic National Wildlife Refuge (ANWR), a place that has been called “the last great wilderness” by numerous scholars and environmental advocates. During our time in Arctic Village, we had the opportunity to participate in many local activities including eating traditional meals (caribou, fry bread, ground squirrel), hunting, fishing, camping and hiking. We had many discussions with tribal members about the Gwich’in culture as well as the treat to drill for oil in ANWR’s coastal plain, known as 1002 area.

The desire to drill for oil on the pristine coastal borders of ANWR will put the future of the Porcupine Caribou herd at risk. The proposed 1002 Coastal Shore drilling site is where the Caribou go to calve. Referred to as “The Sacred Place Where Life Begins” by the Gwich’on Steering Committee can be transferred and interpreted in many ways. Not only is it where the Caribou calve begin their epic migration throughout Alaska, but it is where the Gwich’in people’s culture begins and continues to flourish.

Located approximately 300 miles south of the ANWR coastline lays humble Arctic Village, home to one of the Gwich’in tribes. Gwich’in, for those unfamiliar, directly translates to “The Caribou People.” After the calving process, the caribou make their way south through and near Arctic Village where the native’s culture lives on and is supported by the caribou meat. Hunting is a major way of life for the Gwich’in people. It supplies food, clothing, community and culture.

Before colonization, these people were a nomadic bunch—moving with the caribou. After this was no longer possible due to colonization, they settled in an area that is currently threatened by global warming, seen in permafrost and river changes, and the possibility of drilling up north. The caribou are one of the few sacred things left in the culture, without them, Gwich’in culture and Arctic Village will cease to exist.

It is not unusual to see multiple firearms strapped on the men of the village, even the four-wheelers are equipped with gun racks. The hunters of Arctic Village are always ready for a caribou, moose or bear to wander into their area. Hunting is a way of life in the village. It feeds their small population and unifies the people. One man said, “We never refuse meat to someone in need. It always comes back to you.” They take care of each other with meat, they celebrate the meat, they exist off the meat.

We were asked to go north to learn about the proposed 1002 drilling site and its threat to Gwich’in culture so that it may be passed on to the lower 48. To learn more visit the Gwich’in Steering Committee website.