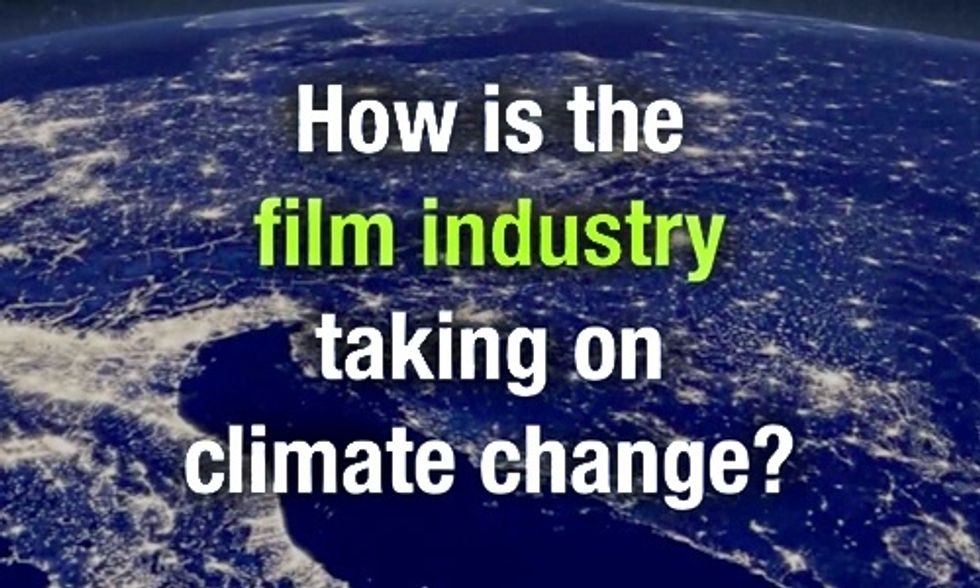 Key film industry leaders announced their support for Film4Climate, a dual commitment to reduce the environmental impact of film production and to tell stories about climate change through cinema at events during the ongoing Cannes Film Festival.

Film can be a powerful tool to educate people about the urgency of climate change.

They join filmmakers Bernardo Bertolucci, Wim Wenders, Fernando Meirelles and Pablo Trapero who have also endorsed and lent their support to the initiative. In addition, more than 100 film industry executives and representatives have become partners of Film4Climate during the festival, and have pledged to reach a consensus on industry standards to reduce film production impact on the environment and raise climate change awareness through film.

“Every day in Africa, we are facing climate change consequences,” Rokia Traoré told Connect4Climate. “We have to make people aware that humans are simply one of the elements of nature. We have to be able to think not just about now, but tomorrow. What are our responsibilities concerning our children and their world? We are the ones responsible for that.” Veillon added: “To have a sustainable approach in production is also the right economic approach.”

This new initiative aims to drive consensus across the film community on a shared set of global standards to sustainably produce motion pictures, building on the protocols and guidelines already created in a number of countries. It also establishes a global network of knowledge partners representing the industry’s practitioners and associations, including film institutes, film commissions, producer networks, film directors, actors and international film festivals. Partners such as Ecoprod, which created the first software to calculate the carbon footprint of film productions used by many French producers, will work together and share their experiences, knowledge, tools and best practices to green silver screens.

“It’s time for a global creative and influential alliance to tackle the climate crisis,” said Donald Ranvaud, Oscar-winning film producer and Film4Climate’s Creative Producer. “We can unite the film industry to reinforce that we do care about the environment and are prepared to do something concrete about the dramatic issue of climate change,” added Lucia Grenna, Connect4Climate’s Program Manager.

Watch this short clip to see how the film industry is taking on climate change:

President Obama: Climate Change Is an ‘Immediate Risk to Our National Security’

Why Desalination Can’t Fix the Drought

Bill Nye: Climate Change Is the ‘Most Serious Environmental Crisis in Human History’