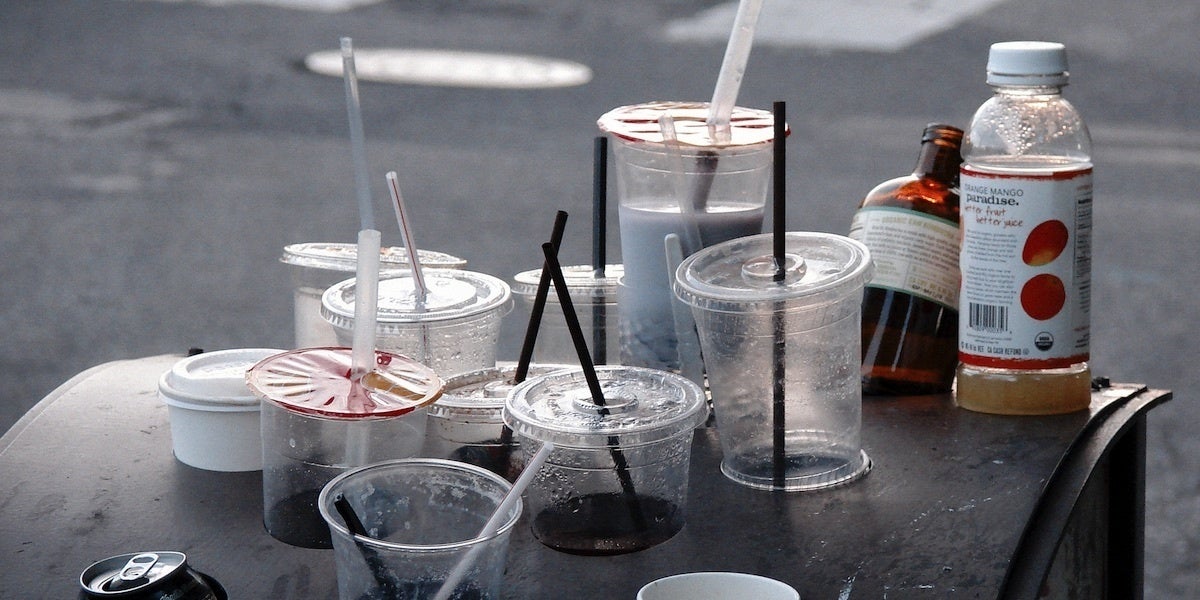 A top EU official hinted that legislation to cut
plastic waste in Europe is coming soon.

Frans Timmermans, the first vice president of the European Commission, made the comment after Britain’s environment minister Michael Gove, a pro-Brexiter, suggested that staying in the EU would make it harder for the UK to create environmental laws such as banning
plastic drinking straws.

Gove said being in the EU meant there were “some steps we might want to take environmentally that we can’t yet.”

Timmermans later tweeted to Gove: “One step ahead of you. EU legislation on single-use plastics coming before the summer. Maybe you can align with us?” He included several hashtags, including #EUDoesntSuck.

.@michaelgove One step ahead of you. EU legislation on single-use plastics coming before the summer. Maybe you can align with us? #EUDoesntSuck #StrongerTogether #PlasticsStrategy https://t.co/hbBBXT1eGa

“Plastic straws are a scourge,” Gove
told Sky News. “They’re just one example of the ways in which we pollute the oceans and damage marine wildlife. I want to do everything we can to restrict the use of plastic straws and we’re exploring at the moment if we can ban them.”

But the Conservative politician perhaps did not think of
Scotland, which is part of the UK and within the EU. After announcing plans to outlaw plastic cotton buds, the Scottish government also announced intentions to ban plastic straws by 2019.

Timmermans said at a conference Wednesday in Brussels there is “urgent work to do” to cut plastic consumption in light of China’s decision to limit imports of plastic waste.

The EU plastics strategy, he added, would involve working with working with businesses to cut plastics and “find ways to re-use and recycle more plastic and avoid micro-plastic leakage.”

New EU legislation to cut plastic waste would apply to the UK until Brexit is fully implemented, Reuters noted.