Plastic Threatens to Swamp the Planet 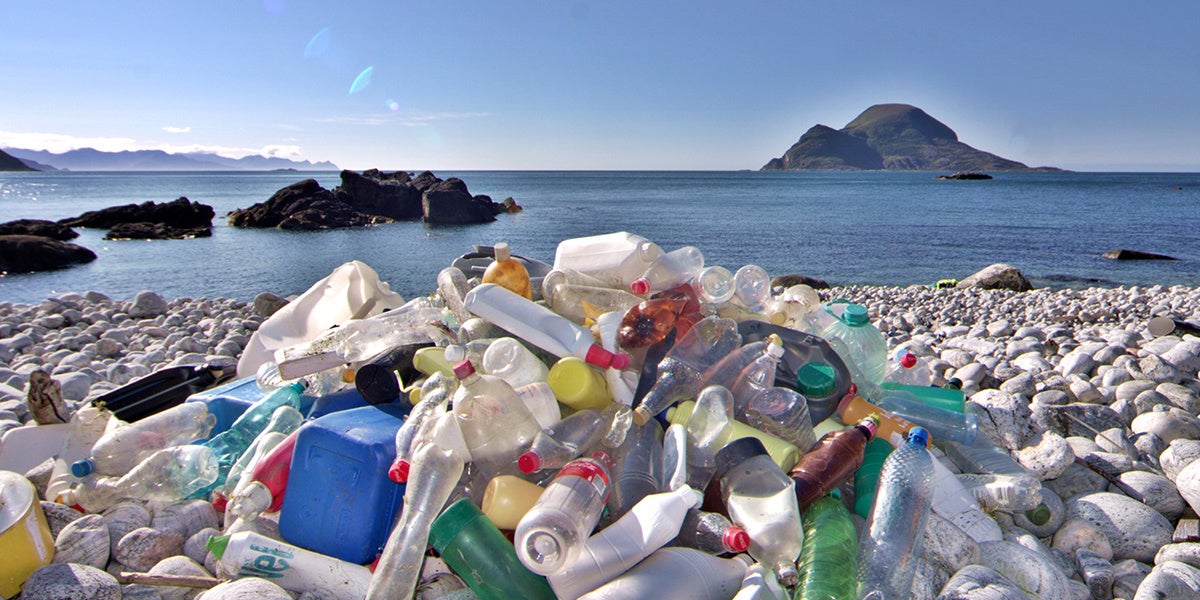 A ubiquitous tide of plastic particles has now swept throughout the world’s oceans.

The human rights activist Bianca Jagger described to a conference in London Tuesday how a substance that was invented only in 1907 and seemed to have almost magical properties, because it was practically indestructible, is now threatening an environmental catastrophe.

The danger to marine life highlighted recently by David Attenborough in his Blue Planet TV series was only part of the problem, she said.

Because fish ingest the micro-plastics and we eat the fish, then the plastics are in our own bodies too, with as yet unknown health effects.

Plastics, derived from fossil fuels (8 percent of all oil production is used to make plastics), is with climate change a serious threat to the future of the planet, Jagger said.

The conference was organized by Artists Project Earth at the Royal Geographical Society. Artists contributing to an album to raise funds for the project included Bob Dylan, Coldplay, Mumford and Sons, Ed Sheeran and Pharrell Williams.

A study by professor Edward Kosior recommending actions necessary to prevent the situation from getting worse said the problem was that a long-lived material was manufactured for short-term use and then discarded.

Kosior said 72 percent of plastic packaging was not recovered, and at least eight million tons leaked into the oceans every year from coastal cities and down large rivers.

The problem of plastic entering the oceans was worst in Asia and Africa, where there were few collection and recovery systems. The worst countries at present were China, Indonesia, the Philippines, Vietnam and Sri Lanka.

In some cases they just heaped up their garbage on river banks, waiting for the next flood to wash it away.

Although the problem of leakage into the seas was smaller in Europe and North America, because there were more sophisticated rubbish collection schemes, their contribution was still large.

Among the solutions was to stop the single use of plastics and find sustainable alternative materials like card, paper or vegetable products. It was important to make the companies who marketed their products in plastic responsible for the environmentally sound management of the packaging at the end of its life.

Incentives like charging a refundable deposit on coffee cups or water bottles had already been successfully adopted in some countries and should be universal.

Kosior also suggested increasing the value of plastic in order to give an incentive to people to collect and recycle it so that the waste could be reprocessed and reused.

Campaigning environment journalist Oliver Tickell told the conference that, unlike issues like climate change where it took years to get international legislation in place to reduce greenhouse gases, treaties were already agreed that should prevent plastic from reaching the oceans.

The problem was that the countries that had signed up to international law were not abiding by it.

He gave as an example the United Nations Convention on the Law of the Sea (UNCLOS), adding that there were several others. But Article 194 of UNCLOS requires states to “prevent, reduce and control pollution of the marine environment from any source.”

“Measures shall include, inter alia, those designed to minimise to the fullest possible extent … the release of toxic, harmful or noxious substances, especially those which are persistent, from land-based sources … [and] shall include those necessary to protect and preserve rare or fragile ecosystems as well as the habitat of depleted, threatened or endangered species and other forms of marine life.”

Tickell said the fact that dumping plastics was already illegal under international law meant that action could be taken against states that violated it. Small island states that were most affected by plastic waste piling up on their beaches could take on the large countries in the international courts and ask for compensation.

He realized they lacked the resources to do this but suggested that they could be helped to do so by grants from philanthropic organizations or public subscriptions.

“We have already caused irreparable change to the planet, but there is hope that there is still time to prevent the worst and save the planet for our children and grandchildren,” said Bianca Jagger.

9 Shocking Facts About Plastics in Our Oceans #plasticpollutes @EcoWatch https://t.co/KrDmUyTjzi