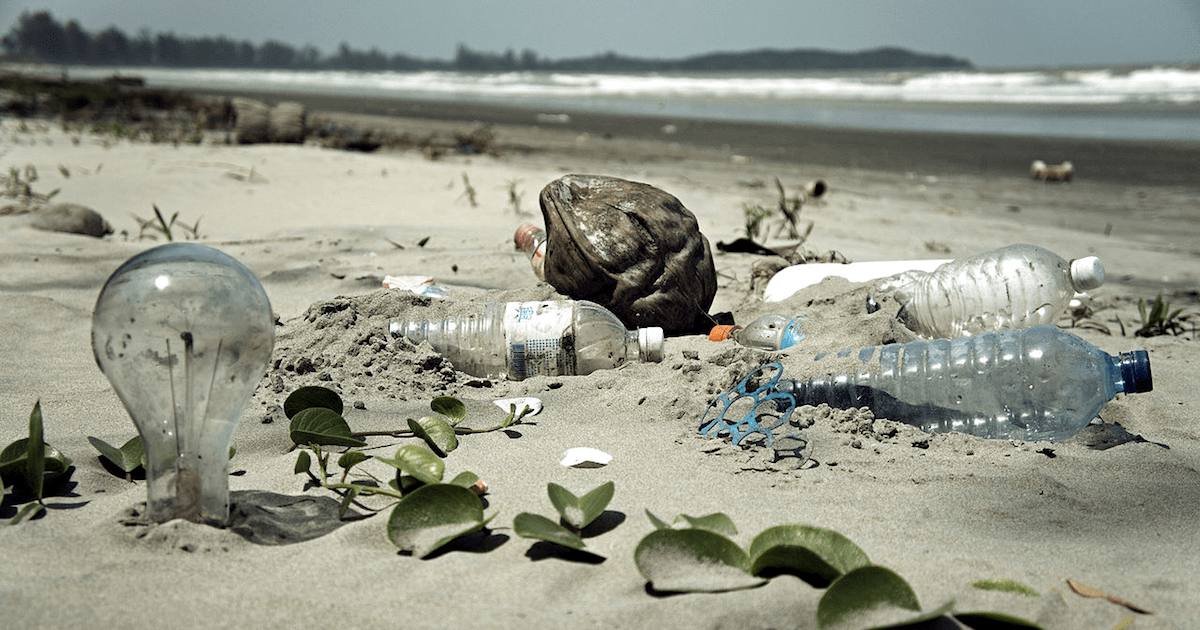 First, the good news. On Wednesday, more than 200 countries signed a United Nations resolution to eliminate
plastic pollution in our oceans.

Now the bad news. China will stop accepting imports of plastic trash from other countries as of Jan. 1. That might sound like a good move for the world’s
top ocean plastic polluter. But in an awful twist, China’s ban on foreign plastic trash could actually leave a massive hole in its domestic scrap recycling program. This means the Chinese are now demanding more new plastic to replace salvaged material, Bloomberg reported.

According to Bloomberg, U.S. chemical makers such as DowDuPont Inc. “are rushing to find markets for millions of tons of new production amid an industry investment binge. U.S. exports of one common plastic are expected to quintuple by 2020.

“It’s a good time to be bringing on some new assets,” Mark Lashier, chief executive officer of Chevron Phillips Chemical Co., said interview during the launch of two polyethylene plants in Old Ocean, Texas last month. “If you pull recycled plastic out, that market demand is going to increase.”

China is the world’s top importer of plastic leftovers. The country took in 51 percent of the world’s plastic trash last year, including
about 70 percent of U.S. plastic scrap.

Reuters also reported that producers around the world are gearing up for China’s ever-soaring plastic demand:

To make up for the loss of recycled plastic, petrochemical producers and exporters to China from the Middle East, South Korea, Thailand and Singapore are expected to receive more orders for products including polyethylene, a thermoplastic found in almost everything from grocery bags to bubble wraps, pipes, medical devices and even bulletproof vests.

“From next year, demand for polyethylene would get even better as the impact of the ban would be felt,” said a source from a Chinese firm that produces and markets petroleum and petrochemical products.

Each year,
8 million metric tons of petroleum-based plastics get dumped into our seas, literally choking marine life and wrecking havoc to ocean ecosystems and the larger food chain. Towns, cities and even entire countries have implemented laws against certain plastic items such as grocery bags and drinking straws.

Incidentally, while China did join the United Nations’ recent call to stop ocean plastic litter, the resolution stopped short of setting any specific targets or timelines. China, as well as the U.S. and India, reportedly refused to include in the resolution any specific reduction goals, according to the Independent.

Meanwhile,
a new report released by the Center for International Environmental Law highlights how the plastics industry had long known about the problem of ocean plastics.

The report,
Plastic Industry Awareness of the Ocean Plastics Problem, suggests that the chemical and petroleum industries were aware of, or should have been aware of, the problems caused by their products by no later than the 1970s.

“Unfortunately, the answer to both when the plastic industry knew their products would contribute to massive public harms and what they did with that information suggests they followed Big Oil’s playbook on
climate change: deny, confuse, and fight regulation and effective solutions,” said Steven Feit, CIEL Attorney and lead author.

Here are some highlights from the report: