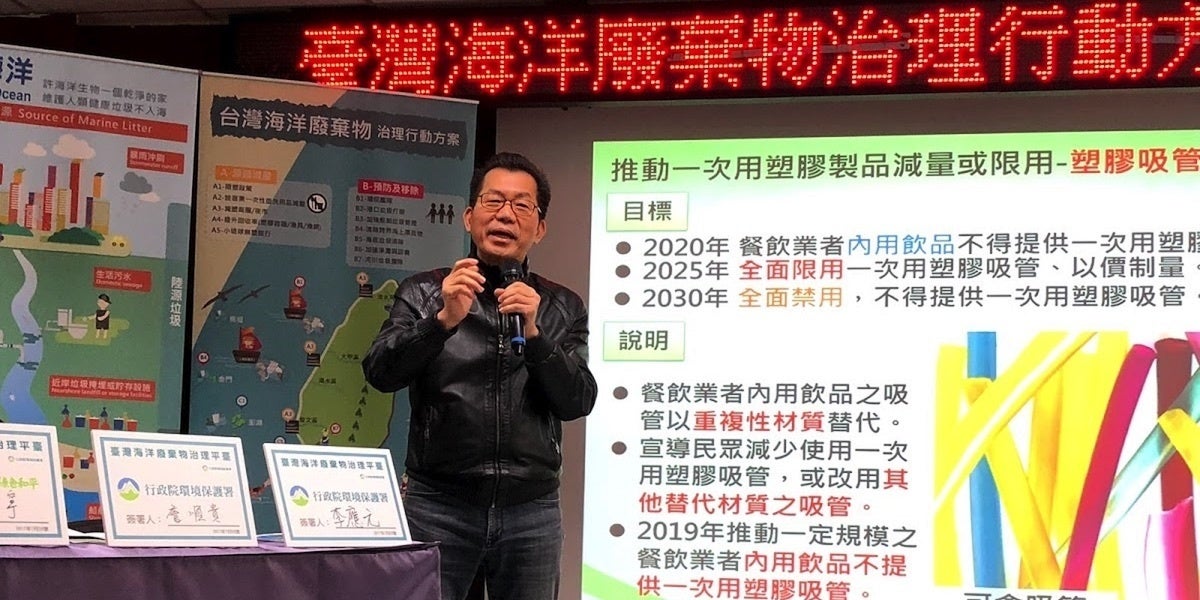 Taiwan, the birthplace of bubble tea, is famous for its unique food and drink culture, but the plastic vessels that come with the treats make up the vast
majority of the country’s beach litter. Additionally, the Tamsui River in the north was declared the 16th dirtiest river in the world for leaching 14,700 tons of plastic debris into the ocean every year.

Now, under the government’s new ”
Sea Waste Management Platform,” the four environmentally pervasive plastic products will be phased out in several stages, with a priority on drinking straws.

At a press conference announcing the plan, Environmental Protection Agency Minister Lee Ying-yuan
advised that single-use plastics can be switched with reusable or biodegradable items.

Along with the phase-out of plastic items, the Sea Waste Management Platform also involves dozens of initiatives to clean up existing plastic litter and to stop its flow from the source.
Programs include raising public awareness, river trash removal, a microfibers and microplastics survey program, and a “public-private cooperation” model of cooperation.

McDonald’s Taiwan has
already said it will cooperate with the government regulations and promote green consumption.

“EPA Minister Lee Ying-yuan said protecting the ocean necessitates cooperation among all segments of society. The plan is a strong step forward in this regard and a milestone in tailoring responsive policies through input from the public and private sectors, he added.

According to Lee, rubbish-strewn oceans are a pressing global issue and Taiwan, as a responsible member of the international community, is committed to playing its part in rectifying the situation. As identified in the plan, the best way of addressing this problem is slashing the number of debris sources, he said.”

A number of countries around the world have taken big steps to cut plastic waste.
Chile prohibits the sale of single-use plastic bags in 102 coastal villages and towns. Kenya introduced a serious law that slaps a fine or even a jail sentence on anyone who manufactures, sells or even carries a plastic bag. And just last month, Scotland announced plans to ban the manufacture and sale of plastic-stemmed cotton buds.