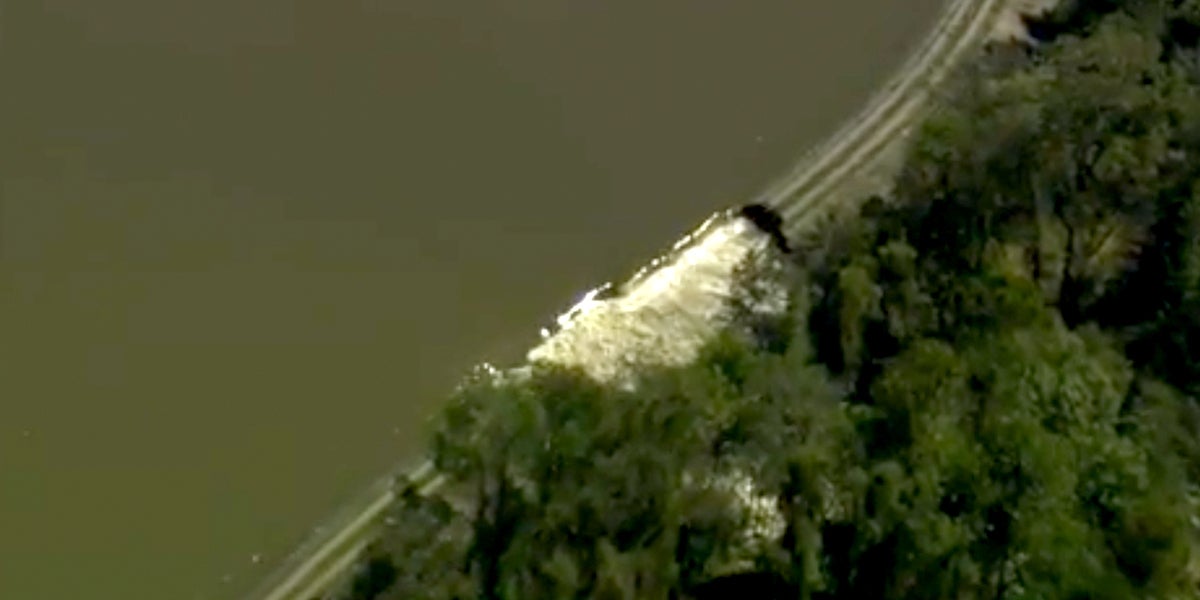 [This breaking news is an update to a post earlier today on EcoWatch: Millions of Chickens Feared Dead at Factory Farms in Wake of Hurricane Matthew]

Waterkeeper Alliance and Upper Neuse Riverkeeper are responding to and documenting the breach of a 1.2-billion-gallon cooling pond dam at Duke Energy’s H.F. Lee plant.

The breach occurred today just minutes after Duke Energy issued a statement claiming that the “Ash basin and cooling pond dams across the state continue to operate safely; in fact, we’ve been pleased with their good performance during the historic flooding Hurricane Matthew brought to eastern North Carolina.”

“When families are being threatened by some of the worst flooding in North Carolina’s history, they should not also have to worry about Duke Energy’s dams collapsing.

“This failure likely happened because the river has begun to recede, which is when structural problems often develop. Like so many of Duke Energy’s coal ash ponds across the state, the cooling pond at Lee has a long history of structural problems—these are disasters waiting to happen.

“Minutes before the dam collapsed on the cooling pond, Duke Energy issued a statement declaring it was operating safely. Duke continues to claim the dam of a 120-acre coal ash pond at Lee is operating safely, even though the river has only begun to recede. The same ash pond suffered extensive damage after flooding caused by Hurricane Floyd in 1999. We remain very concerned about the integrity of the ash pond dams at Lee as the river recedes over the next week.

“It has been more than two years since the Dan River disaster, and Duke’s coal ash continues to sit behind rickety dams on the banks of flood-prone rivers all across the state. Three ash ponds at the Lee plant, totaling 160 acres, have been completely submerged since Sunday.”

“Duke Energy can attack environmental groups all it wants, but the fact remains that it is misleading the public and the people of North Carolina about the safety of its dams, and Governor McCrory is letting the company get away with it- again. As the flood waters from the devastating Hurricane Matthew recede, we need a Governor who will put people’s safety and access to clean drinking water before the interests of his previous employer, Duke Energy.

“Duke Energy has a terrible track record when it comes to protecting the safety of North Carolina’s waterways and drinking water. In the two years since the Dan River coal ash disaster, Duke Energy has fought efforts to clean up leaking coal ash pits which threaten the health and safety of nearby communities. Instead of cleaning up its hazardous messes, Duke uses its political influence with its previous employee, Governor McCrory, allowing the company to leave 70 percent of its toxic coal ash leaking across the state.