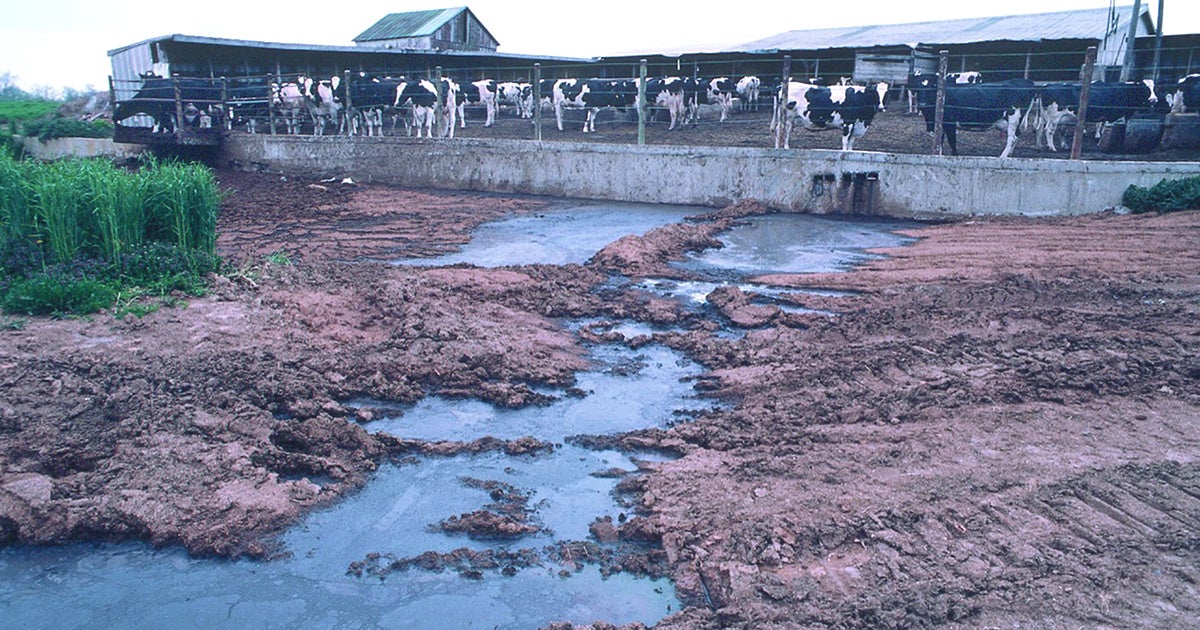 Drinking water supplies for millions of Americans in farm country are contaminated with a suspected cancer-causing chemical from fertilizer, according to a new report by the Environmental Working Group.

The contaminant is nitrate, which gets into drinking water sources when chemical fertilizer or manure runs off poorly protected farm fields. Nitrate contaminates drinking water for more than 15 million people in 49 states, but the highest levels are found in small towns surrounded by row-crop agriculture. Major farm states where the most people are at risk include California, Iowa, Illinois, Wisconsin and Kansas.

Nitrate can be fatal to babies who ingest too much of it, and the U.S. Environmental Protection Agency’s (EPA‘s) legal limit for it in drinking water was set 25 years ago to protect infants from so-called blue baby syndrome. But the new report, Trouble in Farm Country, details the previously undocumented adult cancer risk posed by drinking water polluted with nitrate at only half the EPA’s legal limit.

Data in the report comes from EWG’s Tap Water Database, compiled from test results of almost 50,000 local water utilities in all 50 states. The data show that relatively few U.S. water supplies had nitrate levels in 2015 above the EPA’s legal limit of 10 parts per million, or ppm. But more than 1,600 systems serving small towns had levels above 5 ppm, which studies by the National Cancer Institute have found to increase the risk of colon, kidney, ovarian and bladder cancers.

“Farmers can take often simple steps to keep fertilizer and manure out of drinking water sources,” said Craig Cox, senior vice president for agriculture and natural resources at EWG. “But far too few farmers are taking action and federal farm policy doesn’t do enough to help them. The result is that rural Americans are burdened with the health risks and cleanup costs of unchecked farm pollution, when it makes more sense to keep nitrate and other contaminants from getting in the water in the first place.”

The risk is acute in small towns like Pretty Prairie, Kansas, population 672, where for more than 20 years tap water has been contaminated with nitrate exceeding the EPA’s legal limit. In 2014 and 2015 the level was twice the legal limit.

In Pretty Prairie, parents with infants under six months old, and nursing or pregnant women, can get free bottled water. But that does nothing to protect other residents from cancers that may not show up for years or decades. A new water treatment system to lower nitrate levels could cost $2.4 million—far more than $3,000 for every person in town.

Farmers are largely exempt from federal or state regulations that could stem water pollution. The Department of Agriculture pays billions of taxpayer dollars a year to farmers who adopt conservation practices to control runoff. But EWG’s report shows that much of the money does not support the most effective practices in areas where drinking water is most at risk.

The upcoming federal farm bill, which Congress is beginning to consider, is a remarkable opportunity to help local communities secure clean and safe drinking water by keeping nitrate and other contaminants out of water in the first place.

“Under the new farm bill, Congress should insist on an iron-clad quid pro quo with farmers,” said Cox. “Farmers and landowners who receive federal farm and crop insurance subsidies, courtesy of taxpayers, must agree to take simple steps to keep fertilizer and manure from getting into our water. Department of Agriculture conservation programs should be surgically targeted to areas where drinking water is most threatened.”