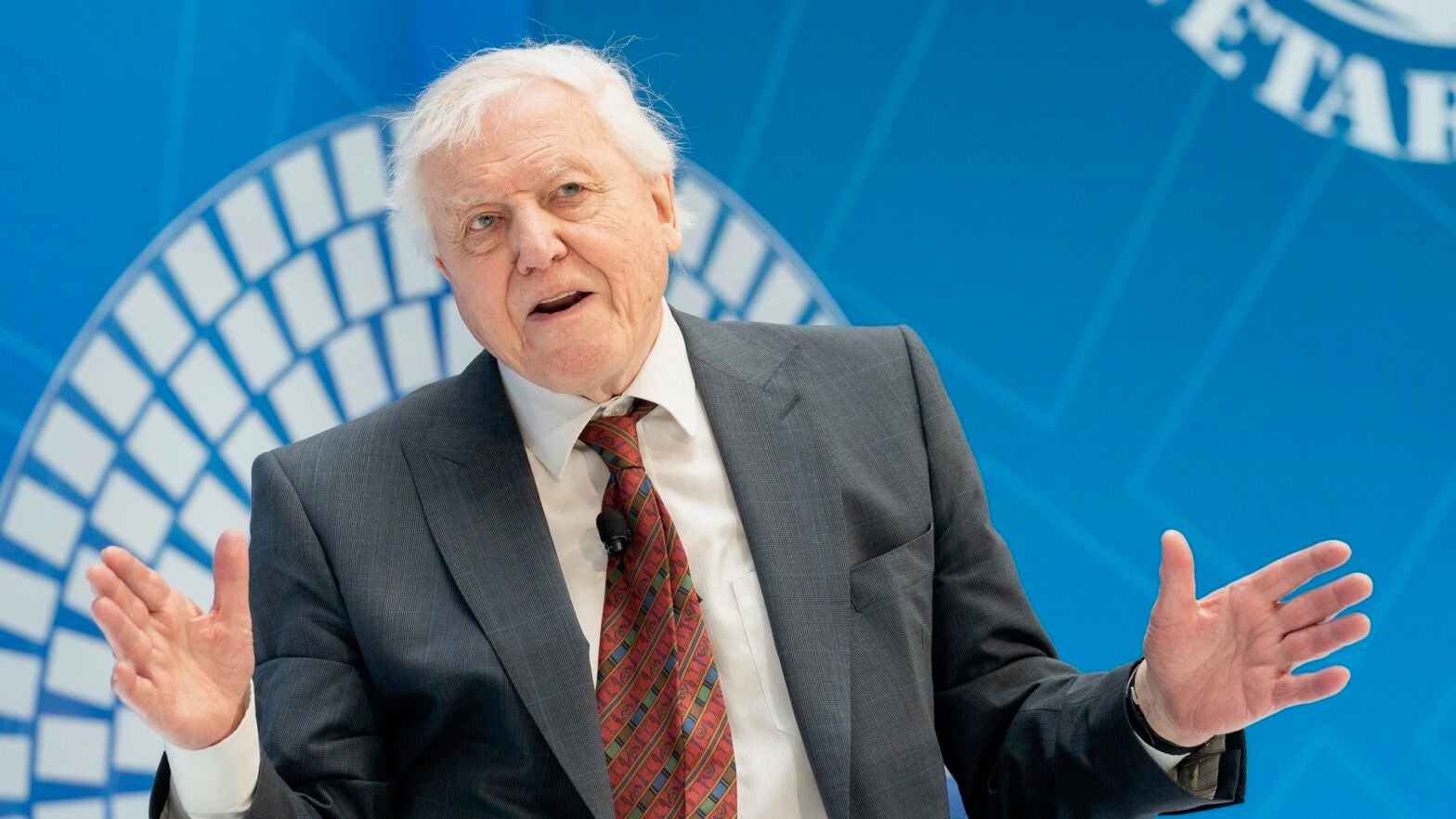 The 93-year-old conservationist spoke out in an interview with Sky News Thursday in conjunction with a new report that warns of the potentially devastating consequences of extracting metals and minerals from the deep places of the ocean. The practice could harm biodiversity, limit the ocean’s ability to support life and even disrupt its ability to store carbon, worsening the climate crisis.

“We should not go in and trash an area of the globe about which we know hardly anything until we’ve done the proper research – in short we want a moratorium against action of industrialising the deep-sea,” Attenborough told Sky.

Please join our call – alongside Sir David Attenborough – for governments to declare a moratorium on #DeepSeaMining.

Today, Sir David explains on @SkyNews exactly why our oceans are in deep trouble: https://t.co/lLsBzmFE9i#NoToDeepSeaMining pic.twitter.com/b6Ev1xkiFo

The report Attenborough backed was published by Flora and Fauna International (FFI) Thursday, a conservation group of which Attenborough serves as vice president. It comes as there is growing interest in deep-sea mining, defined by FFI as mining below 200 meters (approximately 656 feet), as deposits of minerals used in batteries and mobile phones are discovered, The Guardian reported. The international rules governing the new practice will be decided at a meeting of the UN International Seabed Authority in July.

While the impact of mining above 200 meters is well understood, science has yet to learn much about the deep ocean, making it difficult to assess mining’s impacts there. The FFI report is the first to seriously consider the risks of the practice, and it drew some troubling conclusions.

📢📰Today's report from @FaunaFloraInt warns of the impacts of #DeepSeaMining on the health of the ocean, our planet's life support system. Together with Sir David Attenborough, they call for governments to declare a moratorium #NoToDeepSeaMining https://t.co/zBVSO8ilkv pic.twitter.com/fMMjTp2JVJ

The risk of such impacts in a little-understood ecosystem is why Attenborough is joining FFI in calling for a ban on the practice.

“Whatever you do please do the science before you go in and destroy – because that’s what it is – mining is a polite word, mining also means destruction. Destruction of an ecosystem of which we know pathetically little,” he told Sky.

FFI acknowledged that deep-sea mining is sometimes portrayed as part of the solution to the climate crisis, because it is a potential source of many metals needed for lithium-ion batteries. However, Director Pippa Howard wrote that the risks associated with the practice made it necessary to search for other solutions, such as developing less-metal dependent technologies like hydrogen fuel cells or batteries from materials extracted from sea water.

“We need to shatter the myth that deep-seabed mining is the solution to the climate crisis!” Howard wrote. “It is nonsense that this form of mining is a ‘light’ alternative to terrestrial mining and that all the cobalt, nickel, copper and manganese lying ‘for the taking’ on the bottom of the oceans are some kind of silver bullet.”