Attenborough: ‘If We Wreck the Natural World, We Wreck Ourselves’ 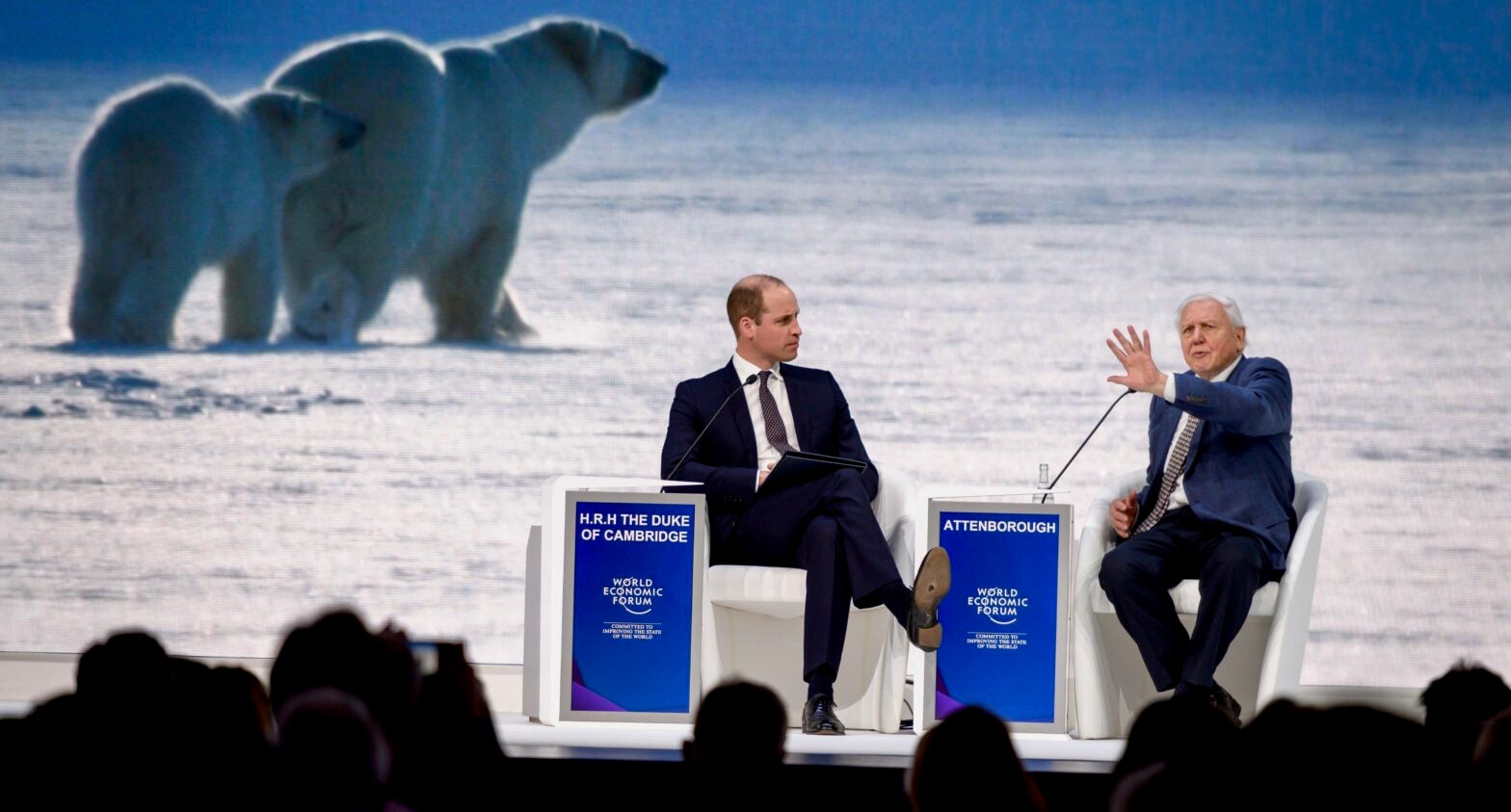 During the sit-down, the 92-year-old naturalist advised the world leaders and business elite gathered in Davos this week that we must respect and protect the natural world, adding that the future of its survival—as well as humanity’s survival—is in our hands.

“If we wreck the natural world, in the end, we wreck ourselves.”

Sir David Attenborough talks to Prince William about how “the central part of human life is a healthy planet.” pic.twitter.com/sh9RhIbGZ3

The Our Planet narrator stressed that a healthy planet is essential for life itself, and yet people have never been more “out of touch” with the natural world.

“We have to recognize that every breath of air we take, every mouthful of food that we take comes from the natural world. And that if we damage the natural world we damage ourselves,” Attenborough said to the Duke of Cambridge when asked about how young people can make a positive impact on the environment.

“We are one coherent ecosystem. It’s not just a question of beauty or interest or wonder. It’s the essential ingredient, the central part of human life is a healthy planet,” Attenborough said.

Prince William asked the conservation advocate why some global leaders are “faltering” on tackling environmental challenges.

“Because the connection between the natural world and the urban world, the human society, since the Industrial Revolution, has been remote and widening,” Attenborough said. “We didn’t realize the effects of what we were doing ‘out there.’ But now we are seeing that almost everything we do has its echoes, its duplications and implications across the natural world.”

— The Duke and Duchess of Cambridge (@KensingtonRoyal) January 22, 2019

He added that it was “difficult to overstate” the urgency of the climate change crisis.

“We are now so numerous, so powerful, so all pervasive, the mechanisms we have for destruction are so wholesale and so frightening that we can exterminate whole ecosystems without even noticing it,” Attenborough said.

In the documentary series Blue Planet II, Attenborough gave viewers an unflinching look at the harmful impact of human activity on our oceans.

“We have now to be really aware of the dangers of what we are doing. And we already know the plastic problems in the seas is wreaking appalling damage upon marine life. The extent of which we don’t yet fully know,” said in his chat with the prince.

Also in the interview, the legendary television icon spoke about how the world has changed since he started broadcasting in the 1950s

“I went to West Africa for the first time and it was a wonderland,” Attenborough said. “You’d just step off from the beaten track… and it seemed to me as a newcomer, unexplored and exciting and everywhere you turned you saw something new.”

“The human population was only a third of the size of what it is today…you really did get the feeling of what it might have been like to be in the Garden of Eden,” he continued.

Attenborough, who was honored at the World Economic Forum’s Crystal Awards on Monday for his leadership in the fight against climate change, remains hopeful about the planet’s future.

“There’s a source of great optimism there, we have the knowledge, we have the power, to live in harmony with that natural world,” he said, according to the BBC.