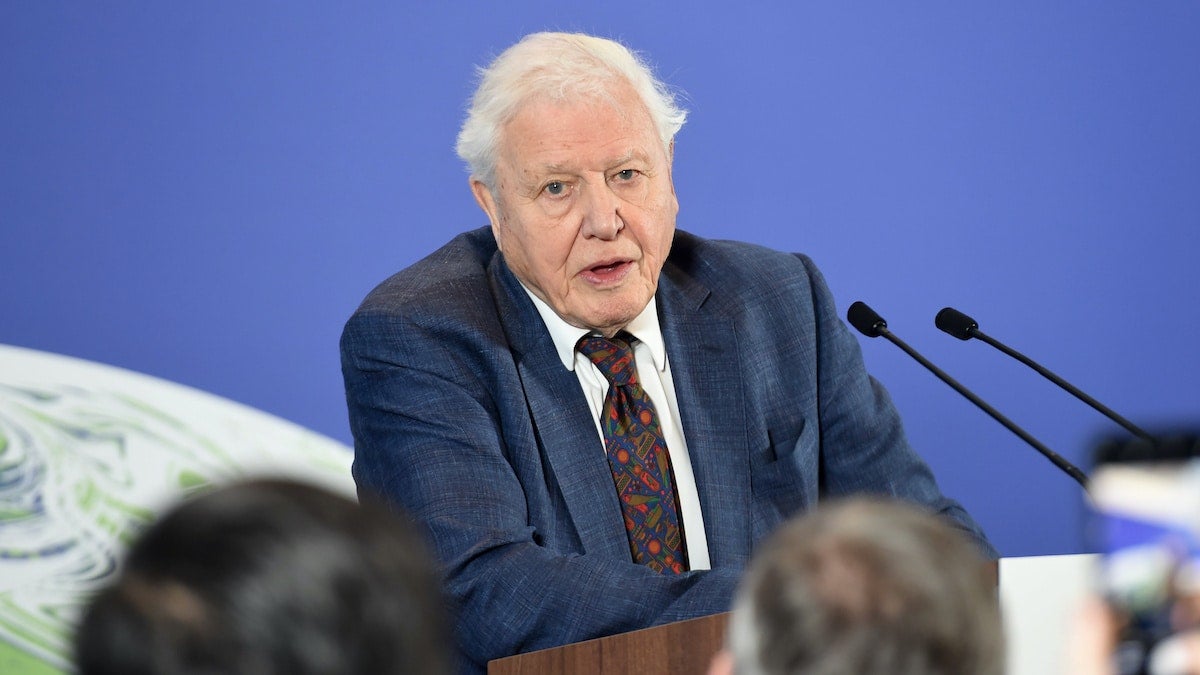 The beloved 94-year-old nature broadcaster joined Instagram Thursday, and quickly broke the world record for the shortest amount of time to reach one million followers, Guinness World Records announced. He reached the milestone in just two hours and 44 minutes.

“I’ve been appearing on radio and television for the past 60 years,” Attenborough said in a video accompanying his first post, “but this is my first time on Instagram.”

In the video, Attenborough said he was trying the new (to him) form of communication in order to spread awareness about the threats facing life on Earth.

“As we all know, the world is in trouble,” he said. “Continents are on fire. Glaciers are melting. Coral reefs are dying. Fish are disappearing from our oceans. The list goes on and on. But we know what to do about it.”

Attenborough said he would be recording video messages over the next few weeks explaining both the problems facing our planet and possible solutions.

As of Monday morning, the broadcaster had a follower count of 4.5 million. That’s still well below the highest total Instagram follower count, which is held by soccer star Cristiano Ronaldo with 238 million, according to BBC News.

This isn’t the first time that Attenborough has broken a record in his decades-long career, Guinness World Records pointed out. He also holds the record for the longest career as both a TV presenter and a TV naturalist.

While Attenborough is recording the messages for his Instagram account, the account is being managed by some of the team behind the new documentary David Attenborough: A Life on Our Planet, which premieres on Netflix Oct. 4.

The pair said the Instagram feed would also feature exclusive clips and behind-the-scenes footage from the new film.

“Saving our planet is now a communications challenge,” Hughes and Butfield wrote. “We know what to do, we just need the will.”