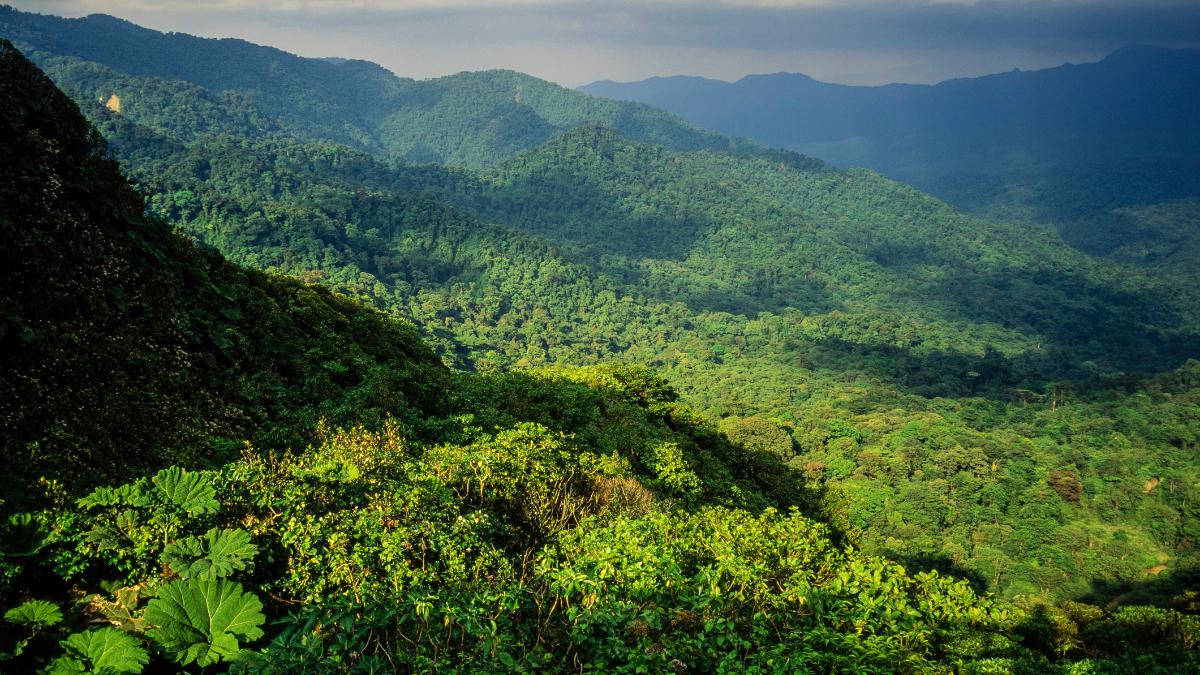 “The results were dramatic,” Dr. Rebecca Cole, lead author of the study published in Ecological Solutions and Evidence, told the British Ecological Society. “The area treated with a thick layer of coffee pulp turned into a small forest in only two years while the control plot remained dominated by non-native pasture grasses.”

Researchers from ETH-Zurich and the University of Hawaii discovered the coffee pulp treated plot grew 80 percent of a canopy cover, compared to the control plot, which only grew 20 percent. The canopy was also four times taller than the control area’s, BES reported.

Using agricultural byproducts to promote tree growth is not a new concept for researchers. In a past study, scientists partnered with an orange juice company to dispose of thousands of tons of orange waste on a degraded pasture, showing significant improvement in soil health, the researchers wrote. But the study was never repeated and few trials on how agricultural byproducts aid recovery on damaged lands have taken place since.

In the coffee waste study, researchers decided to use a “readily available agricultural by‐product in the tropics” like coffee pulp, performing the trial on land in Costa Rica that had undergone severe deforestation and conversion from a coffee farm in the 1950s, the researchers wrote.

Today, coffee is produced in over 60 countries and as the world scrambles to find creative ways to reach global climate agreements, the study’s findings could be a cost-effective and practical step forward. “It’s useful intel as the world aims to restore large areas of forest, in line with in the 2015 Paris climate agreement,” BBC Science Focus Magazine reported.

But faster growth was not the only benefit from covering the plot with coffee pulp. Researchers also found higher levels of carbon, nitrogen and phosphorous, BES reported — a “promising finding given former tropical agricultural land is often highly degraded and poor soil quality can delay forest succession for decades.”

The study’s publishing coincides with the release of an analysis that showed two-thirds of global tropical rainforests are degraded by human activity. Logging and land conversion, mainly for agriculture, have erased nearly 34 percent of the world’s original old-growth tropical rainforests and degraded an additional 30 percent, the Rainforest Foundation Norway found in the analysis, Reuters reported.

As tropical lands become increasingly degraded, they will become more vulnerable to climate change, making it difficult for the forests to recover, Anders Krogh, a tropical forest researcher, told Reuters. “It’s a terrifying cycle,” he said. Linking the agricultural industry with restoration could be a “win-win” scenario to overcome the many barriers forest restoration projects face, the researchers wrote.

But Cole doesn’t suggest dumping coffee pulp on vast areas of degraded land quite just yet, adding that further research is still needed to test the impact of coffee grounds and other agricultural byproducts on a variety of landscapes.

“This study was done at only one large site so more testing is needed to see if this strategy works across a broader range of conditions,” Cole told the BES. In the future, researchers plan to expand their plots to areas beyond just accessible and flat areas. “We hope our study is a jumping off point for other researchers and industries to take a look at how they might make their production more efficient by creating links to the global restoration movement,” Cole said.