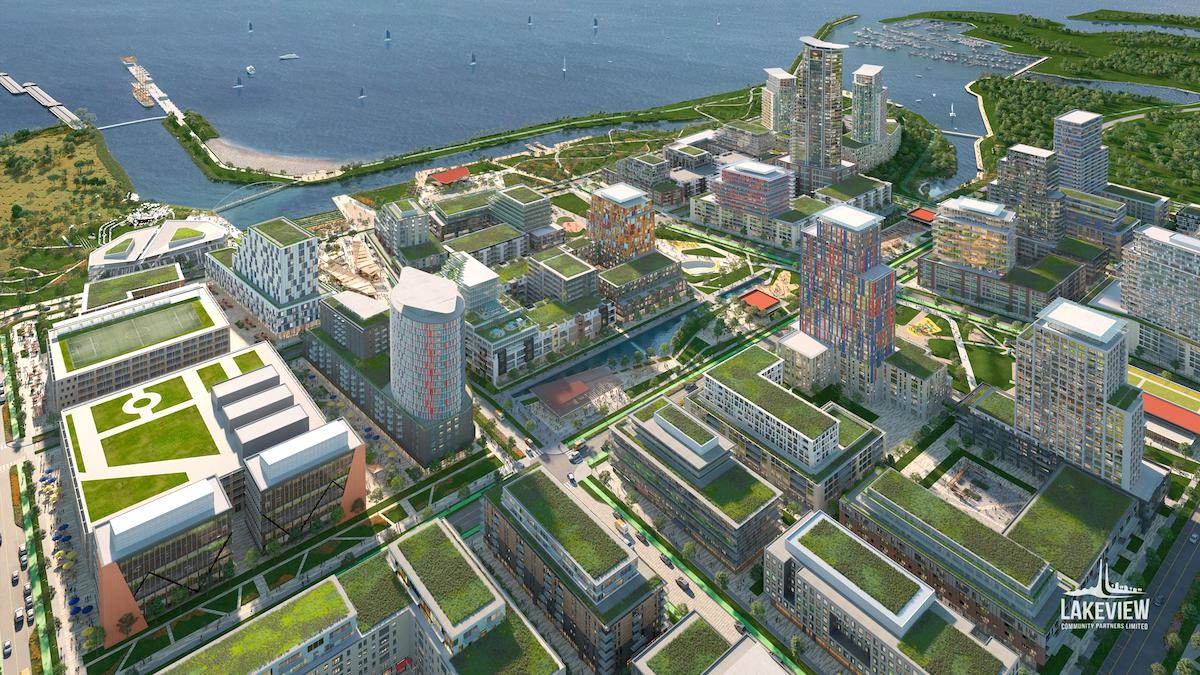 Lakeview Generating Station was once a coal plant in Mississauga, a suburb of Toronto. But now, developers are reimagining it to become a mixed-use, lakefront village, where residents can walk or bike anywhere within the site in just 15 minutes.

Lakeview Village, as the new development will be named, will reclaim access and views of the lake, both of which the former coal plant had restricted for locals. As reported by Fast Company, the government shut down the plant in 2005, and initially planned to replace it with a gas-fired power plant. But the community protested this idea, instead pushing for the site to become something meaningful for the residents.

“There were a lot of grassroots community efforts that really resisted and had a more ambitious vision for what the waterfront could be here, toward a mixed-use, sustainable waterfront community,” Brian Sutherland, vice president of development at Argo Development Corporation, told Fast Company. Argo is leading the redevelopment project.

Argo, heading a coalition of companies, won a bid to build a sustainable village here, and its development applications were recently approved. The team is planning a 15-minute city, which is an urban planning concept aimed at putting core needs close enough together that residents can walk or bike to anything they may need on a regular basis in 15 minutes or less. 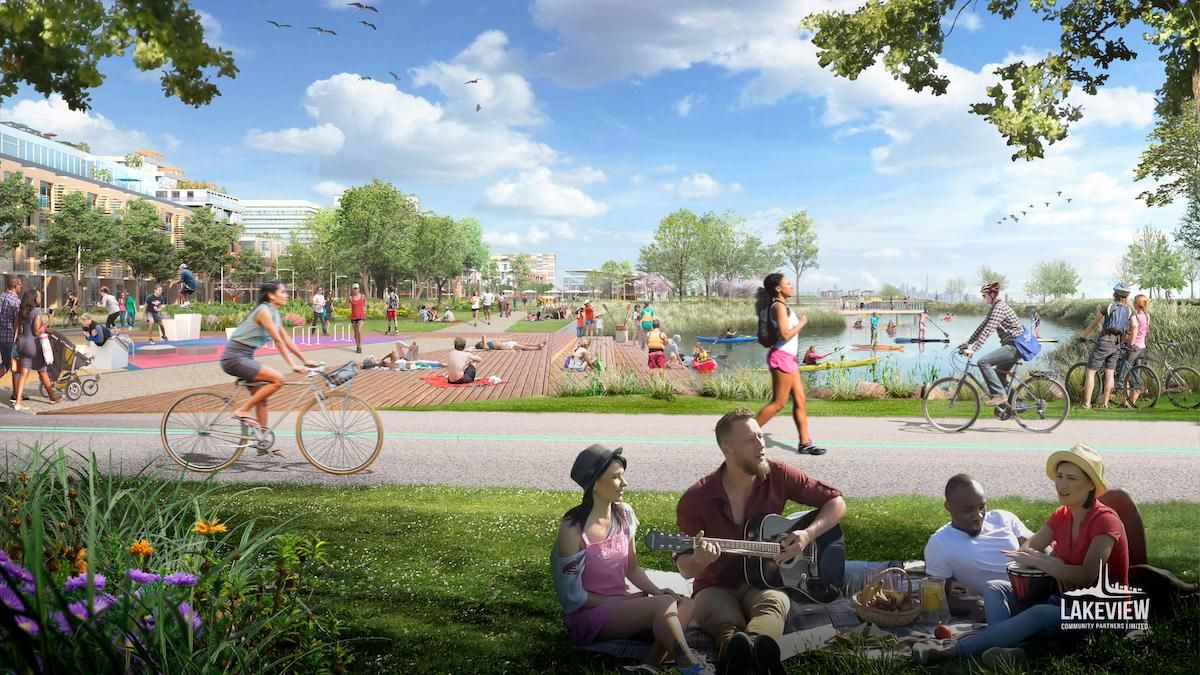 The streets of the new Lakeview Village will emphasize accessibility for pedestrians and cyclists over cars, and a new bike path will lead to another path that connects with Toronto for commuters. The design includes a new metro station, retail stores, a park with a revived stream to reintroduce fish habitat, and a coastal conservation area.

In all, the 177-acre Lakeview Village will create 8,000 homes for an estimated 20,000 people as well as 9,000 jobs. Not only will people get to quickly run daily errands, but they can also commute to work in just a short walk or bike ride.

One of the key goals is a focus on sustainability. The project aims to achieve this by creating a walkable city, centralizing a district heating network using waste heat from the local wastewater treatment center, and relying on a waste vacuum system. The innovative vacuum system would automatically suck up waste, recycling, and compostables into a central waste facility. The design has proven successful in boosting recycling rates in Sweden, plus it could remove waste from public bins when they are full to prevent litter from blowing into the water.

“The demolition of smokestacks and the rise of a vibrant urban district signifies the changes Mississauga and the GTA have undergone: an ongoing growth in population, a greater dedication to sustainability, a growing desire for a walkable, accessible, mixed-use community,” the plan states. “The plan created for Lakeview Village will have a meaningful impact on the capacity for Mississauga to continue to grow into a world-class city.”

The project is slated to take 10 to 15 years for the master plan to be fully developed, with the first residents expected to move in by 2026.