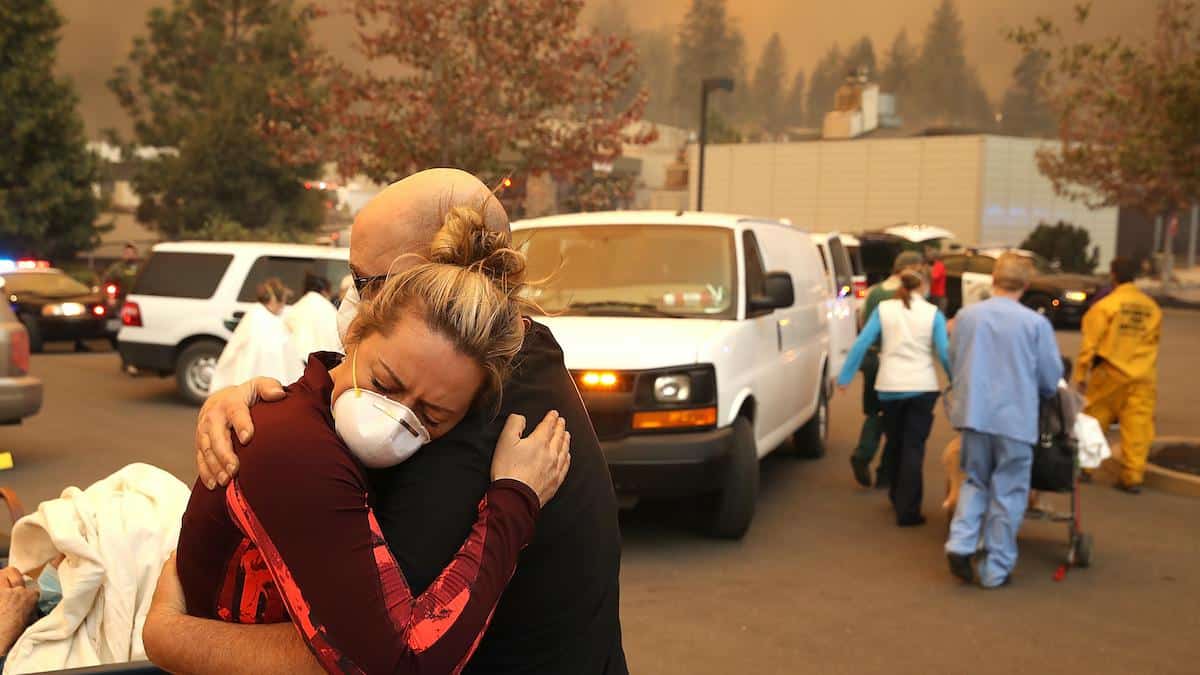 The climate crisis already has a death toll, and it will get worse if we don’t act to reduce emissions.

That’s the warning from the latest Lancet Countdown on Health and Climate Change, an annual public health report released Wednesday.

“This past year, we have seen the harms of our converging crises — COVID-19, climate disasters, and systemic racism; it’s been a preview of what lies ahead if we fail to urgently make the necessary investments to protect health,” Renee Salas, lead author of the U.S. Lancet Countdown Policy Brief, said in a statement reported by CNBC.

Wednesday’s report was the work of more than 100 experts from 35 institutions or universities including the World Health Organization and University College London (UCL). The Lancet Countdown on Health and Climate Change has been running since 2015, when the Paris agreement was negotiated, The Guardian pointed out. However, this year, the health impacts of climate change were their “most worrying” since the report began. All 16 health indicators monitored in the report are worsening, according to New Scientist.

For example, the number of people over 65 who died prematurely because of heat waves increased by almost 54 percent between 2000 and 2018 to reach 296,000, mostly in Japan, China, India and Europe.

The #COVID19 pandemic and #ClimateChange represent converging crises. Wildfires and tropical storms in 2020 have tragically shown us that we do not have the luxury of tackling one crisis alone https://t.co/MQOZv0aUWd #LancetClimate20 pic.twitter.com/4ud9t4NS3k

The report found that the health impacts of the climate crisis were unevenly distributed and disproportionately impacted the people who had done the least to contribute to the crisis. However, this does not mean that wealthier countries are immune.

“A nation’s wealth offers no protection against the health impacts of even a 1.2C global average temperature rise,” Hugh Montgomery, Lancet Countdown co-chairman and a UCL intensive care medicine professor, said in a statement reported by the Thomson Reuters Foundation. “Flames, floods and famine do not respect national borders or bank accounts.”

However, these effects were also distributed unequally within the U.S. itself.

“In the U.S., we see clear evidence of how certain communities are more burdened by pre-existing inequities,” Dr. Jeremy Hess, author on both the global report and the U.S. breakout, told CNBC.

The report authors put forward specific policy recommendations for the incoming Biden administration, including an end to subsidies for fossil fuels, supporting public transportation and reducing the use of nitrogen fertilizers, The New York Times reported.

“The overarching theme I stress to the incoming administration is making health central,” Salas told reporters. “Climate action is a prescription for health.”

Globally, the report authors recommended that governments use the recovery from the coronavirus pandemic as an opportunity to also fight climate change and meet the goals of the Paris agreement.

“The only way you can meet the Paris agreement is by taking advantage of this moment … by combining the recovery from COVID-19 with the response to climate change,” report coauthor and chief sustainability officer for the UK’s National Health Service Dr. Nick Watts told The Guardian.