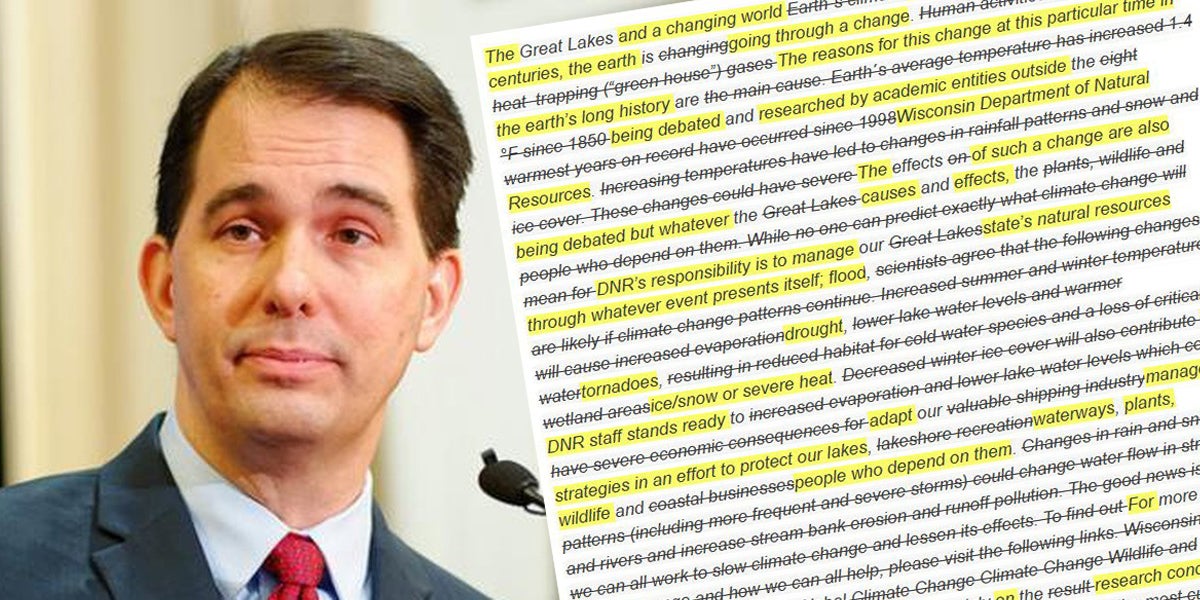 Whoever is managing Wisconsin’s Department of Natural Resources website must be wearing out the delete key. The word “climate” has been quietly stripped from the department’s
webpage dedicated to explaining the state’s response to climate change, Raw Story reported.

In total, 13 original appearances of the word “climate” have been kiboshed. The only place you’ll see the word now is in the “climatechange.html” URL and a tiny footnote link. Not only that, any reference to humanity’s contribution to global warming has been deleted.

The text that appears on the webpage now inserts classic climate skeptic arguments, in which Earth’s “changes” are being “debated.” This is the text on the website as of today:

The Great Lakes and a changing world

As it has done throughout the centuries, the earth is going through a change. The reasons for this change at this particular time in the earth’s long history are being debated and researched by academic entities outside the Wisconsin Department of Natural Resources.
The effects of such a change are also being debated but whatever the causes and effects, the DNR’s responsibility is to manage our state’s natural resources through whatever event presents itself; flood, drought, tornadoes, ice/snow or severe heat. The DNR staff stands ready to adapt our management strategies in an effort to protect our lakes, waterways, plants, wildlife and people who depend on them.
For more information on the research conducted by the University of Wisconsin-Madison.

In a post for Urban Milwaukee, political writer James Rowen reported that the original text actually acknowledged that “[h]uman activities that increase heat–trapping (‘green house’) gases are the main cause [of global warming.] Earth’s average temperature has increased 1.4 °F since 1850 and the eight warmest years on record have occurred since 1998.”

In fact, Rowen has detailed the quiet scrubbing of climate change from the entire DNR website for several years, changes that he describes as “Orwellian” and “propagandistic.”

This news should not surprise anyone who has followed the career of Wisconsin’s notorious climate-change-denying Governor, Scott Walker. Ever since he took office in 2011, Walker has used his powers to “reduce the role of science in environmental policymaking and to silence discussion of controversial subjects, including climate change, by state employees,” as Scientific American observed.

And let’s not forget that in April 2015, state officials banned employees of a state agency from talking about climate change, conducting any work on it or even responding to emails about it.

In the image below, Rowen shows the exact edits that have been made on the DNR webpage in question. Deletions are crossed out with the black line and a version of the highlighted text is what appears now on the page. 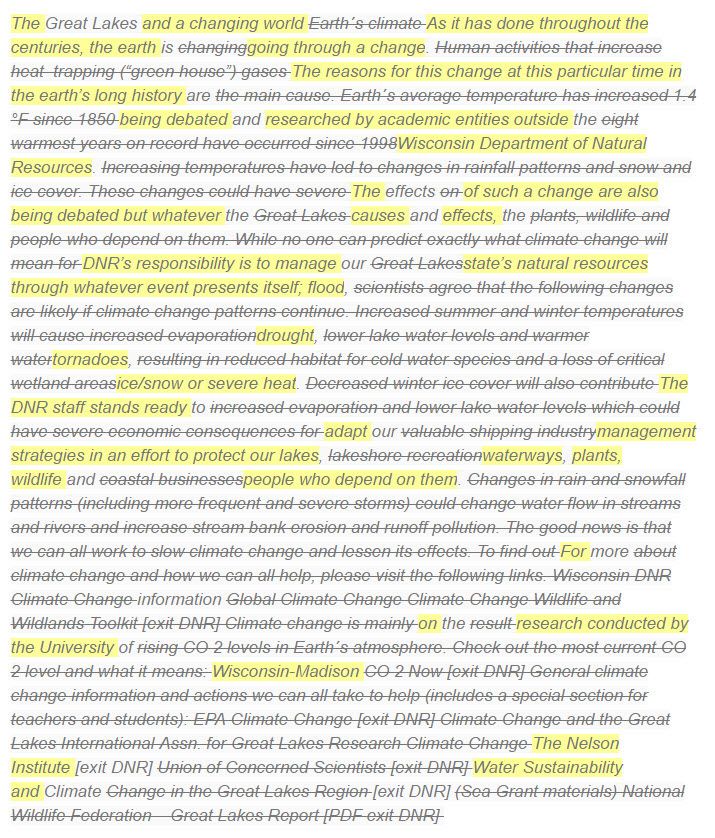