Why the UK Is Wary of American ‘Chlorinated Chicken’ 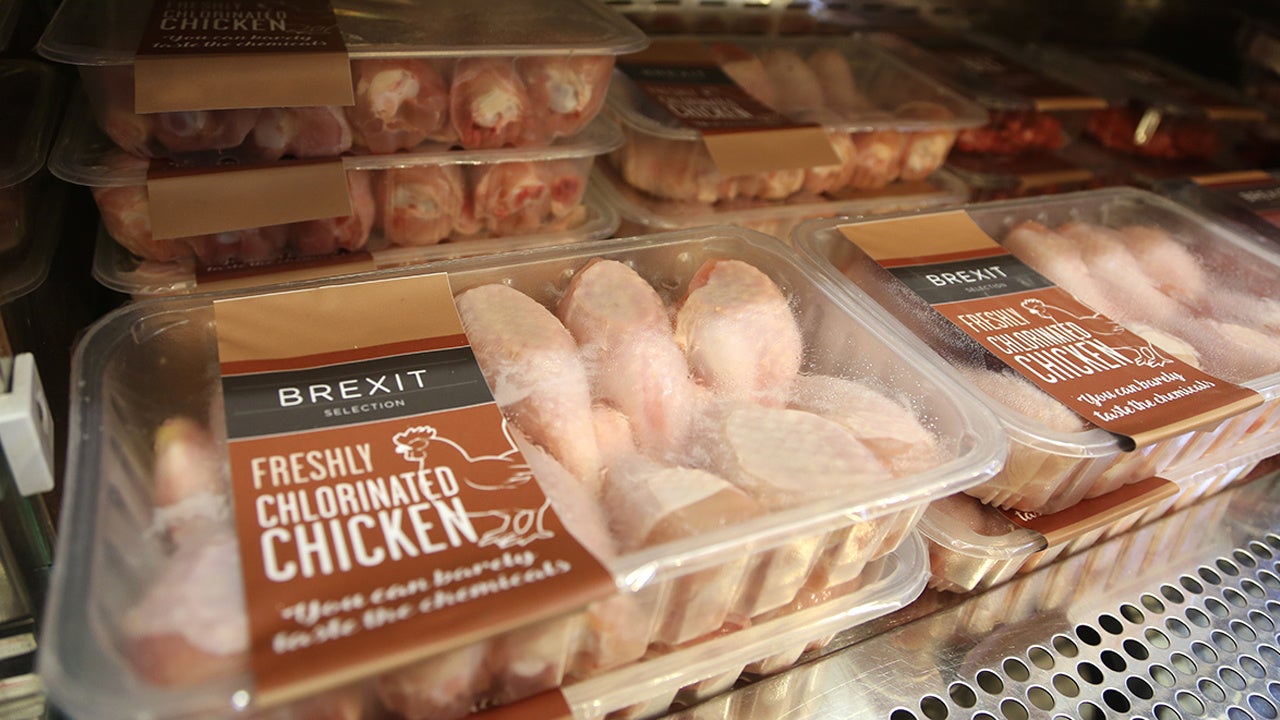 A hot-button issue in the UK focuses on something most Americans don’t even know about: a particular method of disinfecting raw poultry.

In the UK, “chlorine-washed chicken” has become a shorthand for the excesses of American agribusiness; Prime Minister Boris Johnson has even used it as an insult for his political foes. Much of the U.S.’ chicken is disinfected with a strong solution of chlorine, a quick and effective way of killing a lot of bacteria. Chlorine treatments have been banned in the UK since 1997, due to an European Union-wide ban on the practice, but chlorine-treated chicken is back in the news in the UK.

Due to the UK’s pending exit from the European Union (EU), many of the union’s laws will be reconsidered there, and either maintained or cast aside. The UK, essentially, will have the option to start importing American chicken for the first time in decades, at least at a large volume. Allowing chicken processed in this way into the UK is a very controversial topic there. The British media has been accused of being “obsessed” with the issue; British publications have run dozens of stories about what American chlorine-treated chicken is.

The U.S. has not let this go unnoticed. BuzzFeed News got ahold of a document laying out the American government’s plans to get its chicken into the UK. The document proposes a 0,000 press junket for “influential” British journalists to tour American farms — presumably a carefully selected array of those farms — in order to change the dialogue about this chlorinated chicken. The document is largely focused on fighting “misconceptions” about American agribusiness, including such topics as GMOs, animal welfare and factory farming.

Using a chlorine solution to disinfect chickens is not, according to many studies, particularly unsafe. Even European agencies have found that chlorine is an effective way to kill bacteria. The EU didn’t ban it because it doesn’t work; they banned it because it works too well. Essentially, the EU’s objection to the method is that it is a sledgehammer method used to cover up the atrocities in much of the American poultry industry: tiny spaces, wildly overbred birds that have difficulty standing up, and mass production that results in heavily soiled, contaminated birds. Chlorine, by the EU’s way of thinking, encourages such bad behavior. After all, why bother to treat your birds well, when it’s expensive and can all be cleaned off by a 50-parts-per-million chlorine solution?

Obviously, securing access to the UK as an export market would be a huge victory for the American poultry industry. The U.S. produced more than nine billion broiler chickens — those raised for meat consumption — in 2018, a value of more than billion. Chicken is now the most popular meat in the UK, and American chicken producers would surely love to ignore their antitrust issues and sell some chicken to a huge new market.

The British concern about the provenance of American chicken, though, is unlikely to be healed with a luxury press tour for a select group of journalists.