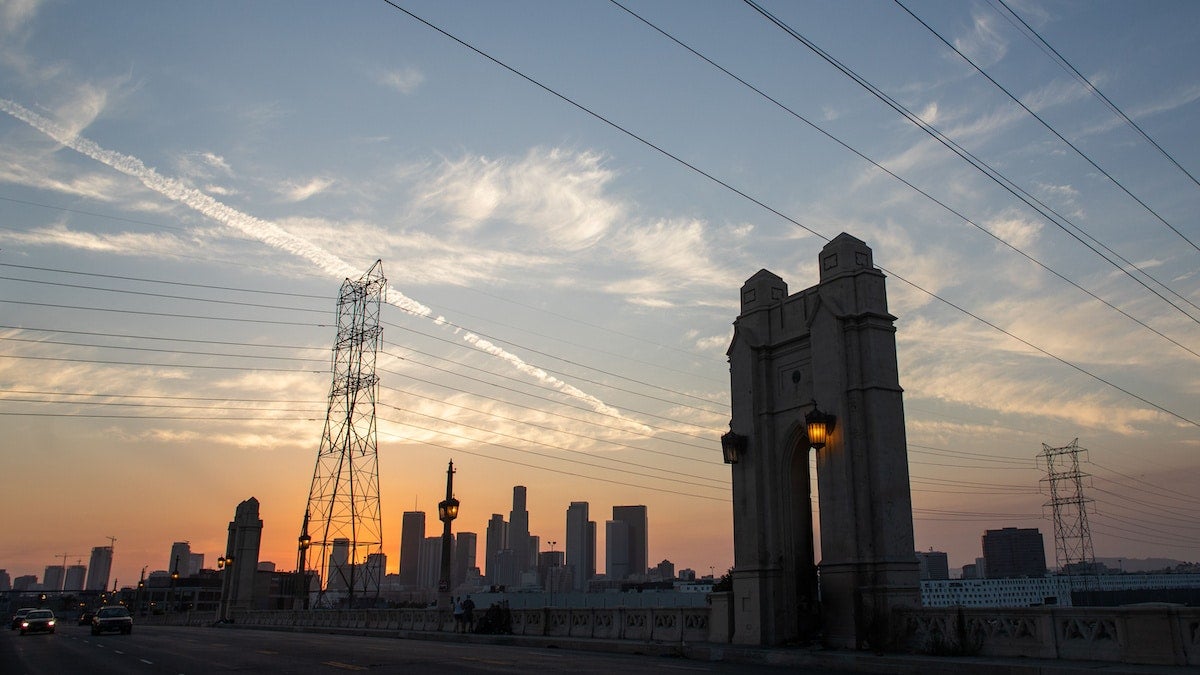 While California has several microclimates that make the temperatures and weather patterns in various parts of the state wildly different from each other, few areas were left unaffected by the extreme heat that has blanketed the state.

In Southern California, triple-digit temperatures have taxed the power grid so much that utilities had to impose rolling blackouts for the first time since 2011. In Death Valley, the temperature reached 130 degrees, and in Northern California a freak lightening storm ignited small fires and stoked ongoing ones. In the northeastern part of the state, the winds and high-temperatures caused strange fire behavior, leading to “rotating columns and fire whirls,” colloquially known as a “firenado.”

The bizarre and rare firenado was spotted on Saturday near the Loyalton Fire in the northeastern part of the state by the Nevada border. The fire, which started in the Tahoe National Forest, had burned more than 2,000 acres by Saturday evening. Video of the firenado was posted to Twitter with the line, “Fire Tornado today outside Chilcoot and Hallelujah Junction California. This was intense and scary!!!!”

Firenados are very similar to regular tornados. They are formed when the rising hot air meets changing wind patterns higher in the atmosphere. Those winds shift the direction of the blazes. Unlike a regular tornado, the winds in a firenado shift smoke plumes around, making them extremely dangerous to anyone nearby, as NBC News reported.

“The big concern is that it’s extremely erratic fire behavior,” said John Mittelstadt, a Reno-based meteorologist with the National Weather Service, as NBC News reported. “For any of the firefighters who are working on one flank of the fire, all of a sudden, there is no way to predict what the winds are going to do or how strong they are going to be,” he added.

Meanwhile, the Bay Area faced triple-digit heat for the first time ever in August. It also witnessed a rare lightning storm. While beautiful, it raised the fire threat significantly for the parched area.

“Any lightning strikes will likely lead to new fire starts given the current heat wave,” the NWS forecasters said, according to The Guardian. “A secondary pulse of moisture and instability arrives later Sunday into early Monday.”

Through Northern and Southern California, the power grid was so compromised by the need for energy during the weekend’s extreme heat that the California Independent System Operator issued rolling blackouts for the first time since 2011. It also declared a Stage 3 emergency for the state’s power grid for the first time since 2001, as CNBC reported.

While the power was restored fully over the weekend, threats still loom, as temperatures above 100 degrees are expected everyday through the end of this week in the Los Angeles area, according to The New York Times.

Meanwhile, California is seeing its number of novel coronavirus cases surge, making the heat more dangerous since people may be avoiding malls and cooling centers. Furthermore, if people stay home and blast their air conditioners, then the power grid is overworked, creating the scenario where more rolling blackouts may be needed, according to The New York Times.

The extreme heat may have set a new record in Death Valley, where the temperatures soared to 130 degrees Fahrenheit, making it the first place on Earth to reach such a high mark in August, according to The Washington Post.

The National Weather Service reported that yesterday afternoon the temperature did hit 130 degrees. If it is verified, it would break Death Valley’s previous August record by three degrees, the Weather Service tweeted. It also may be the highest temperature ever recorded on Earth, as The Washington Post reported.

“Everything I’ve seen so far indicates that is a legitimate observation,” Randy Cerveny, who leads the World Meteorological Organization’s weather and climate extremes team, wrote in an email, as The Washington Post reported. “I am recommending that the World Meteorological Organization preliminarily accept the observation. In the upcoming weeks, we will, of course, be examining it in detail, along with the U.S. National Climate Extremes Committee, using one of our international evaluation teams.”