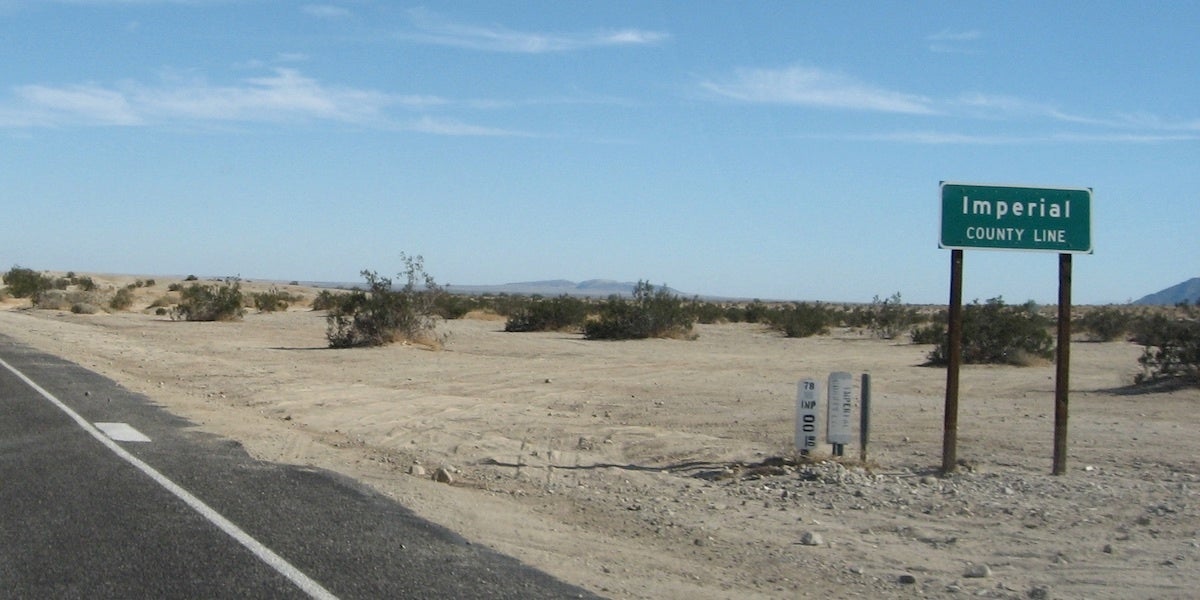 Southern California is not only sweltering under extreme heat, the city of Imperial actually witnessed rainfall when it was a scorching 119 degrees Fahrenheit outside on July 24, weather experts observed.

The bizarre event set “a new world record for the hottest temperature ever measured while rain was falling,” Dr. Jeff Masters, meteorologist and co-founder of Weather Underground, wrote in blog post.

“Most of the rain evaporated since the humidity was only 11-15 percent during the rain event, and only a trace of precipitation was recorded in the rain gauge. Nevertheless, the July 24 rain at 119 F in Imperial sets a new record for the hottest rain in world history,” Masters wrote.

The previous record for the warmest rain was set by Needles, California on Aug. 13, 2012, when rain fell at a daytime high of 118 F with a humidity of 11 percent.

So what does rain on scorching hot day feel like? After ringing up a few city offices and businesses, one Imperial resident told Masters that the rain “made it difficult to breathe” and it felt hard on their heart.

Masters also broke down the science of what happened that day: “The July 24, 2018 rain in Imperial was due to a flow of moisture coming from the southeast caused by the Southwest U.S. monsoon, a seasonal influx of moisture due to the difference in temperature between the hot desert and the cooler ocean areas surrounding Mexico to the south.”

“It means that not only is Earth getting hotter but also more humid. And that is the link between a changing climate and health,” Beradelli tweeted.

This is an amazing stat!! Rain at 119 degrees. Hottest temp on record to produce rain. It means that not only is Earth getting hotter but also more humid. And that is the link between a changing climate and health. https://t.co/dDmcmP7FeE #MetsUnite @1o5CleanEnergy @ClimateComms pic.twitter.com/1y12HB2rBi