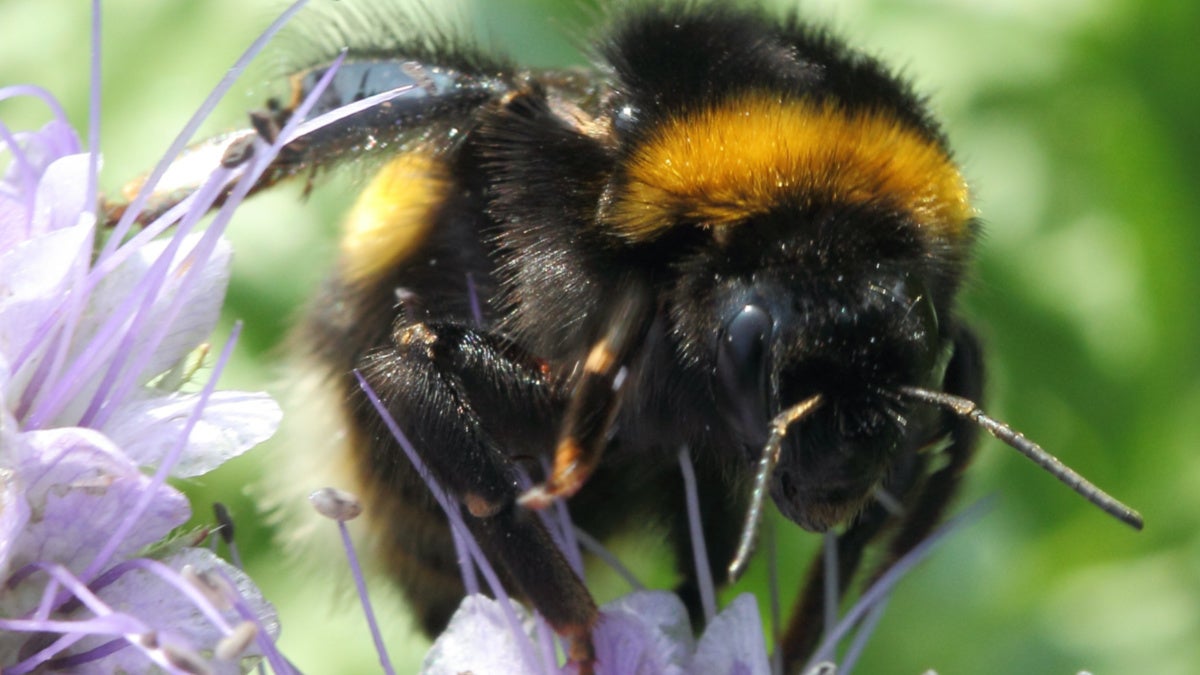 The climate crisis has caused Japanese cherry blossoms to bloom in October and sped the arrival of spring in much of the U.S. But it turns out that humans aren’t the only animals who can trick plants into flowering early.

Scientists have discovered that bumblebees can cause plants to flower as much as 30 days ahead of schedule by biting their leaves.

“I think it’s fascinating how much we still don’t know about organisms that we think we know really well,” study coauthor and ETH Zurich professor Consuelo De Moraes told BBC News. “It absolutely increases our sense of wonder at the cleverness of nature in all its many forms.”

The discovery, published in Science Friday, was made by accident. One of De Moraes’ students, Foteini Pashalidou, observed buff-tailed bumblebees making small slits in the leaves of greenhouse plants, National Geographic explained. However, the bees didn’t appear to eat the leaf bits or bring them back to their nests.

The researchers did notice that the bees from colonies with less food were the ones most damaging the leaves, Science reported. This led the scientists to wonder if the bees were trying to get the plants to flower early out of hunger, so they set up an experiment to test this hypothesis, as Science described:

The researchers set up a greenhouse experiment with black mustard (Brassica nigra), a crop they had been studying. Ten plants were put in mesh bags with bumble bees that hadn’t eaten any pollen for 3 days; they proceeded to nibble five to 10 holes in each plant. On average, those plants flowered after 17 days; undamaged plants that had not been exposed to bumble bees took an average of 33 days, the researchers report today in Science. In a similar experiment, tomato plants sped up their flowering by 30 days.

Further experiments confirmed that the behavior was motivated by hunger. Pollen-deprived bees cut four times as many holes in lab leaves as fully fed bees. Outside the lab, bees cut holes in plants on a rooftop garden in early spring, but stopped doing so as frequently once more flowers began to bloom. The researchers also observed leaf-biting in two wild species: red-tailed and white-tailed bumble bees.

While this behavior is new to scientists, we may have encountered its evidence for years without realizing it.

“You see these semi-circular sort of incisions, often in the leaf,” coauthor Dr Nark Mescher told BBC News. “One of the students was saying that they were eating a salad the other day, and they saw that kind of damage on the leaf that was probably from a bumblebee.”

Beyond its novelty, the finding has important implications for bumblebees’ ability to adapt to the climate crisis, National Geographic explained. As warmer spring temperatures cause pollinators to awaken before plants flower, this activity could ensure early-rising bees find food. It might also help farmers increase human food supply if they can copy the bees’ technique.

But so far the researchers aren’t sure how the bees’ trick works. Attempts to duplicate it in the lab by damaging leaves in similar ways were only partially successful.

“We really tried to replicate it with the best of our ability,” De Moraes told BBC News. “It’s possible that the bees also have some cue that they are providing to the plants that is specific to the bee. And that could be secretions that we don’t know about, but it’s something that we plan to investigate.”