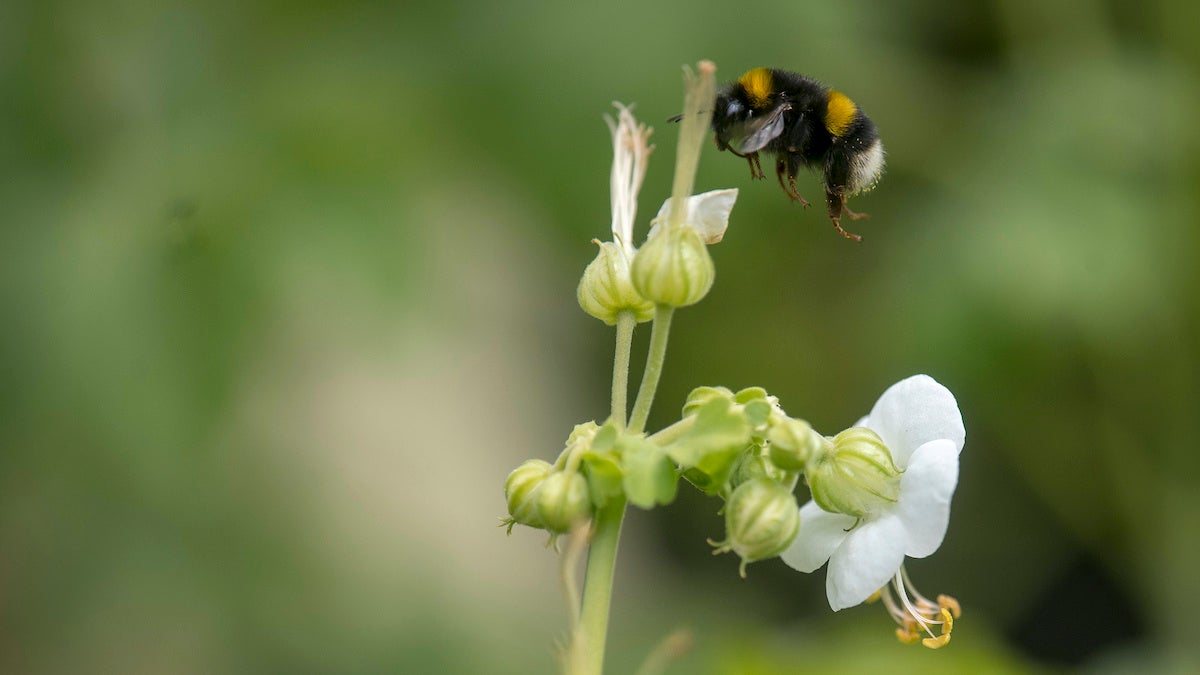 A bumblebee on a Dusky Cranesbill geranium plant on May 14, 2018 in London, England. Victoria Jones - WPA Pool / Getty Images

Rampant pesticide use and habitat loss has already crippled bumblebee populations. New research now shows that warming temperatures around the world will further push bumblebees to the brink of extinction, as The New York Times reported.

The loss of bumblebees spells trouble for plant biodiversity since they are some of the most important pollinators in the world. Bumblebees pollinate and fertilize a wide array of plants and crops, including tomatoes, blueberries and squash. However, if you are in North America, you are nearly 50 percent less likely to see a bumblebee in any given area than you were prior to 1974, according to the new research, as National Geographic reported.

The new research, published in the journal Science, employed a massive dataset and a complex modeling system to look at bee populations and to find the reason for their decline. The researchers found that bee populations have experienced the largest decline in places that have warmed at a faster rate than the rest of the planet.

Some bumblebee species have disappeared from areas where they once flourished. For example, the rusty-patched bumblebee once thrived in Ontario, but now it is no longer found in Canada. In the U.S., it is endangered, as National Geographic reported.

“The things [we] grew up with as kids are fading away very fast,” said Dr. Jeremy Kerr, senior author of the study and a biology professor at the University of Ottawa, as CNN reported.

“It’s not just that we’re looking at what our kids will experience; it’s that we are looking back not even a full generation, just to when we were kids, and saying, ‘Could we take our children to places we loved and find what we found?’ What our study says is that that answer is no across entire continents.”

The scientists at the University of Ottawa looked at 66 different bumblebee species across two continents. They found that bumblebee populations have declined by 46 percent in North America and by 17 percent in Europe compared to the period from 1901 to 1974, according to the study.

“The scale of this decline is really worrying,” said Peter Soroye, a doctoral student in biology at the University of Ottawa and lead author of the study, to The New York Times. “This group of organisms is such a critical pollinator in wild landscapes and agricultural regions.”

To build their model, the researchers relied on a database of roughly 550,000 bee records over a century. The researchers looked at two time periods: 1901 to 1974 and 2000 to 2015. Then they examined if temperatures and precipitation exceeded the bumblebees’ tolerance level, as CNN reported.

Bumblebees, which prefer cooler, slightly wet temperatures, perished in areas that had heat waves, prolonged dryness, or frequently extreme weather. That pattern, which is commensurate with the climate crisis, threatens bumblebees with extinction and from the possibility of establishing colonies or creating new species, according to CNN.

Kerr said that there are several mechanisms at play. Bees can simply overheat. Or, as plants wither, the bees starve. Additionally, early springs and re-freezings threaten queens, which spend the winter in forest leaf litter, as National Geographic reported.

“As these plants are then used by myriad other organisms, the decline of bumblebees can have cascading ecological [effects] that may collectively cause biodiversity loss,” said Matthew Austin, a Ph.D. student and researcher at the University of Missouri in St. Louis who wasn’t involved in the paper, to National Geographic.

“Our results show that we face a future with many less bumble bees and much less diversity, both in the outdoors and on our plates,” said Soroye in a University of Ottawa statement.