Half of Michigan’s Bumblebee Species in Decline, One Extinct 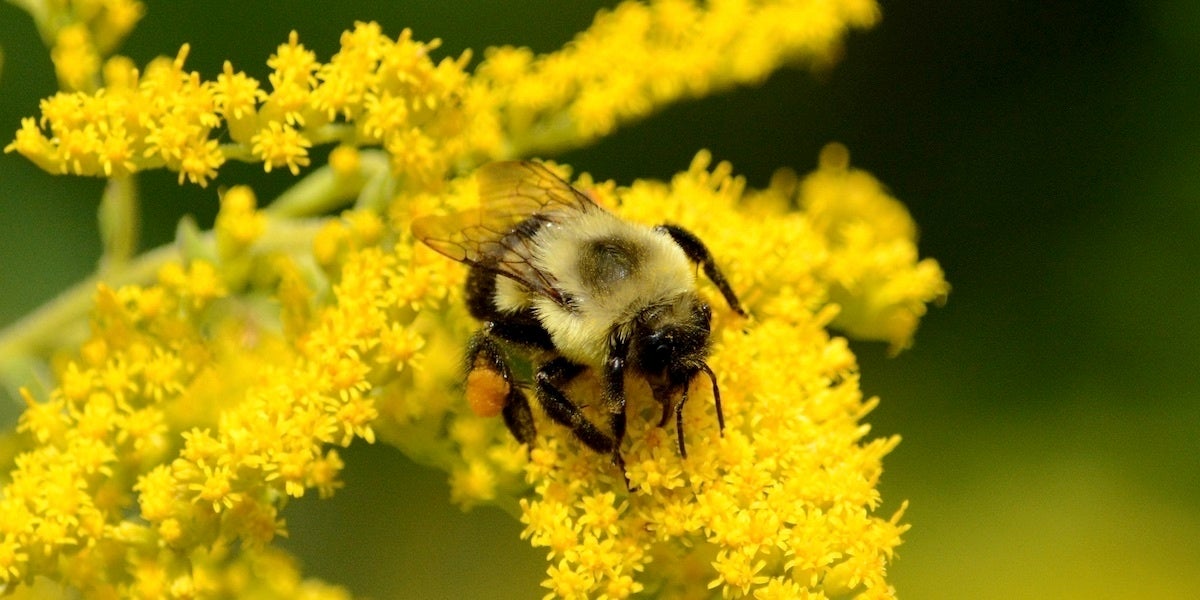 Honeybees get a lot of attention for their worrisome decline, but many species of bumblebees—which are key pollinators—are also in trouble.

In Michigan, half of its bumblebee species have declined by 50 percent or more, Michigan Radio reported.

“Of those twelve species, about half of them have declined and the other half are stable,” Thomas Wood, a post-doctoral research associate at Michigan State University, told the radio station.

Of the six species that have declined, their numbers dropped by more than 50 percent, Wood added. One species, the rusty patched bumblebee, has even gone extinct in Michigan.

In 2017, the U.S. Fish and Wildlife Service classified the rusty patched bumblebee as an endangered species, the first bumblebee in the country and the first wild bee of any kind in the continental U.S. to receive Endangered Species Act protection.

The bee, identified by its reddish abdomen, was once common and abundant across 28 states from Connecticut to South Dakota, the District of Columbia and two Canadian provinces, but its population plummeted by 87 percent since the late 1990s.

There are many factors tied to Michigan’s disappearing bumblebees, Michigan Radio reported, including loss of flowers, destruction of prairie and wooded areas that provide habitat for insects, as well as a controversial class of insecticides called neonicotinoids that have been linked to bee deaths around the world.

Neonicotinoids are “acutely toxic to bees and they’re used in agriculture. Almost all the corn that’s planted in Michigan, and in the Midwest more generally, is treated with these insecticides,” Wood explained.

The bumblebee is also impacted by climate change. One 2015 study found that the southern range of North American and European species compressed as the planet heats up.

Because of their big, fluffy bodies and unique buzz pollination abilities (where their wing muscles vibrate a flower to release pollen), bumblebees can be more efficient than honeybees in pollinating a variety of fruit and vegetable crops.

“Bumblebees are especially good pollinators; even plants that can self-pollinate produce more and bigger fruit when pollinated by bumblebees,” the U.S. Fish and Wildlife Service said. “Each year, insects, mostly bees, provide pollination services valued at an estimated $3 billion in the United States.”

The good news is we can help the humble bumblebee’s survival. The National Wildlife Federation provides several tips in this blog post, including planting native plants and eliminating the use of pesticides.