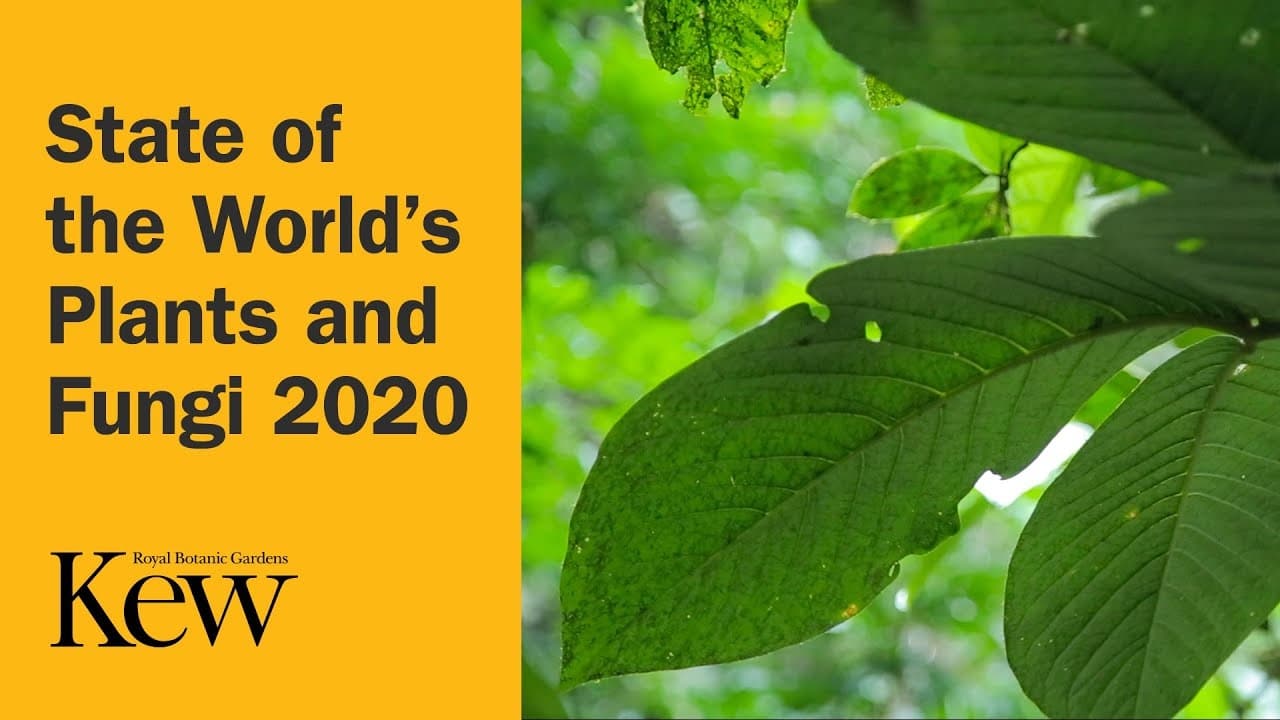 A grim new assessment of the world’s flora and fungi has found that two-fifths of its species are at risk of extinction as humans encroach on the natural world, as The Guardian reported. That puts the number of species at risk near 140,000.

The new report, State of the World’s Plants and Fungi 2020, and an accompanying short video were published by Royal Botanic Gardens Kew, and depict an international effort from hundreds of scientists from 42 countries who analyzed the health of thousands of animal species. The researchers looked at how people are interacting with plants, how plants and fungi are being used, and what opportunities people are missing, as The Irish Times reported.

The report highlights that plants are crucial to sustaining life as they provide food, medicine, raw materials, fuel and food. And yet, the report notes, “Never before has the biosphere, the thin layer of life we call home, been under such intensive and urgent threat. Deforestation rates have soared as we have cleared land to feed ever-more people, global emissions are disrupting the climate system, new pathogens threaten our crops and our health, illegal trade has eradicated entire plant populations, and non-native species are outcompeting local floras. Biodiversity is being lost – locally, regionally and globally.”

The report notes that scientists are racing against the clock to rescue plant and fungi species and they are also working to figure out how to leverage plants and fungi to combat the climate crisis and food insecurity, according to the BBC.

When Kew issued its first report in 2016, it found that 20 percent of plant species were at risk. That number has doubled in just four years. However, that does not mean that twice as many plant species are at risk. Instead, the huge jump in percentage is due to advances in assessments that now make a more accurate account for plants that were over- or underrepresented in the 2016 report, according to The Irish Times.

The fact that 40 percent of plant species are at risk paints “a very worrying picture of risk and urgent need for action,” according to Alexandre Antonelli, director of science at Royal Botanic Gardens Kew, as The Irish Times reported.

“We are also losing the race against time, species are probably disappearing faster than we can find and name, and many of them could hold important clues for solving many of the pressing challenges of medicine and perhaps even some of the emerging or current pandemics,” he added.

The scientists involved in the research noted that more than 4,000 plant and fungi species were discovered last year. These plants are an untapped resource that holds tremendous promise as food, medicine and biofuels, according to the paper, as The Guardian reported. Some of the new species discovered include members of the onion family, plants similar to spinach, and relatives of the staple crop cassava.

Around the world, billions depend on plants as their primary source of medicine. The report noted that 723 species used as therapeutic treatments are threatened with extinction.

“We would not be able to survive without plants and fungi. All life depends on them, and it is really time to open the treasure chest,” said Antonelli, as The Guardian reported. “Every time we lose a species, we lose an opportunity for humankind.”