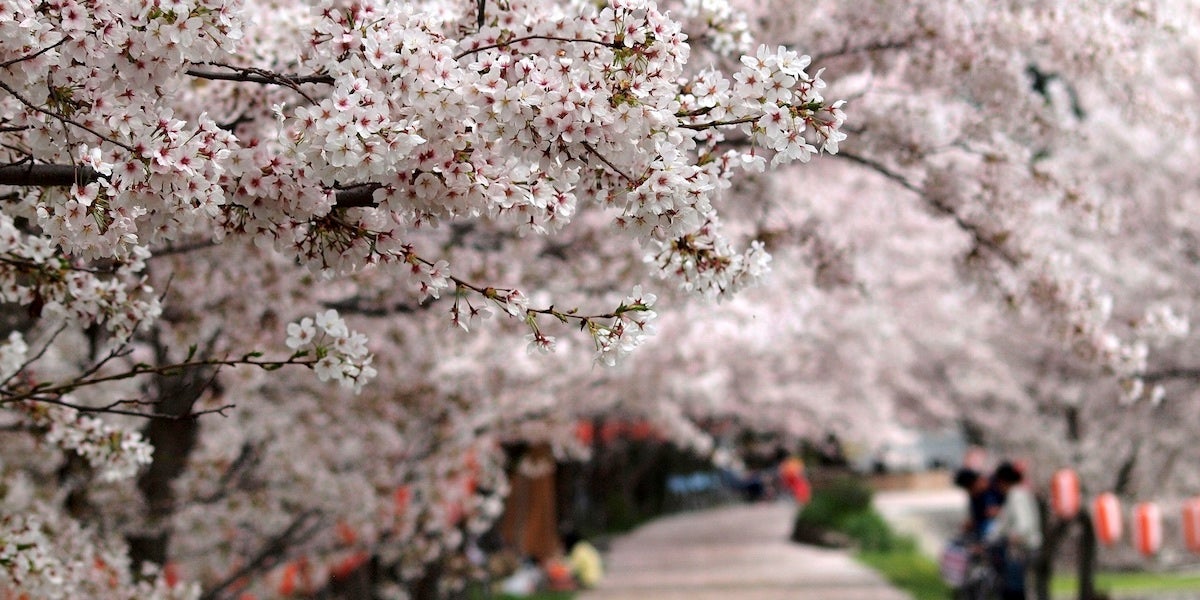 Each year, Japan’s iconic cherry blossoms herald the arrival of spring. But after a bout of
extreme weather, blooms are being reported several months early.

The Japanese weather site Weathernews said it had received more than 350 reports of blossoms throughout the country. The flowers usually appear in March or April.

It’s not unusual for sakura to arrive ahead of schedule, however experts said it’s rare for the flowering to be so widespread.

“We get reports every year of cherry blossom blooming early, but those are confined to specific areas,” Toru Koyama, a senior official with the Flower Association of Japan, told
Reuters. “This time we are hearing about it from all over the country.”

Koyama explained that the leaves of cherry blossom trees contain a chemical that suppresses the pink and white flowers from blooming. But two
powerful typhoons this September—including devastating Typhoon Jebi—stripped the trees of their leaves or exposed them to salt water. Without the presence of the growth-inhibitors, the trees flowered early.

What’s more, temperature swings brought by the storms may have tricked the bulbs into thinking it was spring.

The early blooms should not spoil the 2019 hanami, or the traditional flower-viewing season. The number of flowers blooming early is still small, so viewers are unlikely to notice much difference, Koyama added.

Regardless of this year’s major storms, cherry blossoms in Japan are emerging increasingly early, and scientists say that climate change is likely the culprit.

From its most recent peak in 1829, when full bloom could be expected to come on April 18th, the typical full-flowering date has drifted earlier and earlier. Since 1970, it has usually landed on April 7th. The cause is little mystery. In deciding when to show their shoots, cherry trees rely on temperatures in February and March. Yasuyuki Aono and Keiko Kazui, two Japanese scientists, have demonstrated that the full-blossom date for Kyoto’s cherry trees can predict March temperatures to within 0.1°C. A warmer planet makes for warmer Marches.