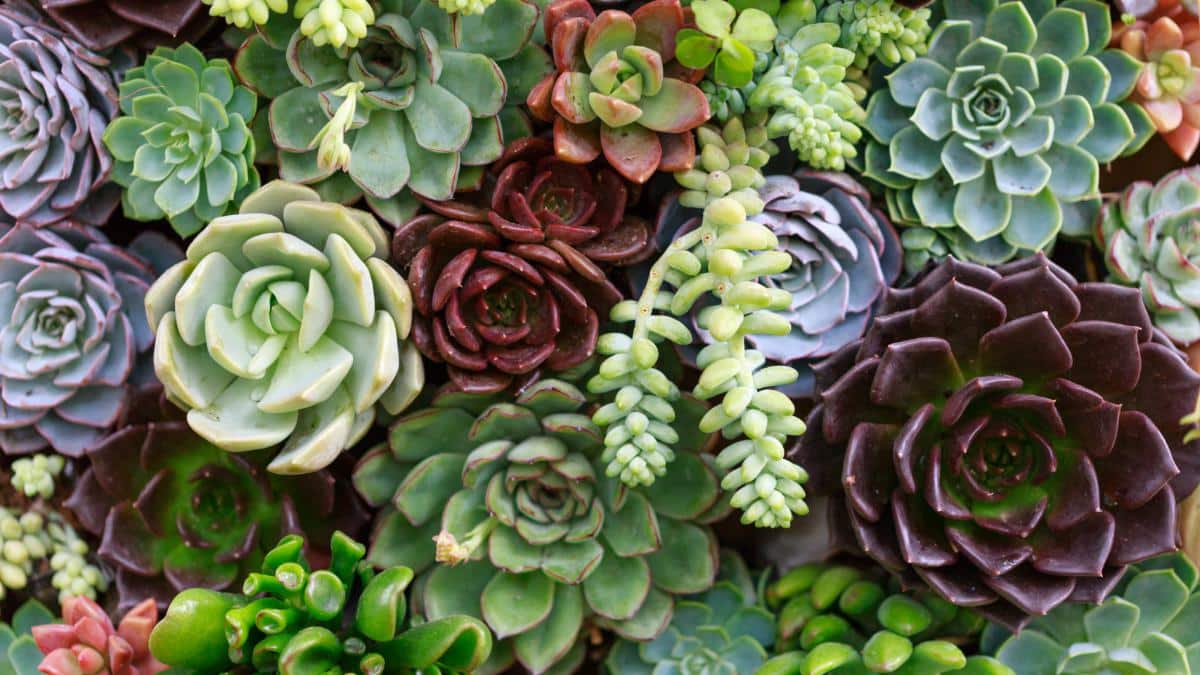 Small rosette succulents in California are among the victims of the black market plant trade. quangpraha / Getty Images

After almost a decade of no precipitation, 10mm of rain caused an entire desert in South Africa to bloom. Rare species in Richtersveld National Park awoke and flowered for the first time in nine years, only to be stolen for the illegal plant trade, The Guardian reported. Plant poaching is not new, nor is it unique to the area; but, pandemic-inspired houseplant purchases have exacerbated the issue worldwide.

According to Pieter van Wyk, a botanist and nursery curator at Richtersveld, the World Heritage Site is the world’s most biodiverse desert. With its unique geology, including the world’s oldest mountains, and location creating a perfect ecosystem for many plants to thrive, more than 3,000 plant species exist in a relatively small area, including 400 endemic to the region, The Guardian reported. Many of these are prized succulents that fetch high prices on the black market. Some species are so specialized they only grow in one valley or on one mountain top. There are even cases where an entire species lives in an area smaller than a soccer field, “so a poacher could render a species extinct in a morning,” The Guardian noted.

“In regards to rare, more than half of the plants from the region were not rare, but are now becoming rare” due to environmental and human factors, van Wyk told EcoWatch.

Van Wyk adds how demand is high and supply is low, especially for charismatic and endangered species, making the black market quite profitable. South African plants such as those in Richtersveld are sold to distant places by crime syndicates who subcontract the actual theft to desperate locals and even tourists, he said.

“People [here] don’t have work… People are desperate for money and food, willing to make quick money,” van Wyk explained. Due to increased interest in rare plants, “now syndicates pay several months’ worth of salary to locals for plants which, in the end, are being sold in Asia and Europe, as well as America, for values that could sustain a family for years in Namaqualand.”

Van Wyk noted that the appeal of the black market continues to grow because ethical and legal nurseries can take five to 15 years to build up enough stock for retail sale, while it can be difficult dealing with export regulations and obtaining permits.

He told The Guardian that plant poaching in South Africa might eclipse the country’s lucrative rhino horn industry. The nursery curator fears that many iconic species may go extinct within his lifetime, having already witnessed massive losses within the last five years, The Guardian added. This is mainly due to poaching and habitat loss from farming, mining and the climate crisis, van Wyk told EcoWatch.

The botanist also warned that the global-local crime cycle has caused locals to poach more than what is asked of them. “The quick money-making scheme has gone viral amongst locals who are now removing plants without having buyers, causing large-scale destruction with many plants eventually being thrown away,” van Wyk told EcoWatch.

He warned that this biodiversity loss will have a greater impact on general ecology, ecosystem health and climate regulation. “This has a severe impact on humans as well, as [this area] eventually will become uninhabitable, and probably soon,” van Wyk said.

Plant poaching itself is not a new crime nor limited to South Africa. The U.S. Fish and Wildlife Service (FWS) defines the act as the illegal removal of rare and endangered plants from their natural habitat. Plants are stolen without regard to laws and regulations created for their protection, and theft can occur either on government land or private property.

In a 2020 “buyer beware” warning for Venus flytrap plants, FWS asked collectors to help stem poaching of the popular potted plant. Endemic to North and South Carolina, wild populations of the carnivorous plant are in serious decline. Habitat loss and alteration are the primary threats, but poaching causes enough damage that it was declared a felony in 2014.

Another article by The Guardian highlighted how the quarantine-fueled gardening craze around the world is also spurring plant poaching in the Philippines. Carnivorous pitcher plants and those used to cultivate bonsai became especially popular, and these and other endangered species are being dug up from forests and mountains in record numbers, according to the article.

Iconic saguaro cacti are another wild plant now threatened with extinction due to climate change and poaching. Saguaros grow slowly, taking 50 years to reach three feet tall, A Natural Curiosity reported. The cacti don’t typically begin to grow their famous arms until they are at least 70 years old, and can live around 150 years. Coveted amongst collectors, the cacti sell for up to 0 a foot. But saguaro poaching has escalated to the point where individual wild plants are now microchipped to track and deter poaching.

Although not as widely publicized as animal poaching, removing plants from nature has an “equally large effect on the vital balance needed to maintain healthy ecosystems,” A Natural Curiosity reported. The article also covered an issue facing small rosette succulents in California. These succulents prevent erosion on rocks and cliffs where few other plants can survive, and removing them for houseplants destabilizes the entire ecosystem base. And that’s exactly what is happening due to pandemic plant demand.

As plants such as monsteras, hoyas and succulents gained popularity on social media, poachers have been enlisted to source them no matter the consequence, A Natural Curiosity found.