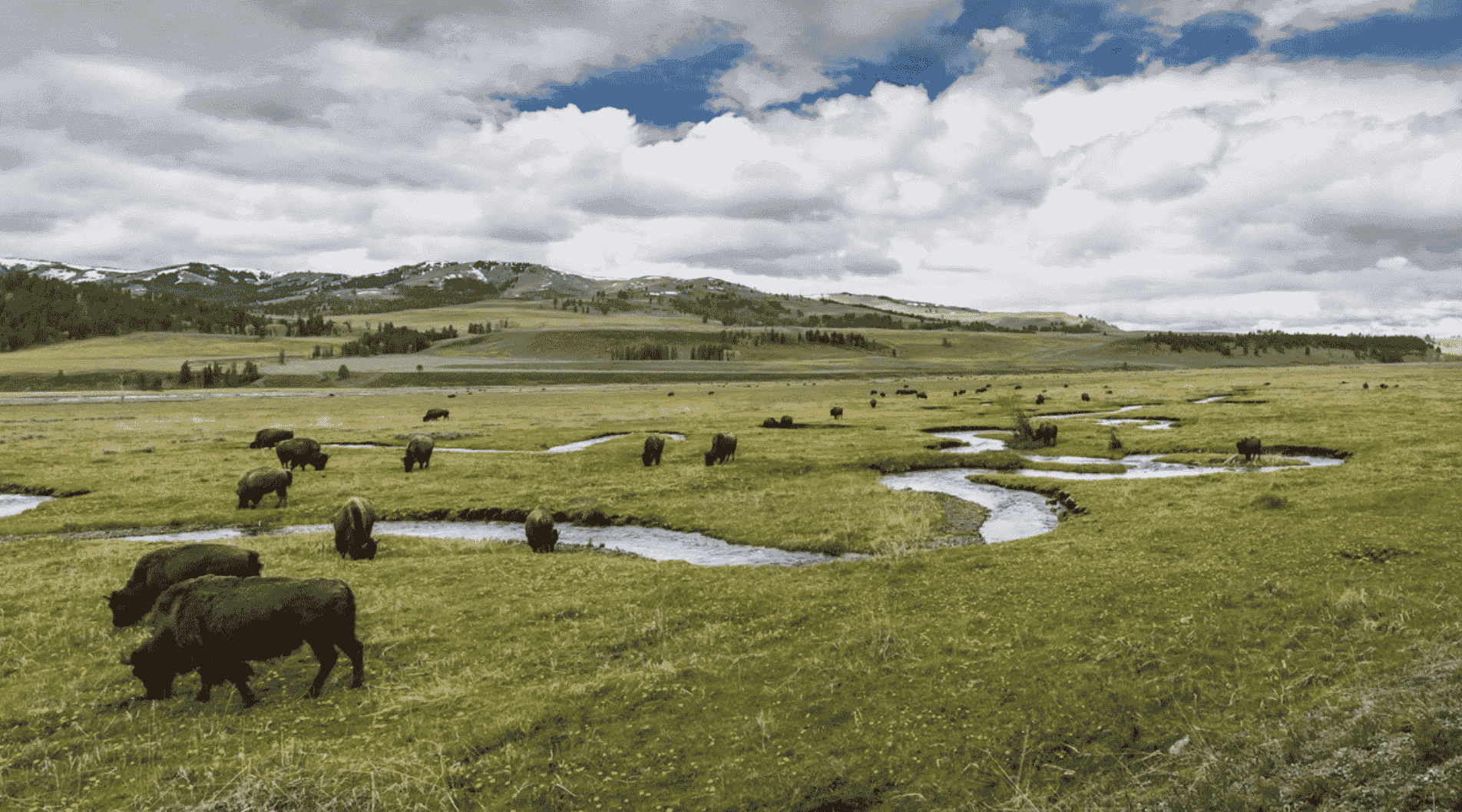 As many as 900 bison could be removed from Yellowstone National Park this winter.

Wildlife officials and tribal entities agreed on Wednesday to the number of the large mammals that could be either hunted, slaughtered or quarantined this winter, The New York Times reported.

“Allowing the bison population to grow indefinitely could cause overgrazing in some areas and possibly mass starvation of animals in Yellowstone, as well as larger migrations and greater conflict outside the park,” Yellowstone National Park explained.

For these reasons, bison are removed every winter. The animals have a high survival rate and their population grows by 10 to 17 percent each year, but there is not really room in the park to support such large populations. Predation by wolves does little to curb these numbers because bison are large animals that can defend themselves from attacks. A total of 834 Yellowstone bison were killed during the 2019-2020 winter season, while officials recommended culling between 500 and 700 in 2020-2021. However, this goal was not met by about 200 animals, the Bozeman Daily Chronicle reported.

Another reason the bison are killed is that, as they grow beyond the boundaries of the park, they spread into Montana, where very few bison are allowed to roam outside the park. The state is concerned that the bison will spread a disease called brucellosis to cattle, the Bozeman Daily Chronicle explained. Brucellosis is a bacterial disease that can cause cows to abort their calves, The AP reported.

Despite these concerns, there has never been a documented case of a bison passing brucellosis to cattle, the Bozeman Daily Chronicle reported. Elk, however, have been known to spread the disease.

“That doesn’t seem to get much attention and discussion,” National Bison Association President Donnis Baggett told The New York Times. “Everybody blames it on the bison.”

Every year, the bison are either hunted or rounded up for slaughter as they leave the park, according to the Bozeman Daily Chronicle. This year, as many as 80 bison may also be saved from death through the park’s quarantine program. This program holds and tests bison in pens for years before they are transferred to cultural herds under the control of Indigenous tribes.

This year, officials and tribes have preliminarily agreed that 600 to 900 bison can be culled, and an additional 200 can be hunted or captured in late winter depending on conditions on the ground.

Ultimately, the need for culling represents a conservation success story. There were fewer than 100 bison left alive on the Great Plains in 1902, and now there are 5,400 living in Yellowstone National Park, The New York Times pointed out.

However, that’s still a far cry from their historical numbers.

“As the (bison) population gets a little bit bigger every year, I can’t help but think about how much the population of cattle increased,” Quincy Ellenwood, who represents the Nez Perce Tribal Executive Committee, told the Bozeman Daily Chronicle. “I understand that you are looking out for a way of life, but that way of life radically changed my way of life …. Sixty million (bison) once roamed freely in North America.”