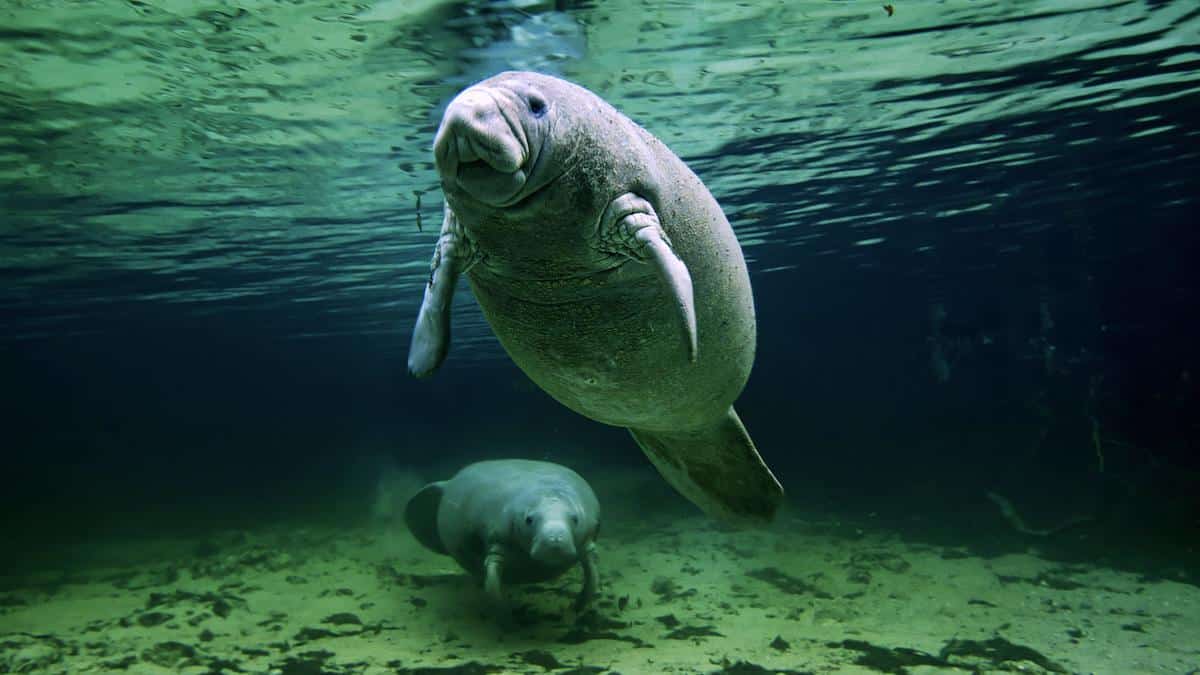 A female manatee and her calf in Florida's Crystal River in 2005. Rick Loomis / Los Angeles Times via Getty Images

Florida’s manatees are in trouble, so much trouble that wildlife officials are considering an unprecedented intervention — feeding them.

It is currently illegal to feed manatees, which are protected by the Marine Mammal Protection Act of 1972, the Endangered Species Act of 1973 and the Florida Manatee Sanctuary Act of 1978. However, so many manatees have died of starvation this year that state and federal officials are ready to take drastic measures.

“We are considering a pilot program to do some supplemental feeding,” Florida Fish and Wildlife Conservation Commission (FWC) chairman Rodney Barreto told the Miami Herald. “We continue to rescue manatees, and we want to be able to rescue even more during this emergency.”

As of November 12, 1,003 manatees have died in the state of Florida this year, according to FWC figures reported by CNN. This means deaths have more than doubled since the same time last year, when 498 manatees had died. The 2021 death toll also represents more than 10 percent of Florida’s entire manatee population, the Miami Herald reported.

The deaths have been classed as an Unusual Mortality Event and are largely due to starvation. The most hard hit population are the manatees that live in Brevard County’s Indian River Lagoon, where around 58 percent of the seagrass that manatees feed on has died in the last 11 years. This loss in an important food is partly due to algal blooms caused by nutrient pollution, which block sunlight from reaching the seagrass. Nutrient pollution can come from wastewater, microplastics and factory farming, and scientists say the manatees’ distress indicates broader problems.

“A lot of our environments are under pressure, and if we do not relieve that pressure, those systems will break,” Michael Walsh, a clinical associate professor of aquatic animal health at the University of Florida College of Veterinary Medicine, told CNN. “This is a continual warning sign that this is a gigantic ecosystem problem, not just a manatee problem.”

However, to help the manatees right now, state and federal officials are working together on a response. The feeding proposal awaits permission from the U.S. Fish and Wildlife Service, the Miami Herald reported. Then, officials need to figure out what foods are best for the manatees. One option is to add more algae to their ecosystem. The other is to feed them common land-grown vegetables.

“But we need to test all that, we don’t know what foods they will accept. When you put lettuce in an estuarine environment, it’s going to wilt faster. So that may not work at all, we may need to use cabbage,” Save the Manatee Club Executive Director Patrick Rose told the Miami Herald.

In the longer term, Rose and other activists hope that manatees will once again be listed as endangered, after they were downgraded to threatened in 2017.

“We’re hoping this will be a wake-up call for all of Florida and for the federal agencies,” Rose said.