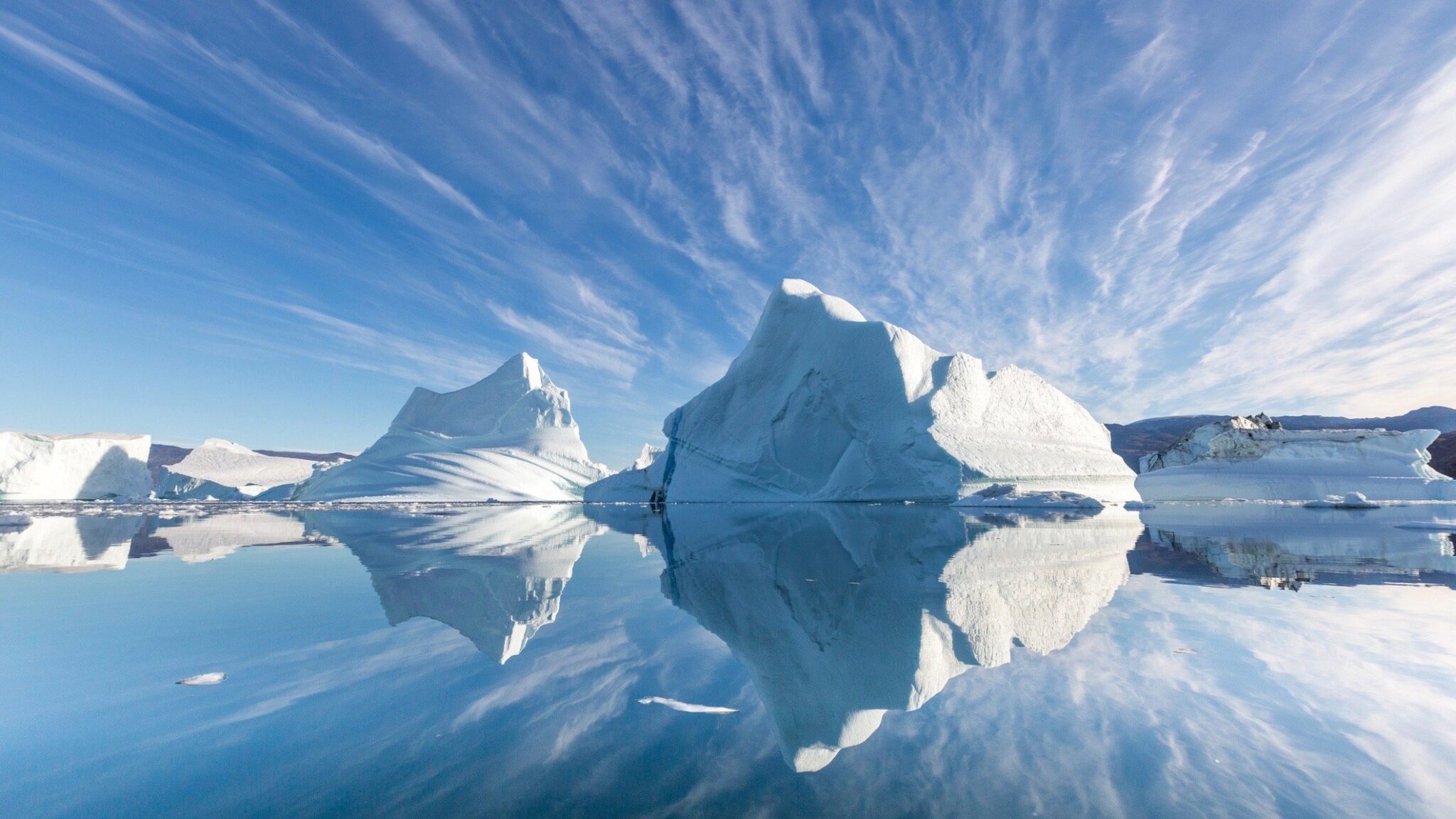 The melting of Greenland alone, pictured above, has risen sea levels by about 0.7 millimeters a year. MB Photography / Moment / Getty Images

The National Oceanic and Atmospheric Administration (NOAA) released its 14th annual Arctic Report Card Tuesday, and the results are grim.

The average land temperature between October 2018 and August 2019 was the second-warmest on record since 1900, sea ice extent at the end of the summer was at its second lowest since satellite observations began and the Greenland ice sheet melted at rates that rivaled the record melt year of 2012.

“If I had gotten a report card like this as a kid, I would have been grounded,” Dr. Donald Perovich, a professor at the Thayer School of Engineering at Dartmouth College who led the writing of the sea ice chapter, told The New York Times. “It’s not showing much improvement at all. Things are getting worse.”

The Arctic is warming twice as fast as the rest of the planet, and this has major consequences for the ecosystems and indigenous communities it supports, as well as for the whole Earth. That is why NOAA produces the report card every year. This year’s efforts combined the expertise of 81 scientists from 12 countries, according to a NOAA press release.

“The speed and trajectory of the changes sweeping the Arctic, many occurring faster than anticipated, makes NOAA’s continued investment in Arctic research and activities all the more important,” Deputy Undersecretary of Commerce for Oceans and Atmosphere at NOAA Timothy Gallaudet said in the release.

The report shone a special light on the Bering Sea, which suffered from record low winter sea ice in both 2018 and 2019, InsideClimate News reported. This makes it harder for the more than 70 indigenous communities that call the region home to sustain themselves, according to an essay by the Bering Sea Elders Group, included in the report. Less sea ice makes hunting and fishing more difficult.

“The way that the lower 48 relies on, say, citrus or grapes or the potato as garden food sources, the Bering Sea, when the sea ice comes, it is our garden,” Bering Sea Elders Group member Mellisa Johnson told The New York Times. “It is our way of life.”

At the same time, melting permafrost is causing sinkholes, and the lack of sea ice makes storm surges more intense. This puts homes and other structures at risk, the elders wrote.

But the thawing permafrost isn’t just a local problem. Scientists have long worried that the carbon stored in the permafrost could release greenhouse gasses into the atmosphere as it melts, The Washington Post explained. There is almost twice the amount of carbon stored in Arctic soil as there are greenhouse gasses in the atmosphere. It won’t all be released just yet, but the report suggests that the Arctic has now become a net emitter of greenhouse gasses. The region’s permafrost could be emitting between 1.1 billion to 2.2 billion tons of carbon dioxide a year, roughly equivalent to Japan or Russia’s 2018 emissions.

Ted Schuur, a Northern Arizona University researcher who wrote the chapter on permafrost, said that the Arctic’s permafrost emissions were equal to less than 10 percent of what is released by the burning of fossil fuels every year, but any new source of carbon dioxide makes lowering emissions more difficult.

“We’ve crossed the zero line,” he told The Washington Post.

Another global concern is sea level rise. Between 2002 and 2019, the melting of Greenland alone has risen sea levels by about 0.7 millimeters a year, the report found.

“This is a big change to the ecosystem,” NOAA Fisheries research biologist Lyle Britt told The Washington Post.