Are Algae Blooms Contributing to the Melting of Greenland’s Ice Sheet? 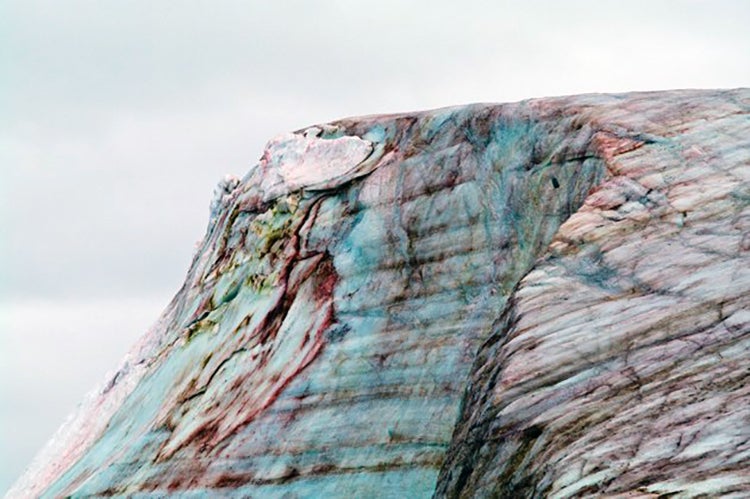 When we read about algae blooms, they are often associated with a lake or the ocean, not glaciers. A team of scientists, though, are looking at just that: how algae blooms affect glacier melt.

The Black and Bloom project aims to understand how dark particles and microorganisms living in the melt water on the surface of Greenland’s ice sheet are amplifying its melt. These dark spots lower the albedo of the ice sheet and absorb more sun rays than pure ice does. With increased heat comes increased melt; with more melt comes more microorganisms, which then start the circle all over again.

“We want to get a handle on just how much of the darkness is due to microbes and how much to other physical factors,” Martyn Tranter, a biogeochemist at the University of Bristol and the project’s principal investigator, told Scientific American.

The team of scientists will spend the next six weeks observing the ice sheet. There will be several other expeditions over the next four years to measure and manipulate the ice surface, according to the project’s website. Using the data collected during their expeditions, scientists will be able to predict how the ice sheet will change in the future with on-going climate change.

Tranter said the work could also influence water supply predictions in areas such as the Himalayas where algae bloom-infected glaciers are common, Scientific American reported.

Early melting doesn’t come as a surprise with the National Aeronautics and Space Administration (NASA) reporting May’s average temperatures were 0.93 C above the 1951-1980 average for the month and June was the warmest on record since 1895 in the U.S., with a monthly average temperature of 71.8 F in Lower 48 states, 3.3 F above normal.