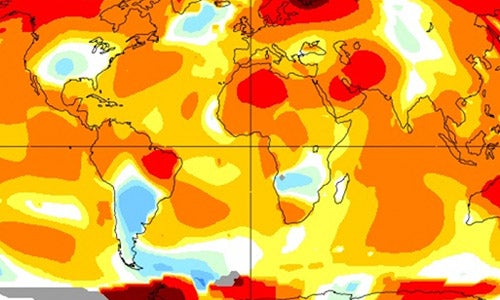 May shattered yet another monthly heat record, according to new data from NASA. While May was 0.93 C above the 1951-1980 average for the month, it was actually the first month since October to be less than 1 C warmer than average. Despite an abating El Niño, scientists still expect 2016 to be the warmest year ever recorded, breaking the record set just last year. 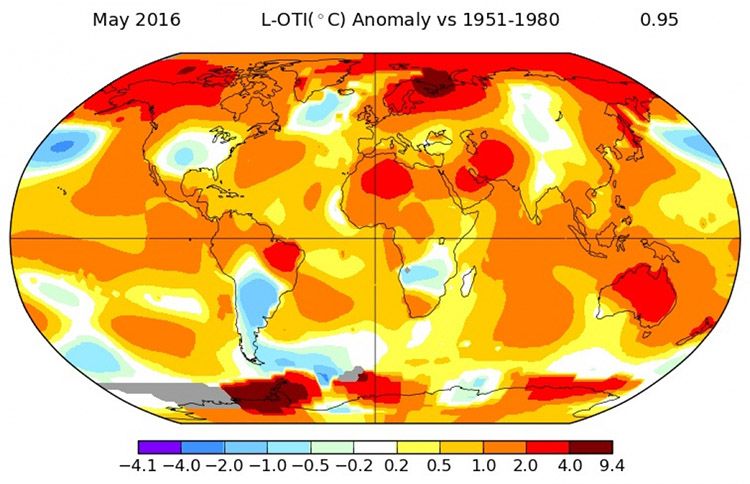 Carbon dioxide levels in the atmosphere are also forecast to shatter a “symbolic barrier” this year, jumping a record 3.1 parts per million (ppm) and permanently passing 400 ppm. El Niño has played a big role in the recent surge in CO2 levels, the scientists say, reducing plants’ ability to sequester carbon dioxide.

“We won’t be looking at below 400 ppm in our lifetimes,” said Richard Betts, an author of the study and scientist at the UK Met Office. 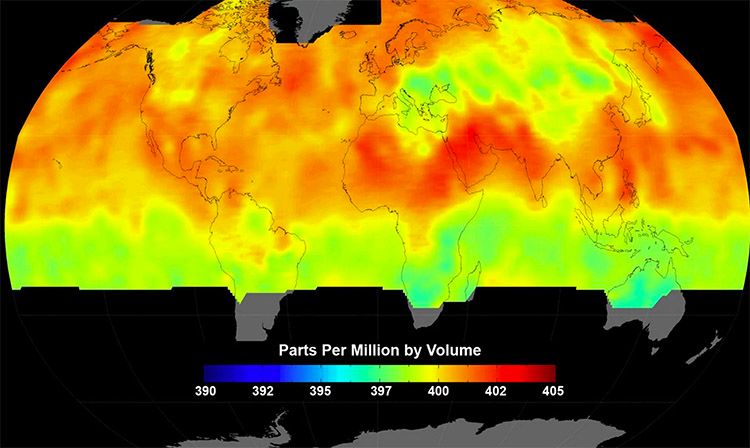 Concentrations must be kept below 450ppm to keep global warming below 2 C. Photo credit: NASA