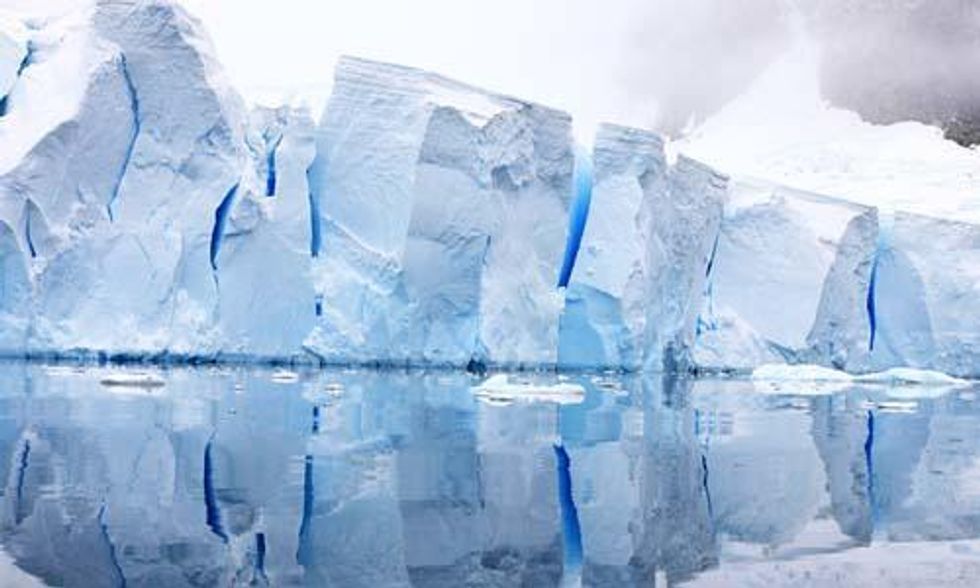 Not long into the New Year and already a new warning about climate change and rising sea levels.

A new scientific study, published this week in the journal Nature Climate Change, is warning that climate change may be affecting the vast Greenland ice sheet more seriously than previously thought.

New research has found that the ice sheet could be losing this ability to act as a sponge.
Photo credit: Shutterstock

Traditionally the huge Greenland ice sheet, which NASA estimates is losing an estimated 287 billion tons of ice every year, has also been seen by scientists as a “sponge” for glacier meltwater.

But new research has found that the ice sheet could be losing this ability to act as a sponge.

An international team of scientists have been spent the last few years examining “firn,” the porous snow cover which overlays dense glacier ice near the surface. Firn is seen as crucial is capturing melt-water runoff before it enters the ocean adding to sea-level rise. The scientists wanted to see how climate change was affecting the firn layer’s ability to hold water.

“As this layer is porous and the pores are connected, theoretically all the pore space in this firn layer can be used to store meltwater percolating into the firn whenever melt occurs at the surface,” the new paper’s Lead Author, Horst Machguth of the Geological Survey of Denmark and Greenland, told The Washington Post.

Over time, meltwater percolates down through the firn and freezes into the ice layer. This is good news for sea level rise as the fern stops meltwater reaching the sea. But for how much longer?

Another of the scientists, York University Professor William Colgan, said: “The study looked at very recent climate change on the ice sheet, how the last couple of years of melt have really altered the structure of the ice sheet firn and made it behave differently to future melt.”

The scientists were shocked by what they found. They discovered that an extreme melt which occurred in 2012 caused a thick layer of ice to form on top of the firn layer. “In subsequent years, meltwater couldn’t penetrate vertically through the solid ice layer and instead drained along the ice sheet surface toward the ocean,” Colgan said.

This phenomenon had never been seen before.

Because the research “overturned the idea that firn can behave as a nearly bottomless sponge to absorb meltwater,” this means that Greenland’s projected sea level rise due to meltwater runoff is likely higher than previously predicted.

“I think the most notable result of our study is showing that the firn reacts faster to an atmospheric warming than expected,” Machguth added.

What is deeply concerning is that other ice-sheets are also covered in firn too, which also may react adversely to climate change. “Evidence is emerging to show Canadian Arctic firn is also capping off,” Colgan said.