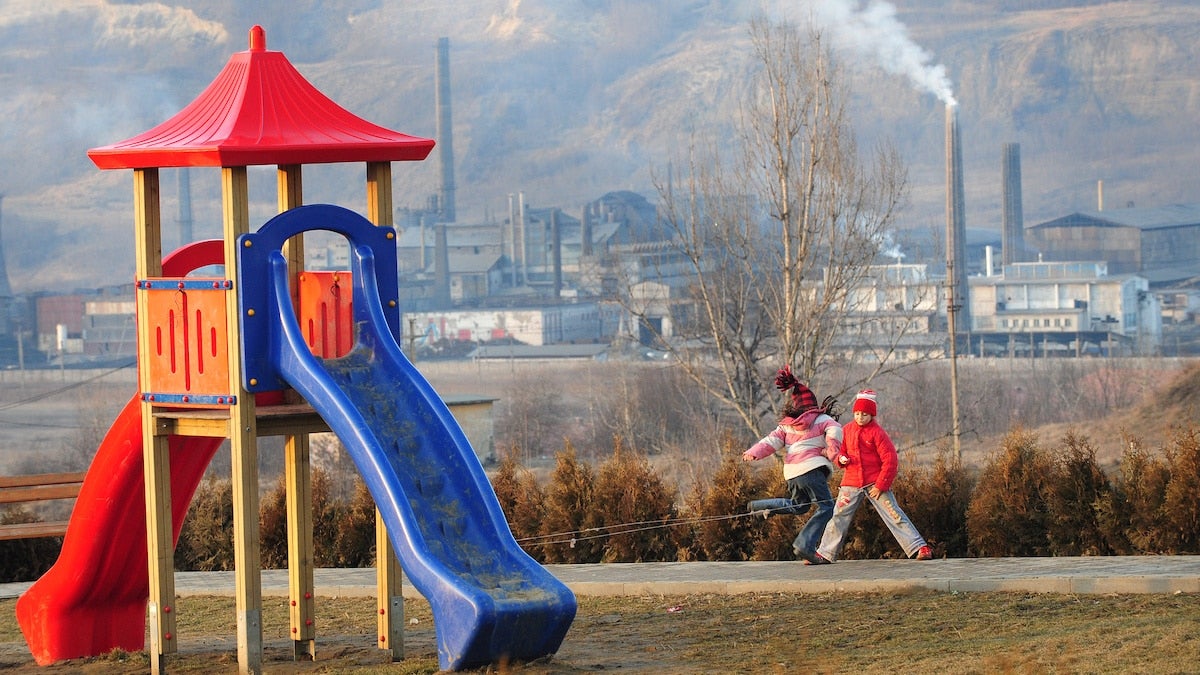 While it is well known that air pollution negatively harms lungs and hearts, it could also be affecting the brains of young people.

Tiny air pollution particles make their way up to the brainstems of young people where they accumulate, new research published in the journal Environmental Research showed. These same nanoparticles have been “intimately associated” with the molecular damage that serves as a hallmark for neurodegenerative diseases like Alzheimer’s and Parkinson’s, The Guardian reported. That linkage could have global implications if confirmed because 90% of people currently live with toxic outdoor air, another Guardian article reported.

Alzheimer’s Society defines air pollution as being made up of several different components including gases, chemical compounds, metals and tiny particles known as particulate matter. When we breathe and eat, these nanoparticles enter our bodies and circulate through our bloodstream to the brain, where they can accumulate in the brain stem, The Guardian reported.

The researchers found abundant pollution nanoparticles and evidence of nerve cell growths, plaque and tangles that are linked to neurological disease in the brainstems of 186 young people (ages 11 months to 27 years) from Mexico City who died suddenly, reported First Post.

“The iron-and aluminum-rich nanoparticles found in the brainstem are strikingly similar to those which occur as combustion- and friction-derived particles in air pollution (from engines and braking systems),” said Barbara Maher, part of the research team, reported Science Alert.

In addition to the high presence of particulate matter, the brainstems also showed signs of early and progressive neurovascular nerve damage, First Post reported. The way these particles reacted with brain cells could increase oxidative stress and eventually lead to death of neurons, the report said.

The participants had all experienced lifelong exposure to particulate pollution, Study Finds reported. Brains of similarly-aged people from less-polluted areas did not display the same disease markers, The Guardian reported.

Other studies have linked higher pollution levels to increased rates of different mental health diseases and wellness issues. One study similarly found that living in cities with high air pollution put children at higher risk of Alzheimer’s and suicide. The researchers in that study also found that Alzheimer’s disease started in the brainstem of young urbanites who’d been exposed to high levels of particulate matter and called high pollution levels “a serious health crisis.”

This latest study takes the correlation one step further. According to The Guardian, it’s the first time a physical mechanism, namely the accumulation of nanoparticles in the brain stem, has been observed that can possibly explain why brain damage increases as rates of air pollution go up.

“(O)ur new findings indicate that what air pollutants you are exposed to, what you are inhaling and swallowing, are really significant in development of neurological damage,” Maher told Science Alert.

The next step for researchers is to show whether the nanoparticles cause the damage and whether that damage leads to disease later in life.

“We can’t prove causality so far, but how could you expect these nanoparticles containing those metal species to sit inert and harmless inside critical cells of the brain?” Maher told The Guardian. “That’s the smoking gun – it seriously looks as if those nanoparticles are firing the bullets that are causing the observed neurodegenerative damage.”

Maher said that the findings provide a hypothesis that now can be tested by further research. This can be done, for example, by observing whether increased exposure to pollution nanoparticles correlates with brain stem damage that affects movement control and the gait of young people.

According to The Guardian, other experts are cautious about the findings, citing that many other factors can contribute to neurodegenerative diseases. While the scientists say it is still premature to say that the brain damage caused by air pollution directly leads to the development of these diseases, the findings provide a pathway for future research to confirm causation.