Young People in Polluted Cities at Greater Risk for Alzheimer’s 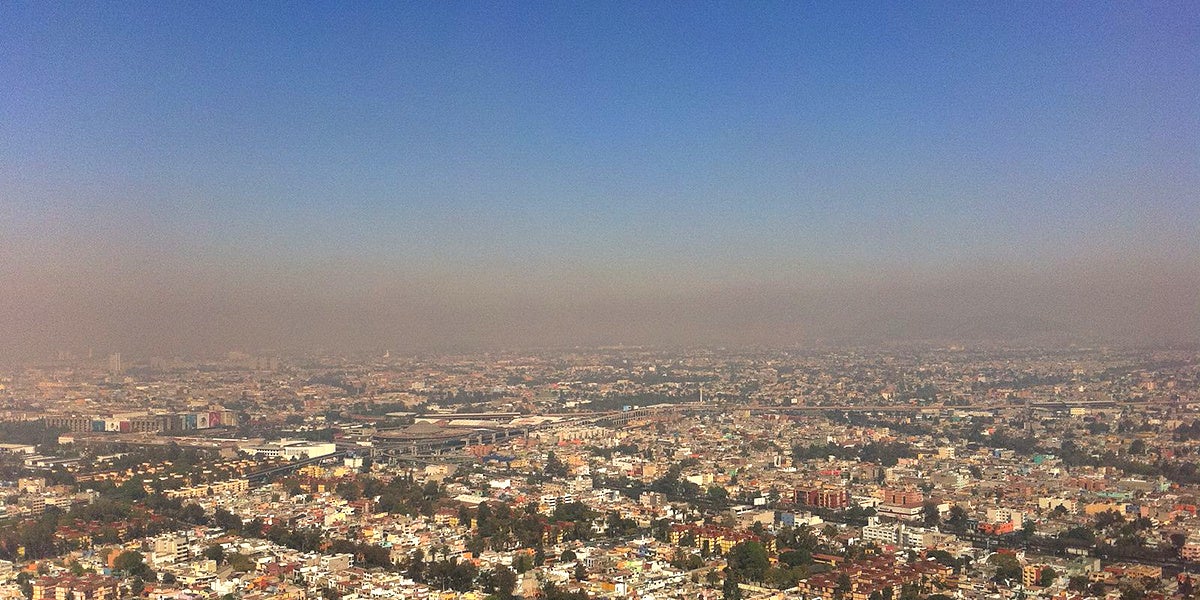 A study has found that living in cities with high air pollution puts children and young adults at risk for Alzheimer’s and suicide, The University of Montana reported Friday.

University of Montana researcher Dr. Lilian Calderón-Garcidueñas was part of a team that looked at the autopsies of 203 residents of Mexico City, which has daily ozone and particulate matter levels above U.S. Environmental Protection Agency (EPA) standards.

The subjects they studied ranged in age from 11 months to 40 years, and the researchers found signs of Alzheimer’s in 99.5 percent of them, including in less-than-a-year-old babies.

“Alzheimer’s disease starting in the brainstem of young children and affecting 99.5% of young urbanites is a serious health crisis,” the abstract of the study, published in Environmental Research on March 23, warned.

“Alzheimer’s disease hallmarks start in childhood in polluted environments, and we must implement effective preventative measures early,” Calderón-Garcidueñas said in the University of Montana press release. “It is useless to take reactive actions decades later.”

Researchers theorized that particulate matter increased Alzheimer’s risk as it enters the brain through the gastrointestinal tract, nose and lungs. The circulatory system carries particulate matter throughout the body and damages barriers.

The study is not the first to suggest that air pollution is a risk for the brain, especially in children. A study published in March found brain abnormalities in school-aged children in the Netherlands whose mothers were exposed to particulate matter when they were pregnant, U.S. News and World Report reported. The abnormalities were linked to behavioral problems and impulse control and, crucially, occurred even when the pollution the mothers were exposed to was beneath levels determined safe by EU law.

“To me, air pollution is kind of the next lead, in a way,” University of Rochester environmental medicine professor Deborah Cory-Slechta told Popular Science in early April.

Cory-Slechta was alerted to the brain problems caused by air pollution when colleagues using mice to study the impact of air pollution on lung development invited her to look at the mice’s brains. She found damage in almost every part of the brains two months after pollution exposure had ended.

According to the Popular Science article, living in highly air polluted areas has been linked to poor memory, lower intelligence-test performance and behavioral problems.

As the Harvard T.H. Chan School of Public Health points out, Mexico City has made important strides in reducing air pollution since the World Health Organization found it the most polluted city in the world in 1992. However, the University of Montana study warns that it, and, indeed, every polluted city, still has more work to do to protect its children’s brains.