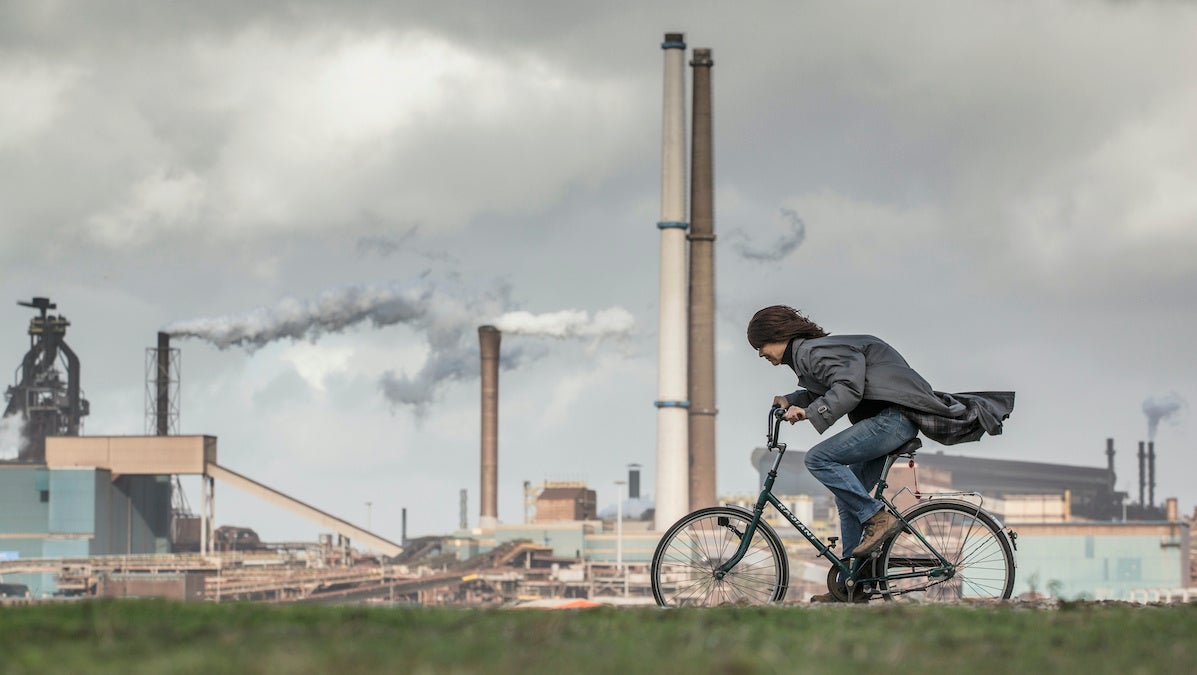 A woman rides a bicycle past a polluting factory in the Netherlands. Frans Lemmens / Corbis Documentary / Getty Images

“The loss of life expectancy from air pollution is much higher than many other risk factors and even higher than smoking,” said co-author Jos Lelieveld of the Max Planck Institute for Chemistry, reported The Guardian.

Air pollution actually shortens lives on a greater global scale than HIV/AIDS, wars and other forms of violence, parasitic and vector-borne diseases like malaria, and smoking tobacco.

The reason for this is the impact of fine particulate matter (PM2.5, particles with a diameter of less than 2.5 µm) from air pollution on the body. These small particles penetrate more deeply into the lungs, making them less likely to be exhaled, explained the study. Even smaller ultrafine particles with a diameter less than 0.1 µm (PM0.1) pass directly into the bloodstream to affect organs directly, making them “particularly harmful.”

Prior research from the same team attributed increased air pollution to higher respiratory, heart disease and stroke mortality rates, and this latest study confirms that air pollution led to 8.8 million extra premature deaths in 2015. This all translates to losing an average of almost three years of life expectancy worldwide for all persons due to air pollution.

Co-author Thomas Münzel called the global issue an “air pollution pandemic.” Roughly 100,000 Americans die prematurely each year because of polluted air and that the annual number of polluted air days has been on the rise, reported Fox News.

Lelieveld and Münzel agreed that air pollution is a leading global health risk but perhaps one that is reducible.

In a statement from the European Society of Cardiology, Münzel explained how the study distinguishes between avoidable, human-made air pollution and pollution from natural resources like wildfire emissions. It found that fossil fuels are the largest source of air pollution.

The researcher said, “We show that about two-thirds of premature deaths are attributable to human-made air pollution, mainly from fossil fuel use; this goes up to 80% in high-income countries. Five and a half million deaths worldwide a year are potentially avoidable.”

“Policy-makers and the medical community should be paying much more attention to this,” Münzel added. “Both air pollution and smoking are preventable, but over the past decades much less attention has been paid to air pollution than to smoking, especially among cardiologists.”