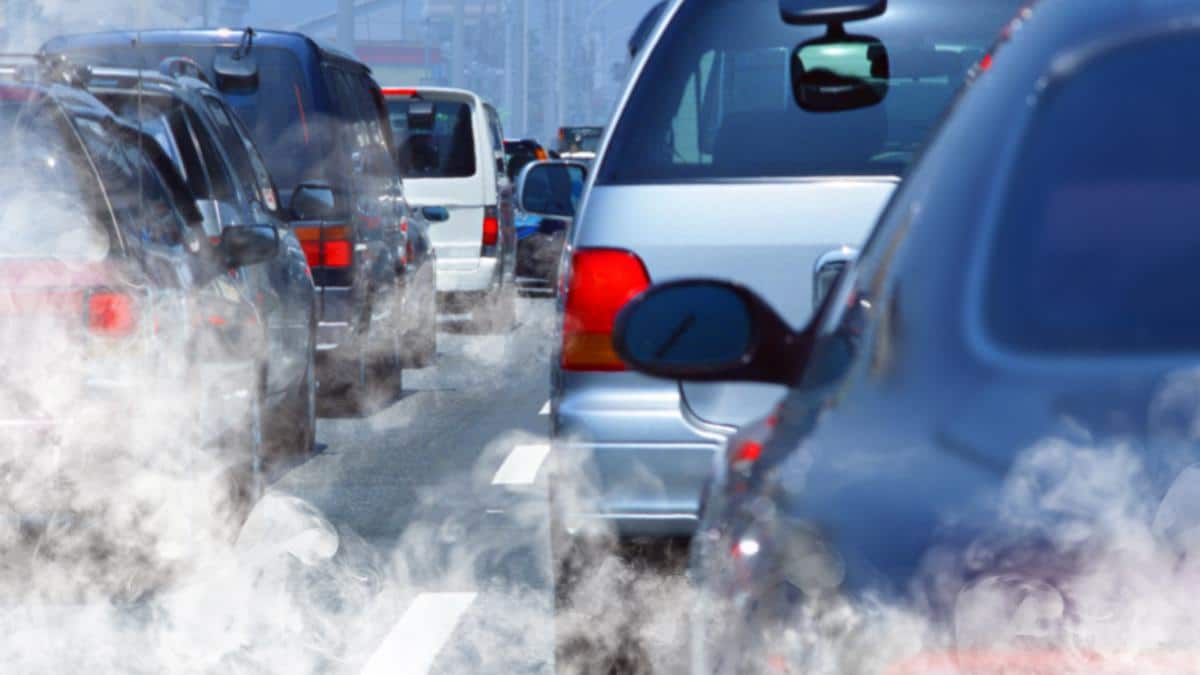 Air pollution from sources such as car exhaust is linked to macular degeneration, or AMD. ssuaphoto / Getty Images

Air pollution has been linked to an increased risk of progressive and irreversible vision loss, a large, long-term study found.

University College London researchers hypothesized that air pollution might heighten the risk of developing age-related macular degeneration (AMD), Science Daily reported. It described how scientists drew on data from 115,954 study participants aged 40-69 with no eye problems at the start of the study in 2006. Followups with 52,602 of the participants in 2009 and 2012 measured structural changes in retina thickness and/or the number of light receptors present — both indicators of AMD. Ambient air pollution measures were combined with official traffic, land use and topography information to estimate the annual average air pollution levels at participants’ home addresses during this same time period.

Comparing that data, the findings, published in the British Journal of Ophthalmology, showed that all air pollutants — except for coarse particulate matter — were associated with changes in retinal structure. Alarmingly, people living in the most polluted areas were at least eight percent more likely to report having AMD.

“Even relatively low exposure to air pollution appears to impact the risk of AMD, suggesting that air pollution is an important modifiable risk factor affecting risk of eye disease for a very large number of people,” he told Science Daily.

According to the National Eye Institute, AMD is an eye disease that can blur the sharp, central vision needed for activities such as reading, driving, cooking and recognizing faces. CNN reported that the biggest risk factors are genetics, old age and smoking and that AMD is the leading cause of vision loss in people over the age of 50 in high-income countries.

CNN reported that the main pollutants linked to AMD are PM2.5, which mainly comes from power plants, industrial and vehicle emissions, and nitrogen dioxide and oxide nitrogen, which derive from motor vehicle exhaust, indoor gas stoves and kerosene heaters.

Dirty air has previously been linked to glaucoma, and a link to cataracts is suspected, The Guardian reported. High blood flow in the eyes makes them particularly vulnerable to damage caused by tiny particles that are inhaled and enter the bloodstream.

For much the same reason, air pollution has similarly been linked with heart disease, respiratory ailments and cancer. Tiny pollution particles can also enter the brainstems of young people, causing damage that has been linked to Alzheimer’s, Parkinson’s and stroke.

All of this adds to the general concern around air pollution because the World Health Organization estimated that 90 percent of the world’s population breathes air that exceeds safe levels. Two separate 2020 studies found that air pollution has shortened human life expectancy by three years and that it was responsible for more than 6.6 million deaths worldwide in 2020.

Of his study, Foster told Science Daily, “Here we have identified yet another health risk posed by air pollution, strengthening the evidence that improving the air we breathe should be a key public health priority.”