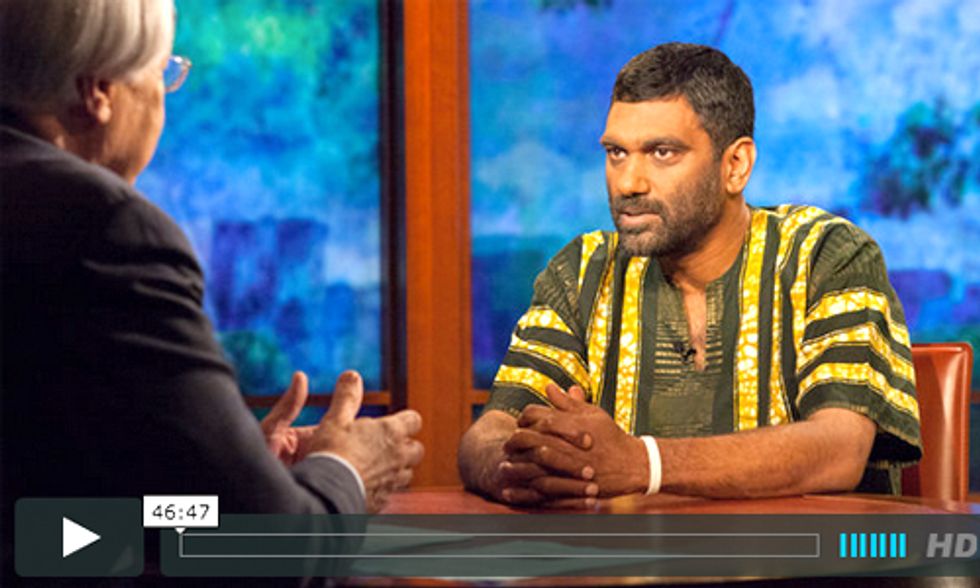 I find great comfort in learning more about the people who are leading the efforts to protect and preserve our planet. Check out these not to miss interviews of 2013 that will inspire you in the New Year.

The charismatic executive director of Greenpeace International, Kumi Naidoo, joined Bill Moyers in September to discuss the politics of global warming and the urgency of environmental activism. Activists “are putting their lives on the line on a regular basis,” he tells Moyers. “What is at stake is humanity's ability to live in coexistence with nature for centuries to come.”

A Stanford University professor was on the Late Show with David Letterman to do more than just advocate renewable energy. Mark Jacobson suggested that the entire world could easily live off renewable energy.

In a rare television interview, environmental legend and writer Wendell Berry left his Kentucky farm for an inspiring conversation will Bill Moyers.

Though not exactly an interview, I couldn't resist including an episode of The Word from The Colbert Report. In this segment, Colbert put the spotlight on Range Resources for imposing a gag order on a Pennsylvania family whose water was contaminated by the company’s nearby fracking operations.
During the closing weeks of the Bush White House, 27-year-old environmental activist Tim DeChristopher went to protest the auction of gas and oil drilling rights to more than 150,000 acres of publicly-owned Utah wilderness. But instead of waving a sign, DeChristopher disrupted the proceedings by starting to bid. Given an auction paddle designating him “Bidder 70,” DeChristopher won a dozen land leases worth nearly $2 million. He was arrested for criminal fraud, found guilty and sentenced to two years in federal prison—even though the new Obama Administration had since declared the oil and gas auction null and void.
DeChristopher joined Bill Moyers in May, less than one month after his release from prison, to talk about the necessity of civil disobedience in the fight for justice, how his jury was ordered to place the strict letter of the law over moral conscience and the future of the environmental movement.