15 Indigenous Vegetables that are Nutritious and Delicious 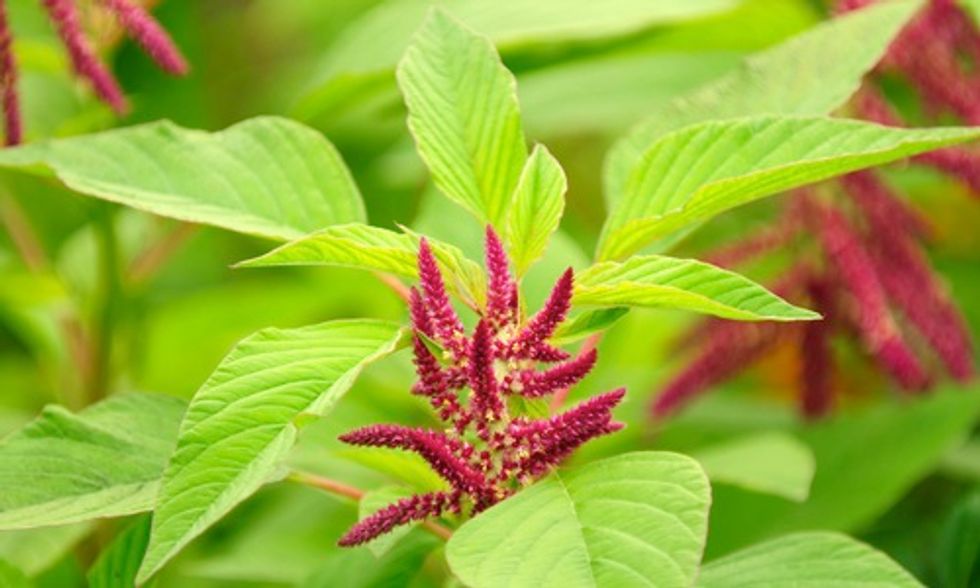 The incredible variety of the planet’s plant life is disappearing. The U.N. Food and Agriculture Organization (FAO) reports that approximately 75 percent of the Earth’s plant genetic resources are now extinct. Another third of plant biodiversity is expected to disappear by 2050. Unfortunately, most investment in agriculture is for crops such as wheat, rice, and maize, rather than more nutritious foods. But many indigenous crops can be environmentally sustainable, improve food security, help prevent malnutrition, and increase incomes.

There are thousands of other indigenous crops you may not know exist. Here, courtesy of Food Tank, are 15 indigenous vegetables that are nutritious, delicious and contribute to the livelihoods of people around the globe.

1. Amaranth: This versatile plant, which grows quickly in the humid lowlands of Africa, is a leafy vegetable typically consumed in Togo, Liberia, Guinea, Benin and Sierra Leone. The plant thrives in hot weather and is an excellent source of protein, vitamins, and essential minerals, including calcium, iron, magnesium, potassium and zinc.

2. Bunya nut: Bunya nuts have long been a prominent food in the culture of Australian Aboriginals - so much so that, prior to European settlement, Aboriginal tribes would travel long distances to attend festivals celebrating the Bunya season. The Bunya nut is similar to the chestnut, both in appearance and taste. The nuts grow on enormous Bunya pines in the few rainforest regions on the continent.

3. Cowpea: Originating in Central Africa, this legume is one of the region’s oldest crops. It is also drought resistant and can thrive in poor soil conditions. In addition to the peas, the leaves of the plant are also consumed.

4. Enset: Also known as the false banana, enset is native to tropical regions of Africa. The plant’s outward appearance resembles that of a banana tree, but the two actually are very different. Fruit of the enset tree is inedible, so the plant is primarily grown for the meat inside its trunk and roots. The pulp inside the tree is similar in both taste and appearance to a potato. Enset has been a staple crop in Ethiopia for thousands of years.

5. Filder pointed cabbage: The cruciferous vegetable provides a rich source of beta-carotene, vitamins C and K and fiber, and it serves as an antioxidant and anti-inflammatory. Cabbage can be stored cold for months at a time and is eaten in the dead of winter when other vegetables are dormant.

6. Formby asparagus: Formby asparagus is notable for its coloration: white base, green stem and purple-tinged tip. The vegetable is rich in protein, fiber, vitamin B6, calcium, magnesium and zinc. It aids in protein synthesis, reduces calcium loss and has antioxidant properties.

7. Hinkelhatz pepper: The Hinkelhatz pepper has been cultivated by the Pennsylvania Dutch since the 1880s. The plant produces small, heart-shaped peppers with a red or yellow color. Hinkelhatz peppers have a stocky, spicy flavor, so they are frequently pickled or pureed into a pepper vinegar used as a food topping. The pepper is important because it is cold-tolerant, pest and disease-resistant and a prolific producer.

8. Kumara: Also known as the sweet potato, kumara is cultivated in many Pacific Islands and was a staple crop for hundreds of years. The vegetable is a great source of protein, vitamins A and C, iron, calcium and fiber.

9. Lifou Island yam: This starchy tuber plays an important role in both nutrition and food security in many Pacific Island nations. The vegetable is also very versatile--it can be roasted, fried, grilled, boiled, smoked, or grated. Yams are important because they can be stored for long period of time and the vegetable has a social and cultural significance on many islands.

10. Målselvnepe turnip: This hardy, root vegetable variety has been improved over the years through selective cultivation in Norway. It has a strong and distinct taste compared to other turnip varieties. It can be eaten raw, roasted, baked and boiled and is frequently used to enhance the flavor of soups, salads and side dishes. The turnip is an excellent source of vitamin C and potassium.

11. Mungbean: The mungbean is important in Asian diets and valuable for its easily digestible protein. High levels of iron in the vegetable can help improve the diets of the most vulnerable women and children and mungbean production offers an opportunity for increased income for small-scale farmers. In addition, the vegetable can fix nitrogen in the soil, making it valuable for crop rotations.

12. Okra: The edible green seed pods of this plant are a common ingredient in soups and sauces and popular in Indian and Pakistani cuisine. Okra is also an important export crop in The Philippines, Thailand, Malaysia and Vietnam. The vegetable is a rich source of vitamins and minerals and the seeds provide quality oil and protein.

13. Papalo: This popular herb, known for its strong skunk-like smell, is used in the American Southwest, Mexico and South America. Papalo, typically eaten as a garnish, is valued for its medicinal properties, including regulating blood pressure, relieving stomach disorders and addressing liver problems. This unique herb has a hardiness to heat, allowing it flourish in hot climates.

14. Perinaldo artichokes: This popular thistle vegetable, valued for its tasty center, is native to the Mediterranean region and originally cultivated in ancient Greece. The edible flower bud is a good source of fiber, vitamin C, folic acid and various minerals. This variety of artichoke is drought resistant and very hardy.

15. Rourou (taro leaves): In a number of Pacific Island countries, including Fiji, taro leaves are eaten and used in various cooking techniques. The leaves provide an excellent source of vitamins A and C. The leaves also have a social importance in ceremonial feasts and are a good local cash crop. In addition, the corms of the giant swamp taro plant have the potential to help feed a large number of Pacific Island countries.

Here is a video by Food Tank that explains more: