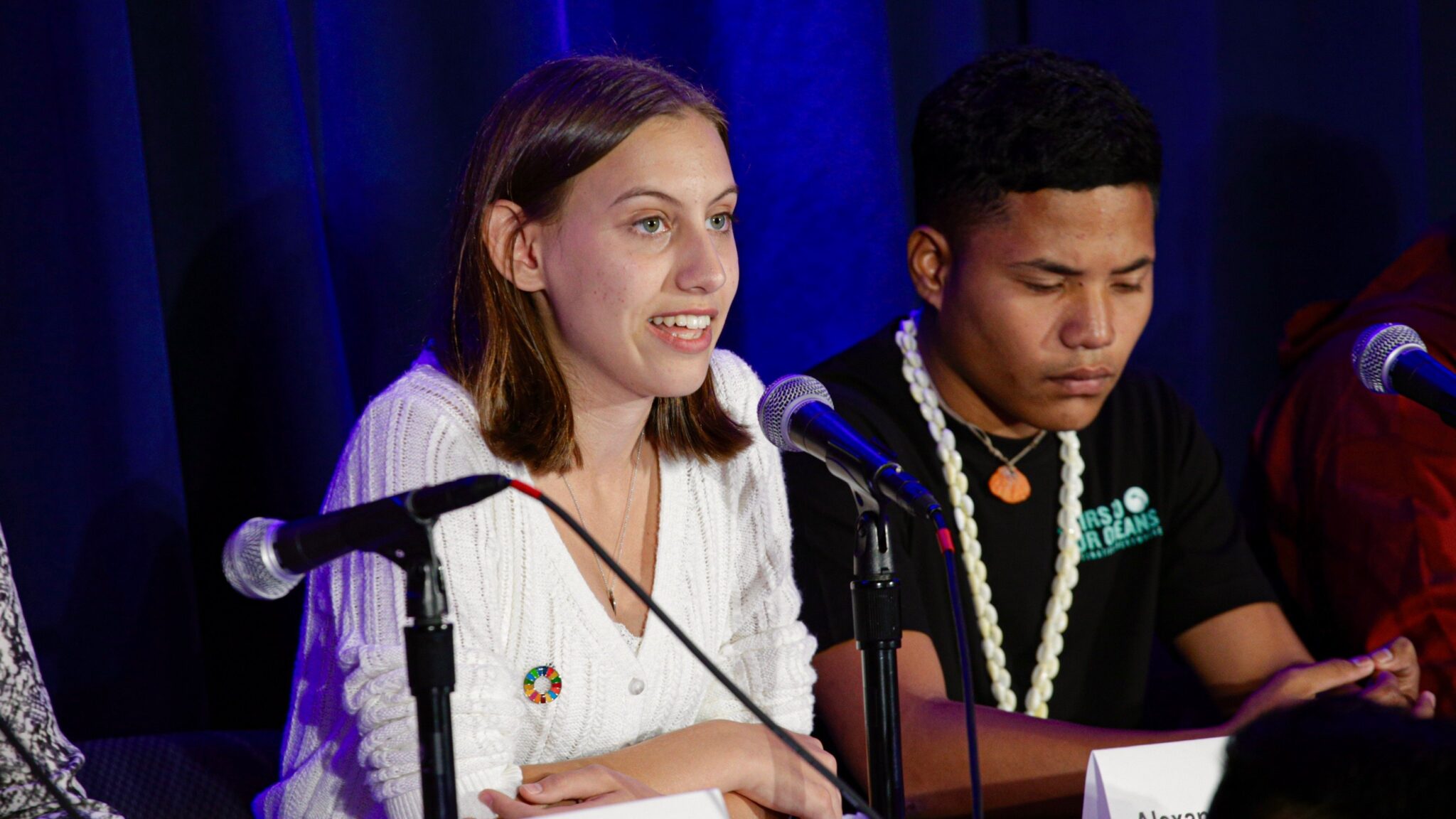 Activist Alexandria Villaseñor attends a press conference where 16 children from across the world, present their official human rights complaint on the climate crisis to the United Nations Committee on the Rights of the Child at the UNICEF Building on Sept. 23 in NYC. KENA BETANCUR / AFP / Getty Images

Once again; this isn’t about just 5 nations.
They were named since they are the highest emitters that have ratified the UN Convention of the Rights of the Child, on which the complaint is built. China, USA, Saudi Arabia, Russia etc haven’t.
Visit https://t.co/VxeelgLkDi for more. https://t.co/TKQjJ3KjsR

The young people are suing Argentina, Brazil, France, Germany and Turkey for violating the UN Convention on the Rights of the Child by failing to reduce greenhouse gas emissions. The 1989 convention is the most-signed human rights treaty in the world and protects children’s rights to life, health and peace.

“I’m doing this because world leaders are failing to protect the rights of the child by continuing to ignore the climate and ecological crisis,” Thunberg said as she announced the suit, ABC News reported.

The five countries named in the suit were chosen because they are the top five emitters that have signed the convention, Thunberg explained on Twitter.

Dear media, I see you are writing about the international climate crisis lawsuit @GretaThunberg and I launched today with 15 other child plaintiffs. The other plaintiffs have names, experiences and stories.
Make sure you write about them too.

The suit comes three days after four million took to the streets in the largest youth-led climate protest in history. But, for the movement’s young organizers, their protests have so far not led to the changes needed to meaningfully limit climate change.

“I decided to be part of this case because after students have been striking we still haven’t gotten the sufficient action we need,” Alexandria Villaseñor, one of the plaintiffs and a leader of the U.S. climate strike movement, told Earther. “So we are going to the next step.”

Villaseñor was motivated to strike when a cloud of smoke from 2018’s Camp Fire forced her to end a family visit to Davis, California early.

The other plaintiffs have also been directly impacted by the climate crisis.

Seventeen-year-old Carl Smith, a member of the indigenous Yupiaq tribe in Alaska, has witnessed the dramatic alteration of his home.

“It got so hot this summer that fish started floating in the river, dead,” Smith told ABC News. “It is hard to see because it’s the way I live, it’s my culture and I don’t want to see it die in my lifetime.”

Four of the plaintiffs come from low-lying islands threatened by sea level rise.

“Sometimes in my mind I just see Ebeye sinking and a lot of people drowning,” Ranton Anjain, one of three plaintiffs from the Marshall Islands, said in a statement reported by Earther.

Another island plaintiff is 17-year-old Carlos Manual of Palau.

“Our homes are being swallowed by the ocean, the places where memories are made,” Manual said at a press conference. “I am standing in front of you because I care about my generation.”

The other plaintiffs are:

The five countries named in the suit are among 44 who have agreed to have complaints brought against them under the convention, CNN explained. Instead of financial compensation, the young plaintiffs want the countries to increase their climate commitments and work with other countries to address the crisis.

The suit will be heard by a committee of 18 children’s rights experts. If it is successful, the five countries will either have to take greater measures to fight climate change or withdraw from the treaty, Earther explained.