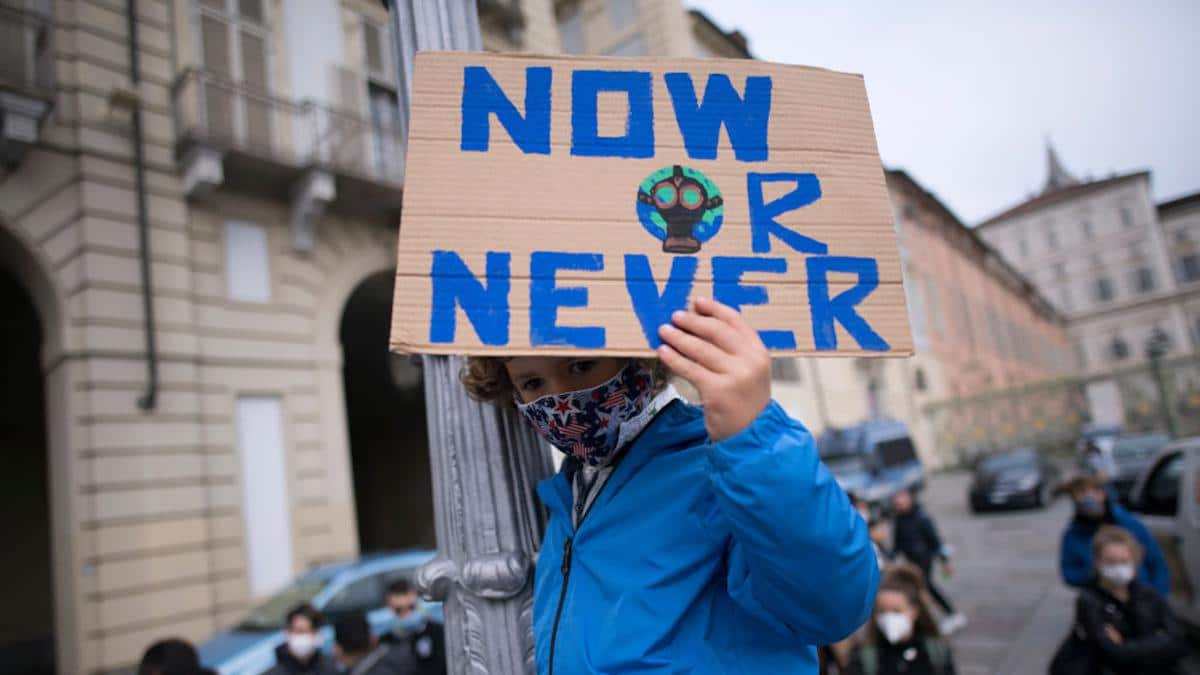 Fed up with “empty promises” from world leaders, a dozen youth activists on Wednesday demanded newly sworn-in President Joe Biden and Vice President Kamala Harris take swift and bold climate action — even more far-reaching than promised on the campaign trail — stating that their “present and future depend on the actions your government takes within the next four years.”

The time for actions to speak louder than words is now.

Are you going to listen to the science? fight the #ClimateCrisis?
Your place in history makes you the last administration able to act in time.#nomoreemptypromiseshttps://t.co/I3AQpXHPTj pic.twitter.com/1cLG0DWn2t

The letter from the global activists was released on Biden’s inauguration day as he won praise from climate organizations for a number of expected climate-related, “day one” executive actions including revoking the presidential permit for the Keystone XL Pipeline and rejoining the Paris agreement.

Referencing the accord’s goal for a global temperature increase threshold, the youth wrote: “The next four years will decide whether we can limit temperature rise to 1.5°C. Your place in history makes you the last administration able to act in time.”

Urgent action is especially important in light of the past four years, during which former President Donald Trump’s deregulatory agenda and war on science fanned the flames of the climate and ecological crises. Merely going above that low bar is insufficient, according to the youth.

“Being better than Trump isn’t enough,” they wrote. “But also simply continuing where the Obama administration ended is far from sufficient.”

According to the young activists, Biden’s stated goal of achieving net-zero emissions by 2050 is simply too late. “Be braver,” they wrote.

The letter also singled out fracking for criticism, decrying the practice’s impacts on Indigenous and ecosystems. “The world cannot afford for the United States to begin any more of these dangerous drilling and fracking projects.”

Impacts of the climate crisis — which is “racist, sexist, and elitist” — are already being felt, the letter stressed. “Current levels of warming of 1.2°C are already hell for millions of people.”

“People are burning, drowning, and dying. Enough,” the youth wrote.

In order to live up to his promise of being a climate champion, the letter said Biden must lead an administration “unlike any of the previous administrations that have done nothing but spew out empty promises.”

“Will you challenge the systems that started the climate crisis?” the youth asked.

The group concluded their message with the hashtag #NoMoreEmptyPromises — a phrase Fridays for Future used in announcing the global climate strike set for March 19, 2021.

“If we don’t act now, we won’t even have the chance to deliver on those 2030, 2050 targets that world leaders keep on talking about,” Mitzi Jonelle Tan of Youth Advocates for Climate Action Philippines and one of the new letter’s signatories said in a statement earlier this month.

“What we need now are not empty promises,” she said, “but annual binding carbon targets and immediate cuts in emissions in all sectors of our economy.”