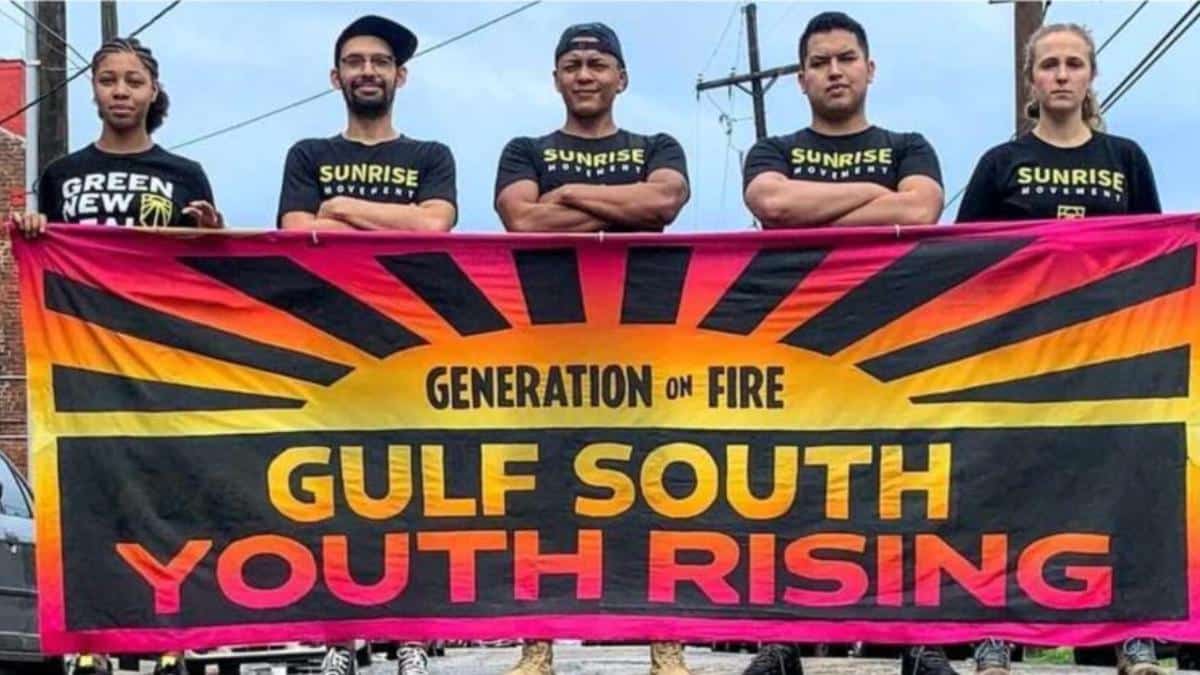 Following the path of thousands of families who permanently fled the lowest-lying major city in the United States in the wake of storms like Hurricane Katrina, a group of activists from the youth-led Sunrise Movement on Monday began a 400-mile march from New Orleans to Houston to demand President Joe Biden include “good jobs for all” and a Civilian Climate Corps in his $2.26 trillion infrastructure plan.

Participants in the Sunrise Movement’s “Generation on Fire” campaign set out from the New Orleans Superdome — the site of so much suffering and a symbol of state failure following Katrina in 2005 — and walked along the Mississippi River following a delay due to flash flood warnings.

The climate campaigners are marching “to make clear that young people are unsatisfied with Biden and Congress’ incremental, watered down proposals,” according to a statement from the group.

With Democrats in control of both Congress and the White House, “young people expect more from their political leaders,” the statement added.

Dancing in New Orleans with @sunrisemvmt @smvmtgenonfire at beginning of their 400 mile trek for climate justice.

Teens shouldn’t have to make this kind of sacrifice for good jobs and an end to the climate crisis. #GulfSouthMarch #Project400 #GenerationOnFire #NOLAtoHOU pic.twitter.com/HhtImsltYN

The activists will stop in cities and towns along the march route to stage protests, rallies, and visioning sessions with community members. They will be joined by political leaders, environmental justice advocates, and other supporters.

“As a young person in the Gulf South, we’re living in constant crisis: hurricanes, superstorms, jobs that break our bodies and could be taken away at any minute,” said Chanté Davis, a high school senior and Sunrise Movement organizer.

“This is an emergency, but it isn’t an accident,” Davis continued. “We know there is money that can provide living wages, stop the climate crisis, and take us back from the edge of survival. There’s always money to rebuild rich neighborhoods after storms, always money for petrochemical plants and oil wells, always money for border walls and jails.”

“This march symbolizes my story as a climate refugee who fled New Orleans and moved to Houston after Hurricane Katrina destroyed my city,” Davis added. “This is me claiming agency over my future.”

The White House has touted Biden’s American Jobs Plan as “an investment in America that will create millions of good jobs, rebuild our country’s infrastructure, and position the United States to out-compete China.”

However, since the plan was unveiled on March 31, Sunrise Movement and other climate campaigners have said it needs to go further.

Sunrise Movement executive director Varshini Prakash said at the time that the plan “lacks a commitment to the full scale of transformation that is needed of our economy.”

“We cannot miss this moment,” Prakash insisted. “Congress must strengthen this plan and Biden must pass it into law as quickly as possible. If Republicans don’t cooperate, do it without them. If the filibuster obstructs progress, abolish it. Money needs to go out the door and flow into communities now.”