“True Climate Leadership’ by US Would Be 60% Emissions Reduction by 2030, Report Finds 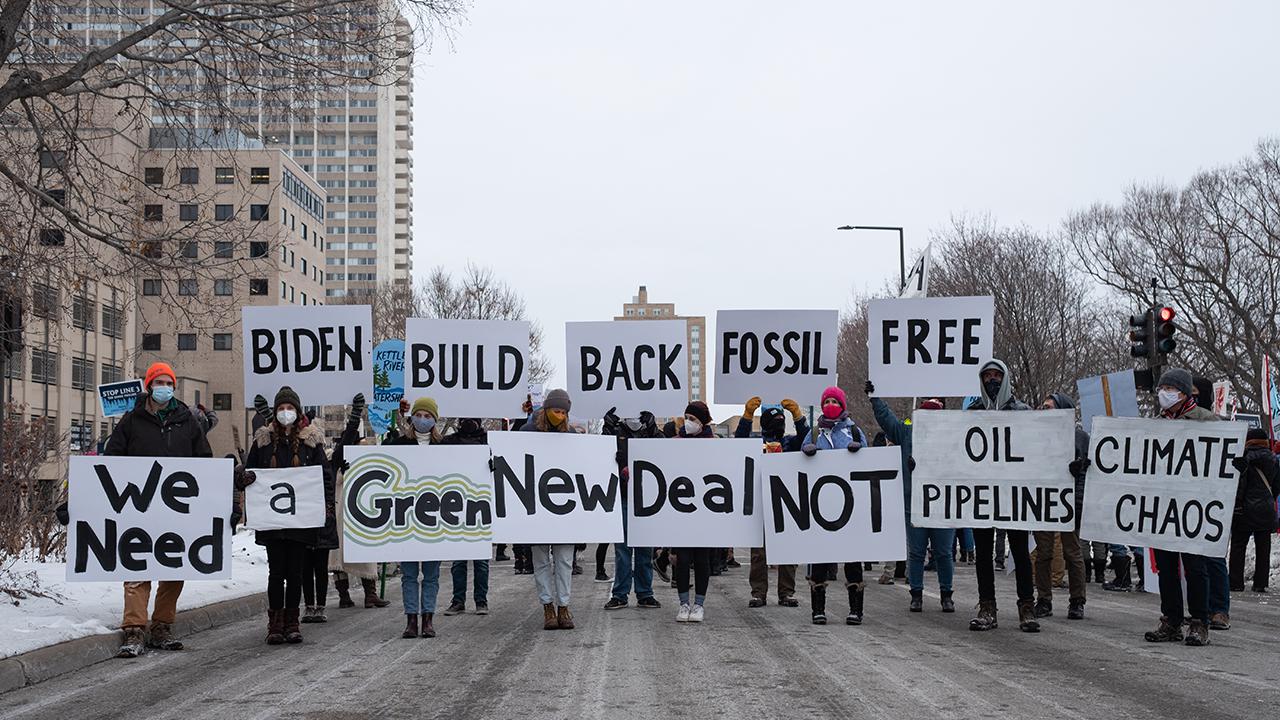 For the Biden Administration to meet its long-term target of net-zero emissions by 2050, the United States must reduce its greenhouse gas emissions by roughly 60% below 2005 levels by 2030, according to a new report released Thursday.

In its analysis, Climate Action Tracker (CAT) found that in order for the U.S. to do its fair share to limit the rise in global temperatures to 1.5°C by the end of the century — the goal of the Paris agreement — the country must slash at least 57% to 63% of its emissions by the end of the decade and provide financial support to developing nations striving to transition away from climate-destroying fossil fuels.

Having officially rejoined the Paris agreement earlier this year, the Biden Administration is currently preparing to unveil a new domestic emissions reduction target, known as a Nationally Determined Contribution (NDC). The U.S. is expected to announce its Paris agreement pledge for 2030 prior to a climate leaders’ summit the White House is hosting on Earth Day, which falls on April 22.

US @ClimateEnvoy said this week he wants to be judged on what he delivers in a #climate plan… well – @climateactiontr reckon a good target = at least 57-63% below 2005 levels by 2030 + $$$ support for poorer nations. pic.twitter.com/3U40YndGA1

The report emphasizes that “setting a strong and fair NDC is only the first step.”

“Even if President Joe Biden were to adopt the Paris Agreement 2030 target we suggest he should, he still needs to implement policies to get the U.S. onto this emissions pathway towards zero greenhouse gas emissions,” said Professor Niklas Höhne of NewClimate Institute, one of the two CAT partner organizations.

“He has already announced a number of plans, which are positive first steps,” Höhne added, “but not all of them are Paris Agreement compatible, nor would they be enough to meet our suggested 1.5˚C compatible target.”

CAT analyzed Biden’s plans for three sectors of the U.S. economy — power, transportation, and buildings — and compared them with Paris agreement-compatible benchmarks defined in a previous study.

According to the new report:

The research conducted by CAT demands bolder climate policies to slash emissions more thoroughly and rapidly than others have proposed.

As Reuters reported, “European Union officials … are calling on Washington to reduce emissions at least 50% this decade below 2005 levels,” while environmental groups, including the Union of Concerned Scientists, World Resources Institute, Environmental Defense Fund, and Natural Resources Defense Council “have coalesced around a 50% reduction target for 2030.”

“For President Biden to show true climate leadership, we would want to see him coming forward with an ambitious, science-based target that would encourage domestic action toward decarbonizing the economy,” said Bill Hare of Climate Analytics, the other CAT partner.

“It would be a major boost to international climate cooperation,” Hare added. “Having the U.S. taking such strong action would reverberate across the world, and result in other countries also stepping up to adopt the kind of targets they need to make global net-zero a reality.”