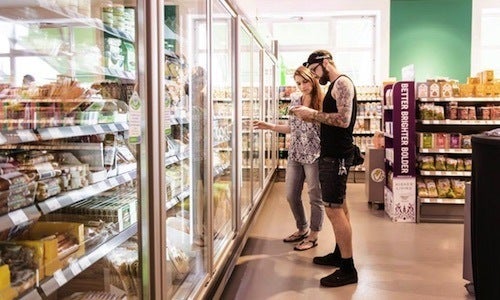 Vegan products are usually relegated to a tiny section in conventional grocery stores, but Portland, Oregon will soon be home to an entire vegan supermarket.

Veganz, the first and world’s largest vegan grocery store chain, will set up shop in the famously crunchy city later this year. Along with a supermarket, Veganz also plans to open a shoe and clothing store and restaurant in Portland. 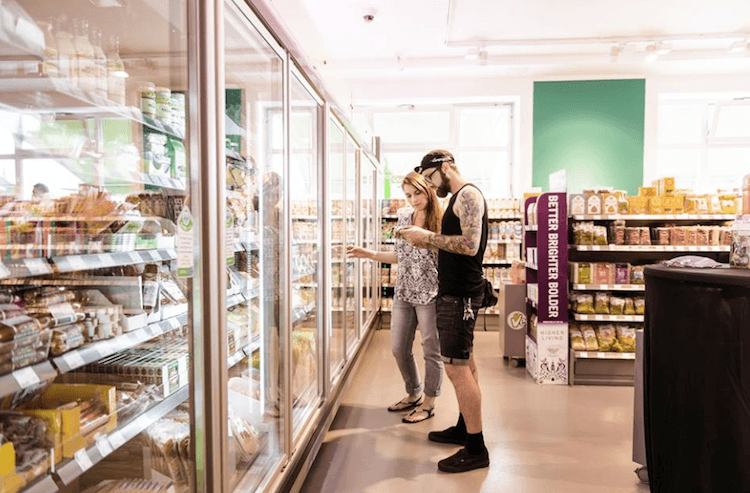 The chain was founded in February 2011 in Berlin, Germany by former Mercedes-Benz manager Jan Bredack after he found bountiful vegan options during his travels around the U.S. and Russia, German news site The Local reported.

Bredack, who became a vegan in 2009, said he found it hard to “shop normally” at home. Germany, after all, is the meat-loving home to 1,500 different types of sausages and cold cuts.

Bredack said he wants to make vegan shopping easier for everyone and noted that his stores appeal to omnivores as well, estimating that 80 percent of his customers are neither vegan nor vegetarian.

“It should be really simple,” he told The Local. “People shouldn’t have to cut out anything.”

Veganz imports goods from 30 countries worldwide and sells thousands of vegan products, including plant milk and cream, fake meats and fish, vegan ice creams, vegan cheeses and sweets, as well as toiletries and cosmetics. You can see the incredible range of products they have at its Berlin branch here.

Currently, there are more than 10 branches across Europe, including Berlin, Frankfurt, Hamburg, Munich, Essen, Cologne, Prague and Vienna. Veganz’s first branch in the UK will reportedly offer more than 6,000 vegan products.

In the video below Bredack, talks about his plans to take Veganz food products on-the-go with a food truck for festivals, music and sports events.

Although the U.S. is still heavily a nation of meat eaters—vegans make up roughly 6 percent of the U.S. population—Americans have certainly reduced their meat consumption in recent years.

Besides a growing list of health concerns, more and more people are also considering the environmental consequences of meat and animal products. That’s because a Western-style diet rich in meat and dairy produce will lead to an 80 percent increase in greenhouse gas emissions from agriculture, according to Tim Redford of the Climate News Network.

A 2014 research paper from UK think tank Chatham House, Livestock—Climate Change’s Forgotten Sector, explained why it may be necessary for a lot more people to go vegetarian or at least dial down their consumption of meat and dairy products.

Greenhouse gas emissions from livestock, the study said, account for about 14.5 percent of the global total, more than direct emissions from the transportation sector and more than all the emissions produced by the U.S., the world’s biggest economy.