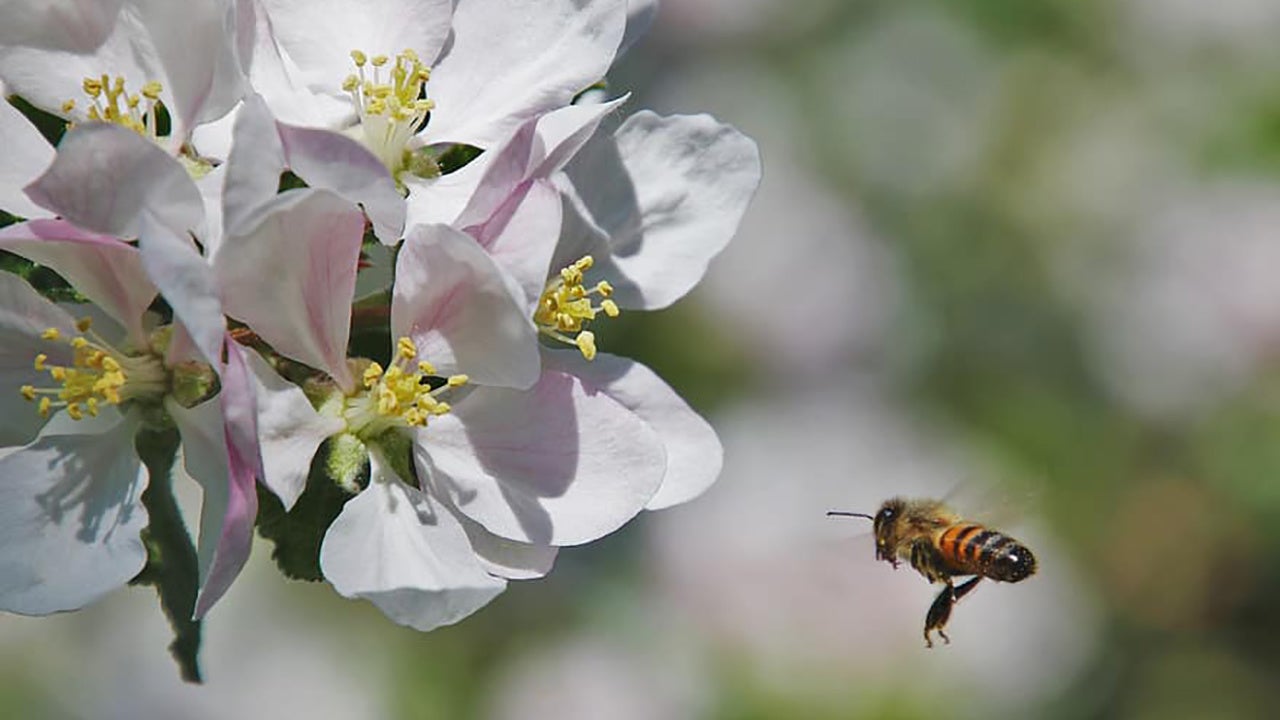 Without bees, future generations may not be able to identify with adages like, “An apple a day keeps the doctor away.”

Crop yields for key crops like apples, cherries and blueberries are down across the U.S. because of a lack of bees in agricultural areas, a Rutgers University-led study published Wednesday in The Royal Society found. This could have “serious ramifications” for global food security, reported The Guardian.

The scientists wanted to understand the degree to which insect pollination, or lack thereof, actually limits current crop production. Surveying 131 locations across major crop-producing areas of the U.S., they found that five out of seven crops showed evidence of “pollinator limitation” and that yields could be boosted with full pollination, the study said.

“The crops that got more bees got significantly more crop production,” said Rachael Winfree, an ecologist and pollination expert and the senior author of the paper, reported The Guardian. “I was surprised, I didn’t expect they would be limited to this extent.”

The research further noted that pollinator declines could “translate directly” to decreased production of most of the crops studied and that wild bees “contribute substantially” to the pollination of most studied crops.

Declines in both managed honeybees and wild bees raise serious concerns about global food security, the study said, because most of the world’s crops rely on pollinators.

Bees and other pollinators like bats and birds underpin the global food system, but their populations are dwindling due to human activity including settlement building, pesticide use, monoculture farming and climate change. This is part of what many are calling the “insect apocalypse,” a precipitous decline in insects across the globe.

Wild bees, in particular, suffer from loss of flowering habitat, toxic pesticide use, and climate change, The Guardian reported, and managed honeybees have fallen to disease. Overall, three-quarters of the world’s food crops are dependent up pollinators and could falter due to lack of bees, the news report added.

According to the United Nations Food and Agriculture Organization, crop production has increasingly become dependent upon insects and other pollinators over the past 50 years by 300%, The Guardian reported. At the same time, farming has become more intensive to produce enough volume to feed a growing global population, the news report said, by flattening wildflower meadows, spraying insecticides and using monoculture crops ‒ all tactics which damage bee populations.

“Pollination shortfalls” could cause certain fruits and vegetables to become rarer and more expensive, The Guardian reported. This could trigger nutritional deficits in diets as fresh foods are replaced by rice, wheat and corn, which are pollinated by wind rather than insects.

The study estimated that the five limited crops are valued at over .5 billion annually, and decreased yields or production seriously undercut that. They also noted that the value of all pollinator-dependent crops is much higher. A 2019 UN-backed assessment estimated that pollinator loss could threaten 5-577 billion in annual crop output globally.

The study suggested adopting better conservation or augmentation methods for wild bees, such as enhancing wildflowers, using managed pollinators other than honey bees to boost crop yields and investing in honey bee colonies, reported Futurity. The paper also recommended farmers review how much pollination might be needed to boost crop yields and assess whether pesticide and fertilizer levels used remains appropriate, The Guardian reported.

“The trends we are seeing now are setting us up for food security problems,” Winfree told The Guardian. “We aren’t yet in a complete crisis now but the trends aren’t going in the right direction. Our study shows this isn’t a problem for 10 or 20 years from now – it’s happening right now.”