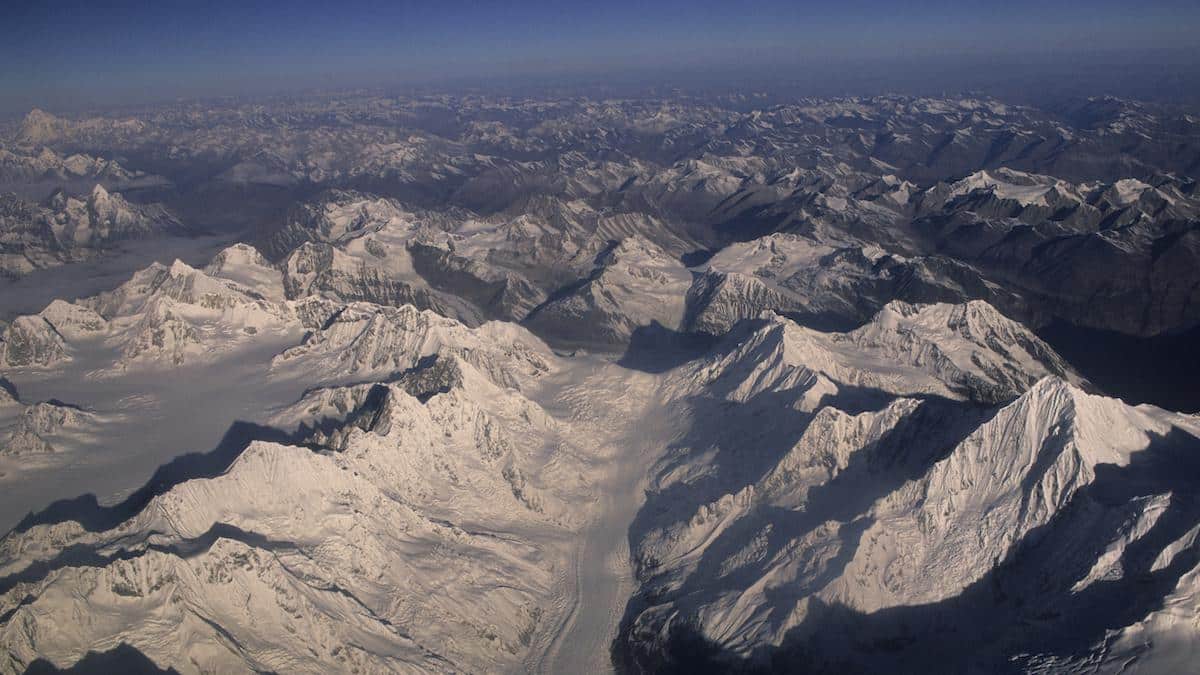 Researchers have uncovered 33 viruses preserved in ancient glacier ice, and 28 of them are previously unknown to science.

The research, published in Microbiome on Tuesday, was based on two ice samples from the Tibetan Plateau in China that are nearly 15,000 years old. It offers an example of how scientists can study glaciers to better understand the history and future of global change.

Glaciers are useful knowledge banks because they accumulate ice year after year, with each layer preserving the atmospheric conditions at the time of its formation. These particular ice cores came from the Guliya ice cap, 22,000 feet above sea level.

“These glaciers were formed gradually, and along with dust and gases, many, many viruses were also deposited in that ice,” study lead author and Ohio State University Byrd Polar and Climate Research Center researcher Zhi-Ping Zhong told Ohio State News. “The glaciers in western China are not well-studied, and our goal is to use this information to reflect past environments. And viruses are a part of those environments.”

The viruses they found were largely unknown to science. Four of them had been previously catalogued and were viruses known to infect bacteria. In general, they concluded that the viruses in the ice had originated with soil and plants and not humans or animals. And about half of them shared a unique characteristic: They survived precisely because of the frigid conditions in which they were found.

“These are viruses that would have thrived in extreme environments,” study co-author and Ohio State microbiology professor Matthew Sullivan told Ohio State News. “These viruses have signatures of genes that help them infect cells in cold environments – just surreal genetic signatures for how a virus is able to survive in extreme conditions.”

The study of glacier-trapped viruses is an emerging field: Only two previous studies have also found viruses in ancient glacier ice. However, the climate crisis has made this a topic of increasing concern.

“We know very little about viruses and microbes in these extreme environments, and what is actually there,” senior study author and Ohio State earth sciences professor Lonnie Thompson told Ohio State News. “The documentation and understanding of that is extremely important: How do bacteria and viruses respond to climate change? What happens when we go from an ice age to a warm period like we’re in now?”

Climate change also raises the concern that the melting of ice could unleash frozen microbes on human hosts. This is especially the case with the Arctic permafrost. A boy in the Arctic circle, for example, died from anthrax poisoning, potentially after coming in contact with a reindeer carcass that had thawed after 75 years.

“As a consequence of permafrost melting, the vectors of deadly infections of the 18th and 19th Centuries may come back,” Boris Revich and Marina Podolnaya wrote in a 2011 study, as EcoWatch reported in 2017, “especially near the cemeteries where the victims of these infections were buried.”