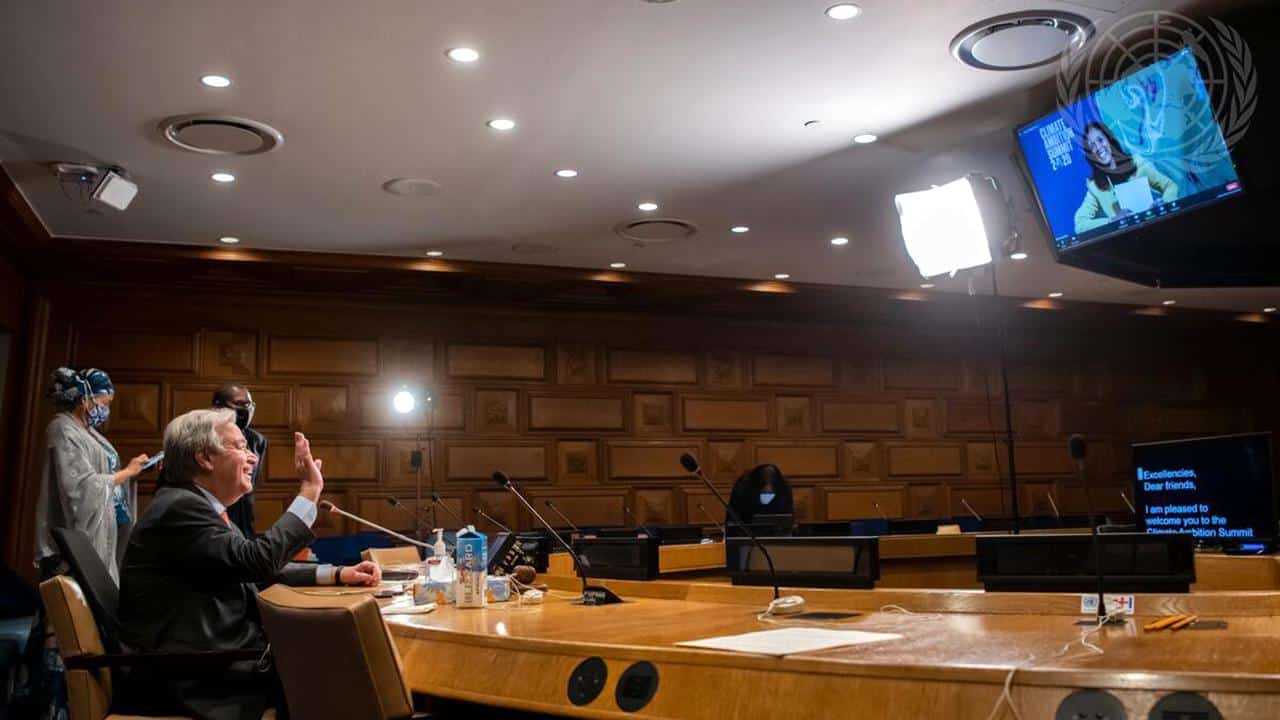 World leaders should declare a “climate emergency” in their countries to spur action to avoid catastrophic global warming, UN Secretary-General Antonio Guterres said in opening remarks at a climate summit on Saturday.

On the fifth anniversary of the 2015 Paris Agreement, more than 70 world leaders are due to address the one-day virtual meeting in the hope of galvanizing countries into stricter actions on global warming emissions.

Guterres said that current commitments across the globe did not go “far from enough” to limit temperature rises.

“Can anybody still deny that we are facing a dramatic emergency?” Guterres said. “That is why today, I call on all leaders worldwide to declare a State of Climate Emergency in their countries until carbon neutrality is reached.”

The UN chief said economic recovery packages launched in the wake of the coronavirus pandemic represented an opportunity to accelerate the transition to a low-carbon future — but warned so much more needs to be done to ward off catastrophic consequences.

Watch live: Global leaders meet virtually at the Climate Ambition Summit to commit to renewed and increased #ClimateAction as we mark the fifth anniversary of the #ParisAgreement.https://t.co/WoapTJVje8

“So far, the members of the G20 are spending 50% more in their stimulus and rescue packages on sectors linked to fossil fuel production and consumption, than on low-carbon energy,” Guterres said.

“This is unacceptable. The trillions of dollars needed for COVID recovery is money that we are borrowing from future generations,” he said. “We cannot use these resources to lock in policies that burden future generations with a mountain of debt on a broken planet,” he added.

China and India vowed to advance their commitment to lower carbon pollution at the summit.

President Xi Jinping was one of the first leaders to address the virtual conference and he said China will boost its installed capacity of wind and solar power to more than 1,200 gigawatts over the next decade. Xi also said China will increase its share of non-fossil fuels in primary energy consumption to around 25% during the same period.

Prime Minister Narendra Modi said India was ramping up its use of clean energy sources and was on target to achieve the emissions norms set under the 2015 Paris agreement.