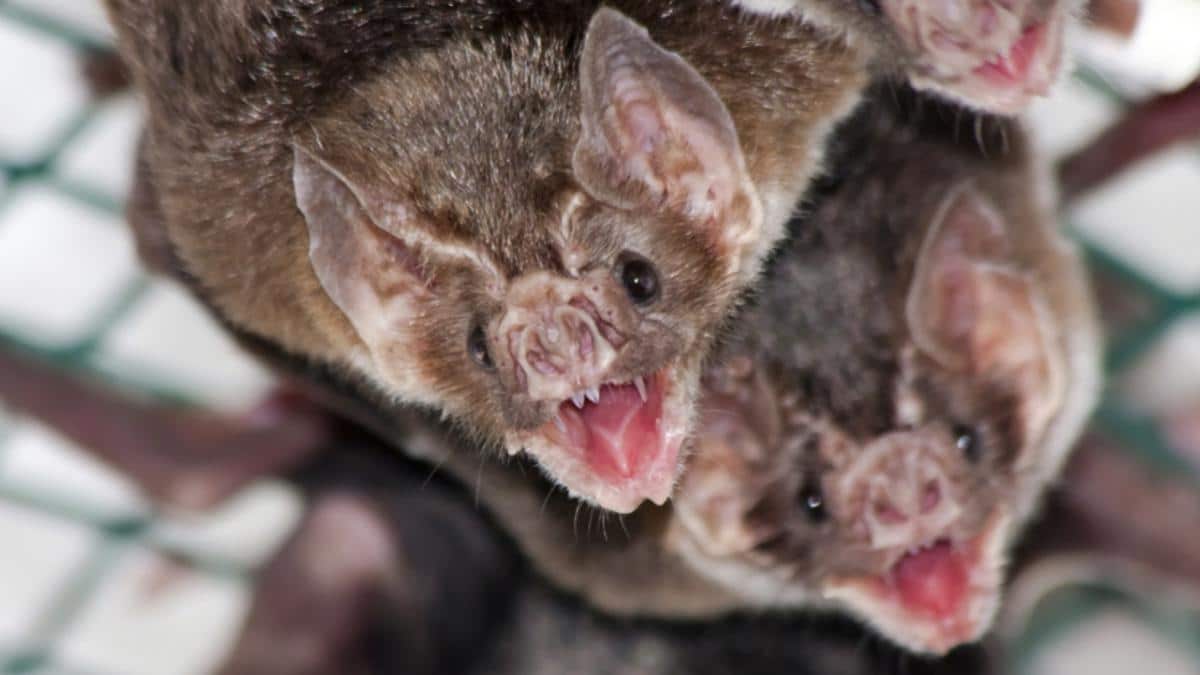 An example of two vampire bats in the midst of grooming. Oasalehm / Wikimedia Commons / CC by 4.0

Vampire bats may have a blood-chilling name, but they are capable of some seriously heart-warming behavior.

In a study published in Royal Society Open Science on Wednesday, scientists observed a female bat adopting a baby bat after its mother, who was also her best friend, passed away.

Vampire bats have been observed adopting orphaned babies in the past, the study authors wrote. But what made this observation unique is that scientists were able to document the entire friendship history between the two female bats.

Razik was among the OSU researchers studying vampire bats at the Smithsonian Tropical Research Institute (STRI) in Panama, STRI explained. The researchers were trying to understand how vampire bats form social bonds. To do so, they captured 23 adult bats and three juvenile bats from three different colonies, according to OSU. They placed the bats together and recorded their interactions, making sure to capture any bonding activity that lasted at least five seconds. Over four months, their surveillance cameras captured a total of 652 hours of footage.

During the course of the experiment, one bat named Lillith got sick and died, so another bat, BD, adopted her pup. The researchers then realized they had access to the entire history of the two bats’ relationship.

By reviewing the footage, the researchers confirmed that before Lilith died, BD and Lilith groomed each other more than they did any other bat, and that BD gave more food to Lilith than other bats did. After Lilith died, BD went on to groom and feed her pup more than any other bat in the colony. She even began lactating to nurse the pup on the day Lilith died, despite not being pregnant herself.

“I manually expressed milk from BD’s nipple, and I thought, ‘wow, she’s actually nursing this pup,’ and I knew this was a really great story,” Razik told New Scientist.

BD continued looking after the baby when the study ended, according to OSU.

The research adds further support to the hypothesis that vampire bats were more likely to adopt orphaned babies if they had a close relationship with the deceased parent, the study authors wrote. However, there is still more to learn.

“We still don’t know if, or how often, adoption may happen in the wild,” Rachel Page, study coauthor and STRI staff scientist, said in the release.

The study could also have broader implications for how the brain works in parenting situations.

“Studying adoption might give us insight into what immediate factors in the brain or environment affect parental-care decisions,” STRI Research Associate Gerry Carter said in the release.

“As a new parent myself, I have come to realize the utter power of baby cuteness! I feel that my brain has been completely rewired. Most of us can understand the strong desire to adopt and care for a cute puppy or kitten, or to take on the ultimate responsibility of adopting a child. Regardless of why these traits exist, it is inherently fascinating to consider the neuroendocrine mechanisms that underlie them, the stimuli that trigger them, how they differ across species or individuals and how these traits might even be pre-adaptations for other forms of cooperation.”